I hope everyone enjoyed a long weekend!

Levelland Middle School is excited for the GEAR/Robotics competition this Spring hosted by Texas Tech College of Engineering and sponsored by SM Energy. The robot game board was revealed last Saturday during the kickoff event at Texas Tech. Students are pretending their robot is working for a waterpark and is in charge of sorting, collecting, and delivering the inner tubes at the warehouse. The trial run will be on March 7th, and Game Day will be on April 4th at All Saints Episcopal School. They are all competing to make it to playoffs on April 25th to play against the best in West Texas! The other two GEAR locations are in Frenship and Midland, Texas. #LevellandISD 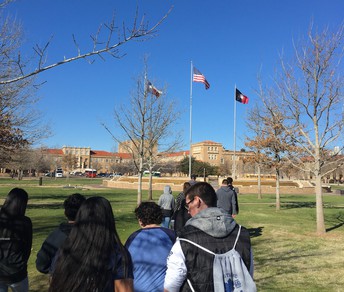 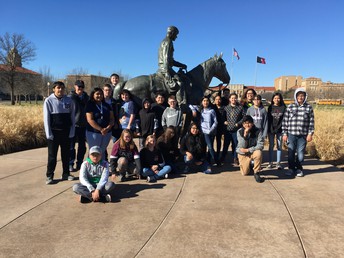 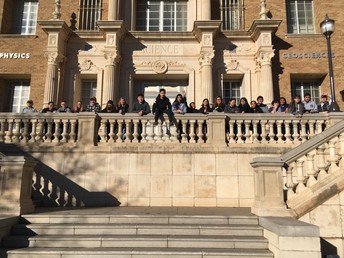 LIS Counselor, Sandy Billington is teaching students Growth Mindset and Grit. Grit is having the persistence to stay focused on a goal and resilience to keep working toward the goal, even if presented problems. Mrs. Billington gave students the Gritty Paper Challenge: a task of getting a piece of paper to stand up in a certain way. They had to fold and cut the paper to solve the problem of completing the challenge. Some students failed multiple times as it was tricky, but and they had to keep trying. Many were successful! Mrs. Billington also made her lesson real by introducing celebrities that had failed, but who also showed grit and became successful: Michael Jordan, Dr. Seuss, Oprah Winfrey, The Beatles, Steve Jobs, and Albert Einstein. Mrs. Billington made it clear that everyone fails, and that failing is a part of being successful in all areas of life. She continued to teach students that challenges give our brain strength. Students also completed a mini personality test where they answered 20 questions, which gave them some career ideas of what they could be good at in life when they got older. Thank you, Mrs. Billington, for teaching students about grit and starting the spark of what they might do later in life. 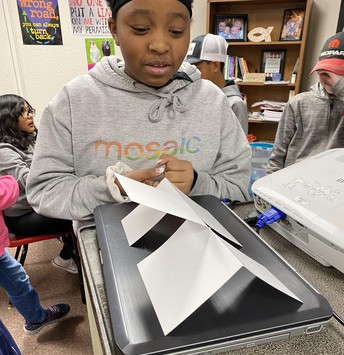 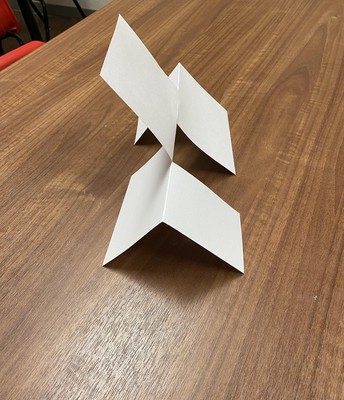 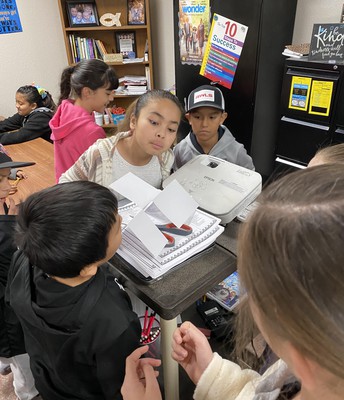 LIS students in Mrs. Abi Swain's Library enjoy completing puzzles each week in MakerSpace. The United States puzzle is a favorite. Students set up competitions between themselves to see who can finish first. Solving puzzles reinforces existing connections between our brain cells and increases the generation of new relationships. This, in turn, improves mental speed and thought processes, all while helping students learn United States geography! Great job LIS kids! 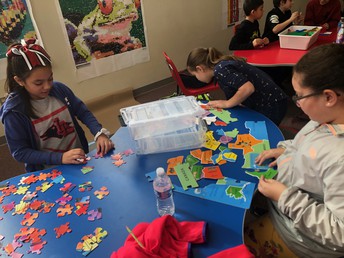 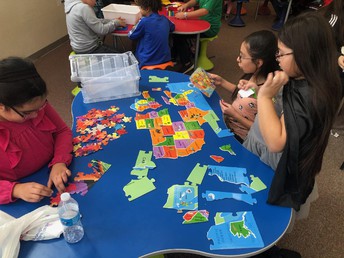 Capitol students and staff are so excited that they have new furniture in their libraries. Last year the LISD School Board granted money to update the libraries, and Capitol purchased some special seating for students to enjoy reading in the library. This year Librarian, Mrs. Pam Alexander saved money to purchase new work tables and chairs in vibrant colors.

These new tables and chairs really pep up the library and make it a great place to be. Modern libraries require furniture that enables collaboration, have great work surfaces, and make students want to be in the library. Thanks, Mrs. Alexander for making your library a fantastic place to learn! 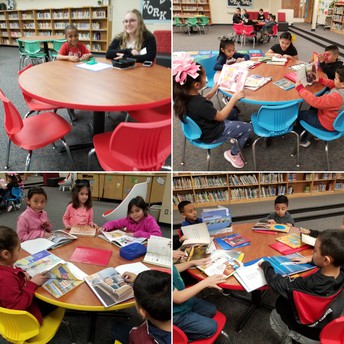 Second grade students in Ms. Amy Kenley's class at South Elementary are studying Black History Month during February. This month is a time for all Americans to celebrate the achievements of African Americans and recognize their central role in American history. The month of February was chosen to coincide with the birthdays of President Abraham Lincoln and noted civil rights advocate Frederick Douglass. African American’s have impacted our society throughout history and in numerous ways. Ms. Kenley's class enjoyed reading many books from the South library and writing about Martin Luther King Junior. Awesome job, kids! 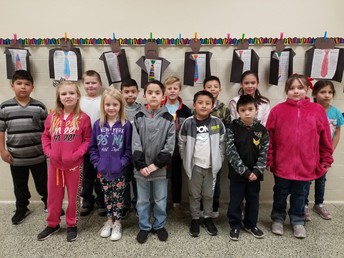 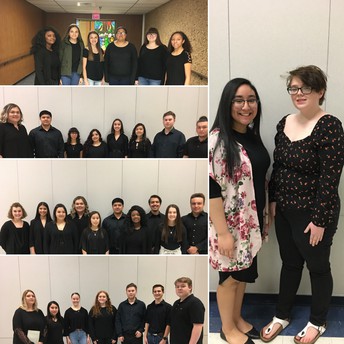 South Elementary Librarian Mrs. Roxanne Toney hosted a Family Read and Activity night! Parents had the pleasure of hearing their kids read, they made Valentine's cards, they participated in activities, and they had fun in the photo booth! Thanks to all the parents that took time out for their kids on a cold evening! 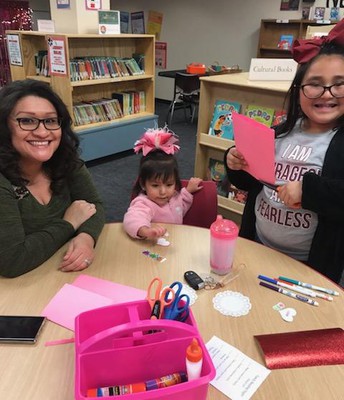 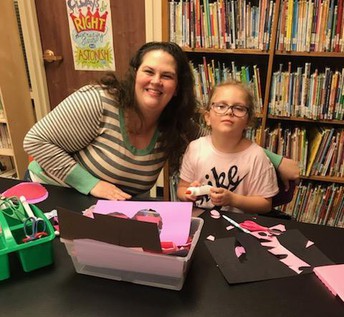 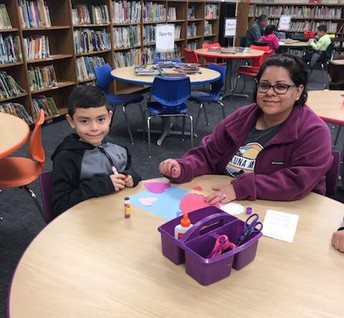 LHS hosted a Senior Ring Ceremony for students purchasing their senior rings. Each student’s name was called out and then that student stepped through a giant blow-up ring onto the stage to accept their ring. The ring is in a closed box, and the box stays closed as the student returns to their seat. This continues until all the students have received their rings and are once again back in their seats. At this point all the students are asked to stand and then, all at once, they are asked to open their boxes and reveal their rings. It was a nice honor for those involved! 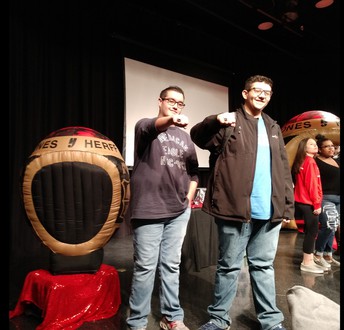 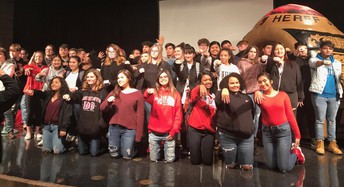 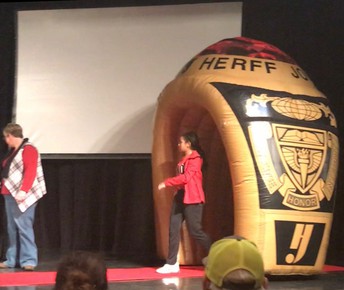 ACE students at ABC had a guest speaker from the Science Spectrum that introduced them to chemistry. Anastacia performed science experiments in front of the students to teach them about polymers and how they stretch, and about building a hypothesis and getting reactions. It was amazing that students that young were introduced to concepts of higher-level thinking! 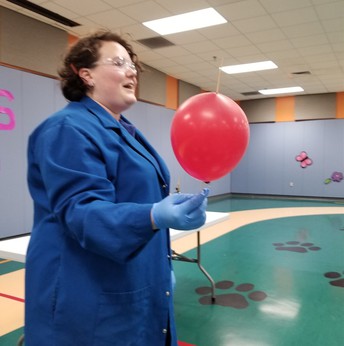 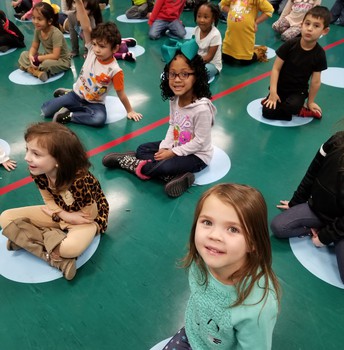 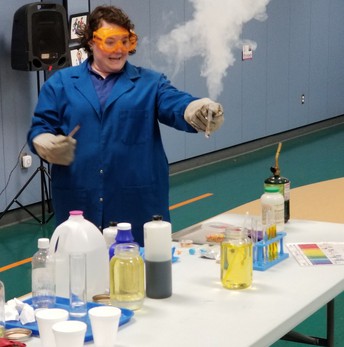 LISD takes pride in keeping our educators healthy. Wellness members took advantage of the free Wellness Screening by having bloodwork, a cardiac test, a heart function screening, and more. The results will give employees ideas to improve their health and make better choices for themselves so that they are healthy to educate our lucky students. Thank you, Angie Mohon, for organizing everyone's testing in LISD that wants to improve their health! 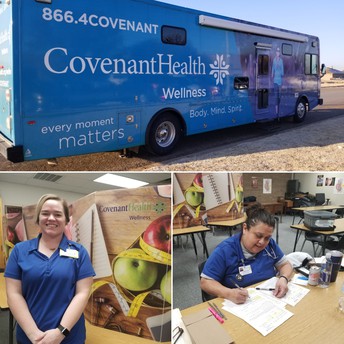 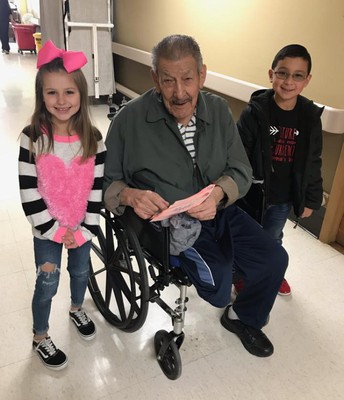 Thank you for your support of Bill's Backpacks! It is a great way to give back and support our students at LISD. You can find more information on Bill's BackPacks at https://www.billsbackpacks.org/. Bill's BackPacks food of the month is cereal cups. Monetary donations are accepted at AimBank and LISD Administration Building. Your donations can be dropped off at Aim Bank, City Bank, College Avenue Animal Clinic, John Roley Autoplex, Levelland Chamber of Commerce, LISD Administration Building, and all LISD campuses. 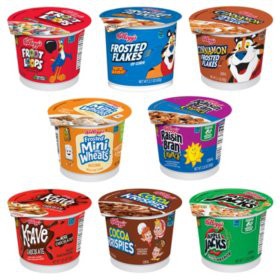 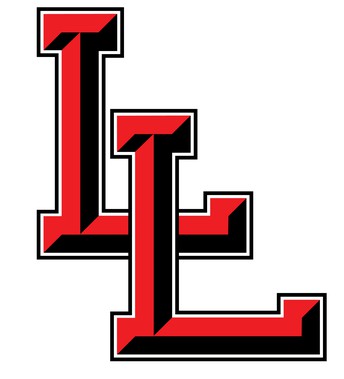