Come on down tonight, Wednesday, March 22, for open house!

It will be fun! The school band will be performing (they worked very hard), you will be able to see the progress that our students have made, and also see all of the work that they have done this year.

Also if you are a student that have not been to Goff Middle School come on down to open house, and the teachers will be in the classes talking about what they teach and the school for about 10 minutes.

Hey guys! As you know it’s Women’s History Month, where we remember the women who fought for women’s rights for equality of men and women.

Here are some of the women who fought for women’s rights.

What had led to Susan’s fight was when she discovered she wasn’t allowed to speak at temperance rallies because she was a woman. She then joined the women’s rights movement in 1852.

Tired of the discrimination and the unfairness against women, Susan B. Anthony illegally voted in a presidential election in 1872, even though the rule was that women couldn’t vote. She was arrested and fined $100… but she never payed it.

Susan B. Anthony died on March 13, 1906. Women still weren’t allowed to vote. Until in 1920, 14 years after her death, the 19th Amendment to the U.S. Constitution, giving women the right to vote, was passed. For the recognition for her dedication and hard work, In 1979, the U.S. Treasury Department put Anthony’s portrait on one dollar coins, making her the first women to be honored that reward.

Harriet Tubman was born into slavery in 1820, but she successfully escaped in 1849. Even though she was free, she realized that many other people weren’t free, and decided that it was her mission to save them.

Slaves were either kidnapped or smuggled from Africa, all slaves were black people. Slaves were treated unfairly and poorly. The owners who treated the slaves unfairly were very violent with the slaves. Harriet, her family, and many other slaves were brutally beaten and injured by their owners for disobeying them or for small reasons. They had to work night and day, getting no sleep at all, and had to serve for many years.

Harriet risked her life and freedom and returned many times to rescue her family members and other slaves from the evil system. Tubman led hundreds of slaves to freedom in the North and became the most famous “conductor” on the Underground Railroad, a secret network of safe houses organized for it. She helped the Union Army during the war, and worked as a spy and played many roles.

After the Civil War ended, Tubman dedicated her life to helping former slaves and the elderly, and established her own Home for the Aged. Harriet Tubman passed away on March 10th, 1913. In honor of her life and by a popular online poll, in 2016, the U.S. Treasury Department announced that Harriet Tubman will replace Andrew Jackson on the center of a new $20 bill.

Because of her bravery to help slaves, many slaves were led to freedom, and new life opportunities.

Malala Yousafzai was just a young child fighting for girl’s education. In her country, Pakistan, most men there didn’t allow women to do many things. What was even worse, they didn’t allow most girls to go to school. Girls usually couldn’t go to school to get an education like the men did. The men went to school, did whatever they want, and ruled their country/nation. She then attended a school that her father founded.

Trouble resulted when the Taliban started issuing death threats against her. On October 9th, 2012, Malala was shot in the head by a Taliban gunman when she was coming back from school. She was hospitalized in Peshawar and was left in critical condition.

After the attack, Malala went to the United Kingdom. She was taken out of a medically induced coma. She required multiple surgeries. In March 2013, Malala started attending a new school in Birmingham, England.

Massive people started supporting Malala after the shooting, support which continued while she was recovering. She then released her book called "I Am Malala: The Girl Who Stood Up For Education and Was Shot by the Taliban". Even after her success, the Taliban still considered her a target.

Even though she is still getting threats, Malala remains a strong advocate for the power of education. In 0ctober 2014, Malala Yousafzai won the Nobel Peace Prize. She continues to fight for girls' rights to learn, and for all girls to have the same opportunities a man has.

Because of Malala’s strong and wise power, many girls in Pakistan started going to school and getting an education. Because of her, many girls can be smart just like a man can, and today she still fights for girls rights.

Well…. that wraps up the Women’s History Month information! Hope you enjoyed! 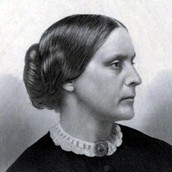 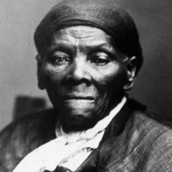 Helped slaves to freedom on the Underground Railroad

Works for girls education around the world

Today's books recommendation is going to be about the book called “The Lie Tree” by Frances Hardinge. This book is about a sinister Victorian murder mystery that revolves around the force of lies, the power of patriarchal society and revenge.

When Faith's family suddenly moves to the dull, rainy island of Vane she is told that her father is visiting an archaeological dig, but soon she begins to be suspicious of it. This book is full of mystery and different twists that will leave you at the edge of your seat. I didn’t spoil this book for you a lot. But anyways, this book is great, and I would definitely recommend this book to you. Visit your school or local library to see if this book is available for you.

This is Goff Gazettes Newspaper Book Recommendation reporter Tarsha. Check back next week for a new book recommendation update. 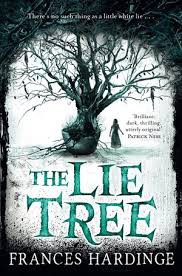 Q: What do you call cheese that's not yours?

Q: How do you make a tissue dance?

A: You put a little boogie in it.

The girls season came to an end. They lost the first round of the playoffs but that is okay because at least they tried their hardest. At least you know their name, GOFF GIRLS GLADIATORS! 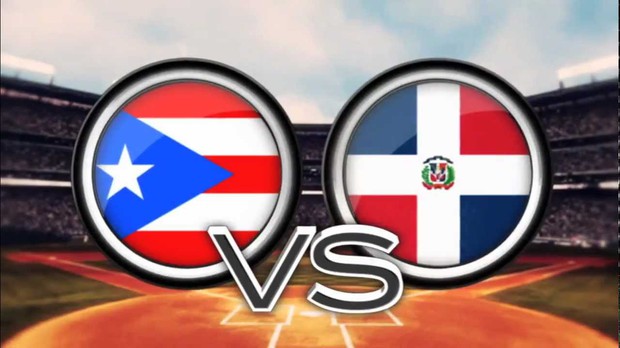 An Interview with Mrs. Stanzione

1Q. How long have you been a teacher ?

1A. I have been a teacher here at Goff for 12 years. Before coming here I worked at Jenks giving me a grand total of 30 years in the Pawtucket School Department.

2A. My favorite classroom memory occurred when my son, Logan, was a 7th grader here. Although he wasn’t one of my students, I had a 7th grader, Ty, who looked and acted very much like my son. One day I was frustrated because Ty was talking and not paying attention to my lesson. I looked at him and yelled my son’s name. The entire class became quiet and Ty sheepishly said, “Um...Miss... I’m not your son.” At that point I started laughing. A year later Logan and Ty became friends through baseball and are still friends to this day. This is my favorite memory because I have been able to watch this particular student grow into an adult.

3Q. What are some of your hobbies?

3A. One of my hobbies is writing. I have 3 paranormal young adult novels in print. They are Salem’s Sight, Salem’s Sacrifice, and Salem’s Search. You can find all three right here in the Goff library.

4Q. What’s one of your favorite units/lessons to teach your students?

4A. One of my favorite units to teach is the poetry unit. I love teaching literary devices and different types of poetry.

2.) Silver necklace with a moon on it.

3.) 2 cell phones have been turned in to the office.

If you think any of these belongings might be yours go to the office and describe it to Ms.Machado.

This one goes out to Mr. Dupre:

Don't let your dreams be dreams,

Let them be DESTINIES! 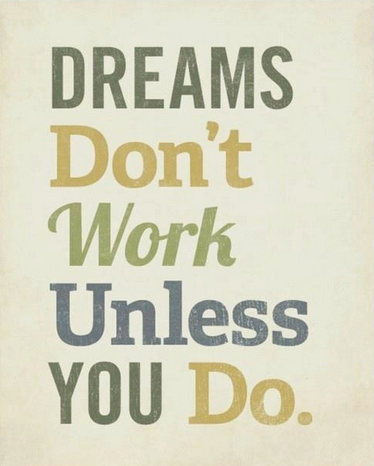