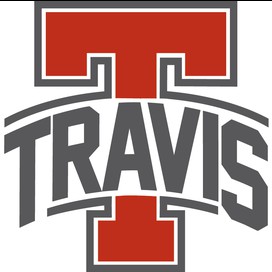 Get email updates from Travis High: 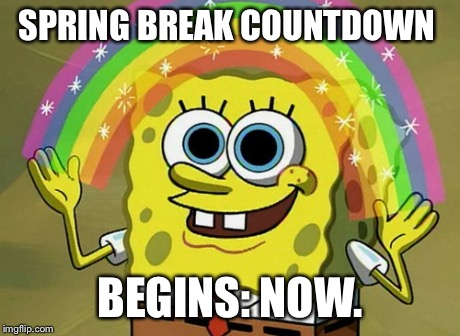 THIS WEEK AT A GLANCE:

5 days til Spring Break! We know EVERYONE is ready! Thank you in advance for your diligence in duty and supervision this week!

It's time to nominate February ROAR Awards! Deadline is Friday - use button below!

TIGER TUESDAY: Warm Up with the TIGERS! Stay warm in your best sweats!

Good Luck to Tennis and Track at competitions today!

This week's Tiger Shout Out goes to Ms. Benson and Ms. Olivacce! They have worked diligently the last few Fridays to cover many uncovered teachers! We truly appreciate your hard work! Thank you!

ROAR is Recognizing Outstanding Academic Results! Recognize one of your students that stood out in the month of February!

If you are a teacher of an underclassmen we need your assistance in nominating students for an award for Underclassmen Awards Night on Thursday, April 25. Below you will find a link to a form. Please fill the form out with your student nomination.

You may nominate any student that has shown improvement in an academic throughout the 2018-2019 school year. We want to highlight our students that don't often receive academic accolades and those students who have shown growth/progress this school year.

The window for teacher nominations is Friday, March 1-Friday March 8 at 4:00.

If you teach seniors please do not fill this form out. An email will be sent at a later date with the form for senior nominations.

If you have any questions or concerns, please let Ms. Johnson know.

This is the LAST week for AP Exam Registration! Students registering this week will have to pay a late registration fee. There will be NO registrations allowed after Thursday! 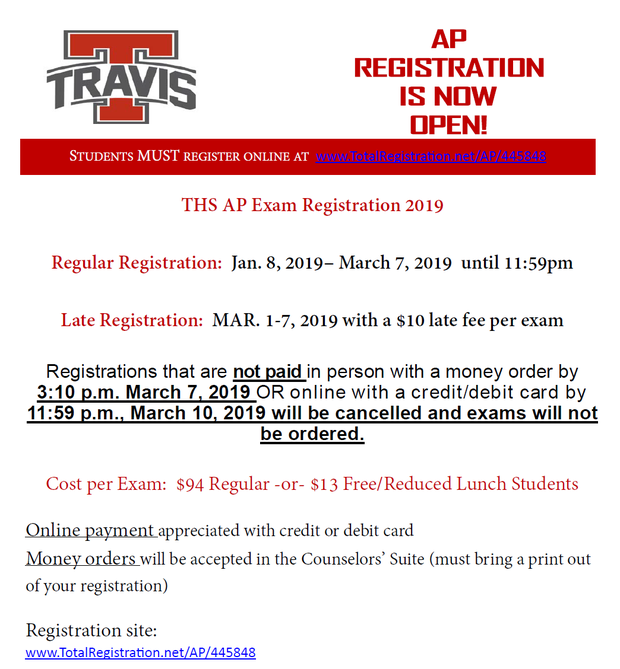 Decision Day will be held on April 26th this year and we are working hard to get some fun donations for our seniors! If anyone has it in their heart to donate for Decision Day – we would LOVE it! Some ideas might be college dorm items, gift cards, coffee maker, food gift cards, gas gift cards, or laundry items (they may not realize they want this yet) lol

ANY donations are welcome and much appreciated!

PLUS – JEANS FOR THE MONTH OF MARCH for anyone who donates!

Use of Edgenuity for Grade Repair

Thank you to all of our teachers that are utilizing grade repair in Edgenuity to increase student success! Please remember that if you are assigning units or lessons in Edgenuity for grade repair - you must use those courses marked Blended. OC and CR are for full credit classes.

If you are not yet taking advantage of Edgenuity for grade repair and would like additional information, please contact Mrs. Blake or Coach Lane. They can assist you with log in procedures and assigning lessons.

Don't forget to recognize your students with a POSITIVE OFFICE REFERRAL!!

The Positive Office Referral should be used when a teacher wishes to reward a student for something academic or behavioral. This differs from the ROAR award in that Positive Office referrals can be issued at any time and for any positive behavior worthy of reward. The ROAR award is for students working hard over a period of time and producing academic results. To submit a Positive Office Referral, CLICK HERE. Students that receive a POR will be called in by an administrator and will also be awarded 25 Tiger Pride points!

Thank you, Mr. Pope for adding to our toolkit by keeping it positive in the classroom!

(aka The Effect of Positivity on Your Bowling Game)

Take a step back and ask yourself: do others view me as an overly positive or negative person? Do you ever reflect on this? You should. Your students do. Now, they don’t carry around “Positivity Meters” to get concrete data on which of their teachers are the most positive. I’m pretty sure there’s not an app for that, either……yet.

Now, there may be some who have read this far (thanks, guys – please keep going) and are thinking to themselves, “Pope, I just teach. I don’t really dig too dip into the contents of what I say.” Consider this message a call for each of you to be more introspective about the quantity of the positive feedback you give your students. In the 1990’s, John Gottman (University of Washington) researched positive vs. corrective feedback and found that the “magic ratio” is five parts positive against one part corrective. In other words, to be viewed as a decidedly positive feedback-giver, we should offer up five PLUSSES for every MINUS we put out there.

In 1982, researchers studied positive reinforcement by videoing two groups of amateur bowlers. The first group, after bowling several games, were shown replays of their bowling that highlighted only the mistakes they’d made. The second group, subsequent to their bowling sessions, were shown montages of their successes and highlights. After reviewing their respective videos, both groups showed improvement; however, the positively-reinforced group improved their scores at a scale that doubled those of the negatively-reinforced group. What’s the moral of this story? Clearly negative/corrective feedback can bring about improved performance, but POSTIVE reinforcement is WAYYY more impactful. It resonates with people.

Probably one of the most powerful quotes we’ve discussed as a group recently came from the Rita Pierson TED Talk in which she so wisely stated, “Kids don’t learn from people they don’t like.” Friends, PLEASE think about this. I beg you. In fact, take seven minutes and forty-five seconds to re-watch this excellent talk by CLICKING HERE. An extension of this thinking would be the notion that kids LIKE teachers who give them a POSITIVE feeling about themselves and their learning.

A 2007 study revealed that, on average, people say roughly 16,000 words per day. Let’s get more “bang” for our verbiage “buck” and make those 16,000 words decidedly more positive. The sky is the limit on how our kids would respond.

And lastly, you look amazing today.

As discussed at the faculty meeting, we are rolling out opportunities to observe other teachers to see the many amazing things we have going on at Travis High School!! Use the links below to request to observe another teacher and/or let us know you are willing and able to be observed!

If you or your PLC would like to observe classrooms, please use this request link: https://goo.gl/forms/qLZNDRfCTr4w4vOq2

Copy of Exemption Criteria for you to Print and Post

- If a student is doubled up in Science, can they exempt both? Yes, they can as long as they don't exceed the total number of exemptions.. For example, a junior may choose to exempt two science courses, 1 social studies, 1 math, and choose to take their English final.

Don't Forget to Sign Up for your Biometric Screening! 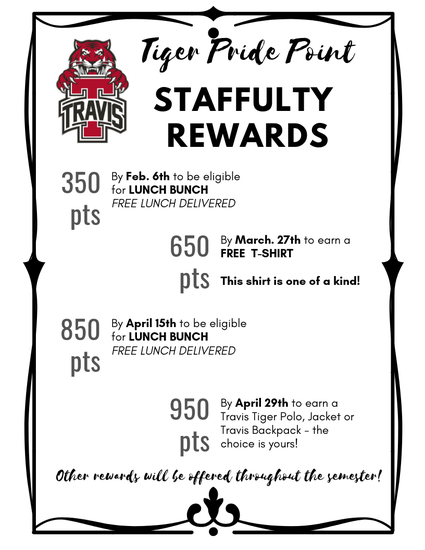 Campus Wide Testing Day - There will be NO regularly scheduled classes.

Awesome PD Opportunities from our PLL and TIC!

Check out Advisory Courses in Schoology!

Weekly Advisory Lesson Plans are located in the 3rd 9 weeks folder of your appropriate Schoology Course under the appropriate dated week. You MUST log in and JOIN the correct Schoology course to access the videos and materials for this week's lessons.

REMINDER! Power Points should be downloaded to computer from Schoology to view embedded videos and hear the voice overs!

HAVING AN ISSUE WITH TECHNOLOGY?

Our campus IT is Joshua Martin and his office is in the library! Please remember to put in a CRM ticket instead of emailing him when you have a request. If he spends his time putting in your tickets, he loses time to work on the tickets! Click Here for instructions. THANK YOU! 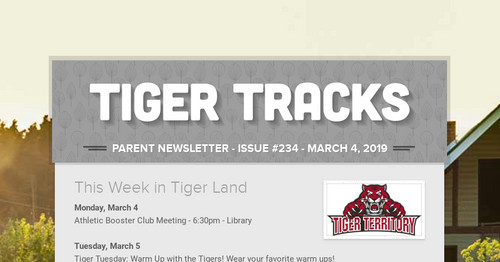 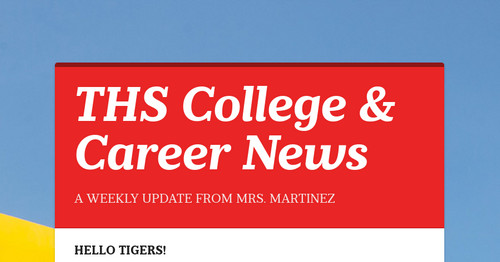 www.smore.com
THS College & Career News - A WEEKLY UPDATE FROM MRS. MARTINEZ by Travis High School | This newsletter was created with Smore, an online tool for creating beautiful newsletters for for individual educators, schools and districts

How to Look Up 504 in Eduphoria 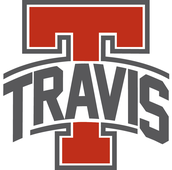