TABSE is using Smore newsletters to spread the word online.

Get email updates from TABSE: 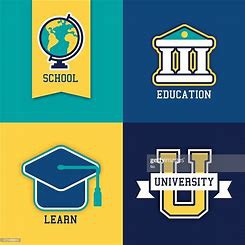 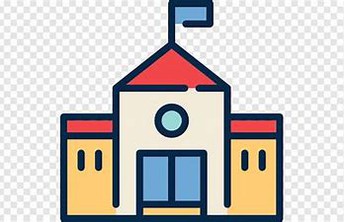 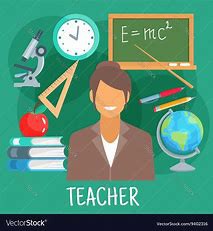 School is about to begin throughout the state for the 2022-2023 school year. As you prepare for another year of leading and guiding students, know how important you are as educators. Students K-16, look to you for encouragement, instruction, guidance, support and caring, regardless of their ages.

As a survivor of Covid-19 disruptions to schools, teacher increased expectations, lack of adequate compensation, teacher shortages, school violence and sometime unappreciation by parents, students and others, you still teach because "that is what you do"! Let us hope and pray that your school experiences this year will be one of accomplishment for students and satisfaction by school authorities of requirements imposed by your schools, districts and State. Welcome back educators and thank you for your service and dedication. Have a fantastic school year.

Someone You Should Know

Most TABSE members of five years or more knew Dr. Elaine Bailey. Although she stood less than five feet tall, she was a tremendous giant, who stood tall and proud in her everyday actions and words. She was a mentor, teacher, leader, business woman, politician, and friend to many. Dr. Bailey was a leader as president of the Houston AABSE, president of the Texas ABSE, NABSE Regional Representative and several other roles during her professional career. She could always be counted on to provide support and encouragement to educators seeking to advance in their area of experiences or in their hopes of promotion and service to students.

Dr. Bailey was a proud wife and mother, who loved family and celebrating them. She also was very caring of and giving to friends and associates through little acts of thoughtfulness, such as mailing birthday cards, Christmas greetings, thank you cards, or just saying hello. She was a member of Alpha Kappa Alpha Sorority Inc. and loved her sisterhood with so many other wonderful women she met and knew.

We lost Dr. Alease Elaine Bailey in June 2019, after illness, which touched so many people after hearing of her passing. As a result of her importance and influence to the Houston Area Alliance of Black School Educators, the Dr. Elaine Bailey Heart of HAABSE Award was named in her honor, which is presented each year to current or previously active HAABSE members for their many years of dedication, commitment and loyal service to HAABSE. TABSE also has recognized her by naming its annual state pre-conference golf outing the Dr. Elaine Bailey Innovator's STEAM Golf Tournament. Her presence is felt even today, and we are better as a result of having Dr. Alease Elaine Bailey with us during our lives.

TABSE lost a respected, energetic, warm, caring, personable champion of education, who made things better by her council and support. Dr. Alease Elaine Bailey's name will not be forgotten, because her finger print is stamped on the heart of TABSE. 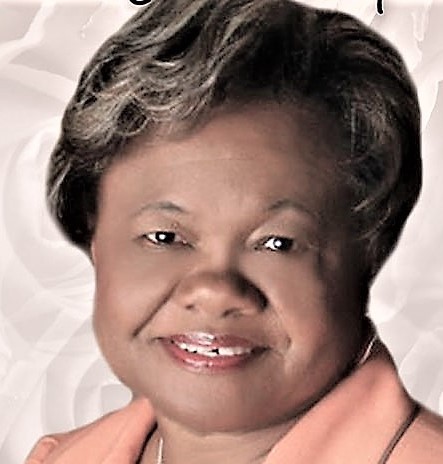 The new school year is about to begin and the TABSE local affiliates have been making plans for another successful year in each affiliate area. All educators and friends reading this message are encouraged to join your local affiliate now and take an active role in bettering your school communities. Make certain that your dues are paid and your name is listed on the local affiliate roster with the TABSE Financial Secretary. It is recommended that personal e-mail addresses be used rather than school district e-mail addresses if possible. The membership roster is then forwarded to the TABSE Correspondence Secretary, who adds those lists of names to the mailing lists to receive TABSE correspondence and election materials etc. throughout the year. 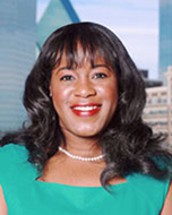 A group of Texas educators are facing backlash on social media after proposing that the term "involuntary relocation" be used in second grade classrooms when referring to slavery. During a Texas State Board of Education meeting in June, a group of nine educators suggested the vocabulary change before being told to "revisit that specific language" by board members, The Texas Tribune reported. The proposal came amid a Republican push to control school curriculum, including efforts to ban the teaching of critical race theory—an academic concept focusing on institutional racism—and carefully craft American history narratives.

Board member Aicha Davis, a Democrat who represents Dallas and Fort Worth and a TABSE TEPI Fellow, raised concerns during a June 15 meeting that the term wasn’t a fair representation of the slave trade. The board sent the draft back for revision, urging the educator group to “carefully examine the language used to describe events.” I can’t say what their intention was, but that’s not going to be acceptable,” Ms Davis told The Texas Tribune.

Part of the proposed draft standards obtained by The Texas Tribune say students should “compare journeys to America, including voluntary Irish immigration and involuntary relocation of African people during colonial times.” The Texas’ public education system has become heavily politicized in recent years, with lawmakers passing legislation to dictate how race and slavery should be taught in schools and conservative groups pouring large amounts of money into school board races.

Texas drew attention for a similar situation in 2015, when a student noticed wording in a textbook that referred to slaves who were brought to America as “ workers.” The book’s publisher apologized and promised to increase the number of textbook reviewers it uses.

As educators, we must be and remain vigilant of any and all attempts to falsely report any circumstances, but especially where it attempts to minimize, ignore, or falsely portray the factual history of people of color in school curriculums, textbooks, and decision making settings. We must stand up and voice concerns which will affect our students across the country and beyond. History is a recording of "the past", and we must know the past in order to prevent mistakes from being repeated in the future!

Hall of Honor and Hall of Fame Banquet

The 2022 Prairie View Interscholastic League Coaches Association Hall of Honor and Hall of Fame Banquet was held on Saturday, July 23, 2022, in Houston, Texas. Seventy Five former athletes and coaches were recognized and awarded for their accomplishments in high school state athletics during the period of segregation in Texas. 800 people were in attendance for the banquet and represented all parts of Texas where athletic state accomplishments among Black high schools were accomplished and earned.

During the latter half of 1920, the University Interscholastic League (UIL), the governing body for the White high schools in Texas, decided to establish a separate Negro division. It was named the Texas Interscholastic League of Colored Schools (TILCS). The first state track and field meet was held at Prairie View Normal College in April 1921. The principal of Prairie View A&M College, Dr. J. G. Osborne, was the first league sponsor/director of 40 schools in 1921. The enrollment increased to 300 schools by 1927, when W.R. Banks, Prairie View A&M Principal, became the second league sponsor/director. From the beginning, in the Black community it was called the "Prairie View Interscholastic League" (PVIL) or the "Negro League" because the state track meet, basketball championship and documentation on the academic and athletic competitions were housed there. The TILCS/PVIL served as the governing body for interscholastic competition between Black high school students in Texas from 1920 to 1970.

The 75 inductees were recognized in the areas of Baseball, Basketball, Cheerleading, Coaching, Football, Swimming, Tennis, and Track. One of the inductees was TABSE member, Mrs. Anna Goode Jones, who was a member of the 1955 Girls State 1A Basketball Championship team from George Washington Carver High School in Sweeney, Texas. The PVILCA also presented the travelling trophy to Mrs. Jones for the next year, as an award for the greatest financial support to the banquet among all of the banquet honorees.

Mrs. Jones has been an active member as TABSE/HAABSE office manager from 1995 until 2020, and also hosted numerous TABSE State Conference hospitality locations for conference workers. Congratulations to all of the Hall of Fame inductees an especially Mrs. Anna Goode Jones. 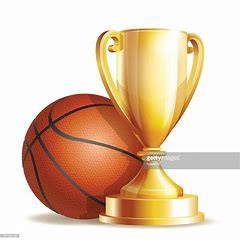 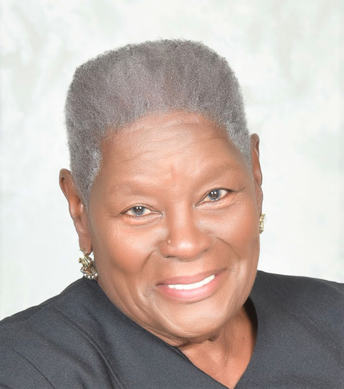 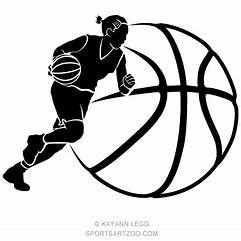 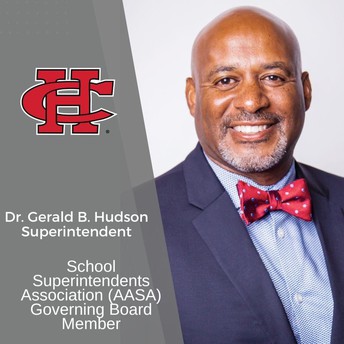 Dr. Gerald Hudson was selected to represent the Texas Association of School Administrators (TASA) on the AASA Governing Board. Congratulations on his new appointment.

Dr. Hudson was hired as the new Superintendent of Cedar Hill ISD at a special called meeting of the board of trustees July 23. Dr. Hudson, a Dallas native who most recently served as superintendent of Jasper ISD, signed a four-year contract that became effective immediately. We wish Dr. Hudson the very best in his positions and offer our TABSE support. 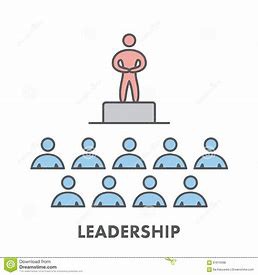 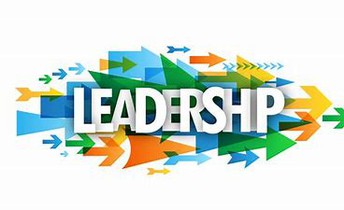 for a few excellent 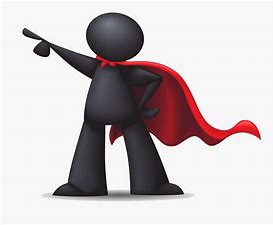 leaders to join the ranks

TABSE elections are conducted to fill positions each year following a two-year staggered term of office. Executive Board elections are conducted to identify and elect talented, dedicated and professional leaders who will contribute to the continued growth and development of TABSE. In January 2023, elections will occur to fill the positions of President-Elect, Financial Secretary, Corresponding Secretary, Historian and Chaplain, each for a two-year term. Nominations for the various positions will be open from September 1, 2022, until November 1, 2022, and interested and qualified candidates should consider making application to run for office. 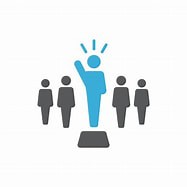 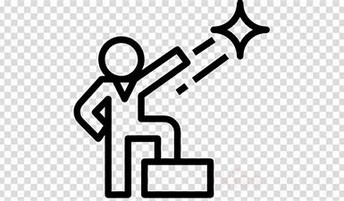 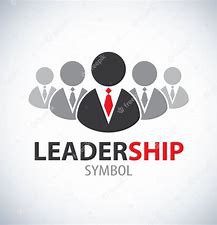 The 50th Annual NABSE National Conference is gearing up be the best conference yet, as NABSE celebrates fifty years of excellent service to students throughout the United States and other countries as well. With the Covid-19 pandemic better managed and protected by the general public, it is believed that greater participation and attendance will be achieved this year.

The national conference is the place to be, in order to meet, associate, network and be energized by some of the best academic professionals anywhere. Educators from all levels will come together and share their talents, experiences and leadership during the four day conference, which will be held in National Harbor, Maryland, outside of the D.C. area. Plan to attend and be a part of this momentous occasion for NABSE.

TABSE Business Partner of the Month

TABSE School District of the Month 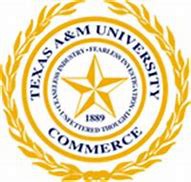 Becoming a Texas A&M-Commerce Lion means joining a community of people who lift each other up. They believe that greatness is something bigger than themselves, and they're proud to be one of the best colleges near the Dallas-Fort Worth Metroplex. When you bring your unique genius there, you'll make us even better.

Newsletter submissions should be sent by G-mail to "newsletter@tabse.net." Please provide name. date, time, location etc. of all proofread material and camera ready photos for newsletter inclusion by the 10th day of each month, for inclusion in the next month's edition. Local affiliate information is requested and should be sent at your earliest convenience for newsletter placement of your local affiliate activities.

TABSE is using Smore newsletters to spread the word online.

Follow TABSE Historian
Contact TABSE Historian
Embed code is for website/blog and not email. To embed your newsletter in a Mass Notification System, click HERE to see how or reach out to support@smore.com
close