Why Is she so well known?

Parks is famous for her refusal on December 1, 1955 to obey bus driver James Blake’s demand that she give up her seat to a white man. Her arrest and trial for this act of civil disobedience activated the Montgomery Bus Boycott, one of the largest and most successful mass movements against racial segregation in history.

Rosa Louise McCauley was born in Tuskegee, Alabama, on February 4, 1913. As a child, Rosa became aware of the segregation which was deeply embedded in Alabama. She experienced deep rooted racism, and became aware of the different opportunities faced by white and black children. In 1932, she married Raymond Parks, a barber from Montgomery. He was active in the NAACP and Rosa Parks became a supporter helping with fund-raising and other initiatives. 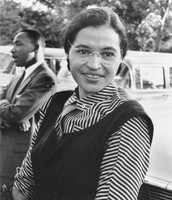 Rosa Parks in 1955, with Martin Luther King Jr. in the background.

Rosa Parks' mug shot on the day she was arrested. 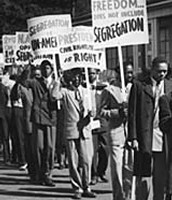 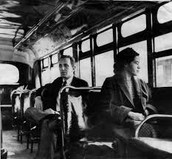 December 1st 1955, Rosa Parks got on a bus driven by James Blake’s. Back then Bus drivers were given the right to ask certain passengers to move out of their seats but the passengers were never required to move or stand. However over the years citizens had adopted the idea of forcing black citizens out of their seats. Rosa knew this and when she was asked to move out of her seat when the white section of the bus was to crowded she refused even when others around her did and the bus driver threatened to call the police on her. When Parks was arrested many black citizens started to protest and try to make a difference. 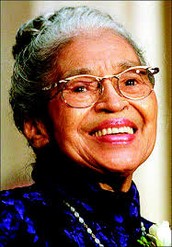 In memory of Rosa

Rosa Louise McCauley Died October 24, 2005. She left behind a great legacy that no one will ever fully forget.
www.biography.com

Follow Ashlyn Holt
Contact Ashlyn Holt
Embed code is for website/blog and not email. To embed your newsletter in your email, click HERE to see how or reach out to support@smore.com