By Jolie Starling and Bailey Rarick

By Jolie Starling and Bailey Rarick

Catholicism spread around Northern Europe in the 7th and 8th centuries CE from the Roman Empire to countries such as Ireland, Spain, Germany, Hungary, Russia, Poland and Britain. It spread quickly, and was soon all over Europe and the rest of the world. The Catholic faith first started to spread out from the Roman Empire when Mohammad died and Islam was taking over. The Catholics needed to evangelize their faith. Eventually Europeans and Spanish conquerors took the religion with them to the Americas.

This is Jesus of Nazareth, also known as Jesus Christ. Catholics believe him to be the son of God. Was the main founder of Catholicism in 33 C.E.

This is Saint Peter, the first of a long line of Popes.

Another founder of Catholicism in 45 C.E.

The Virgin Mary, mother of Jesus. The person you pray to while using the rosary and praying the Hail Mary.

The HOLY BIBLE "Proverbs 8:13:The fear of the LORD is hatred of evil. Pride and arrogance and the way of evil and perverted speech I hate." 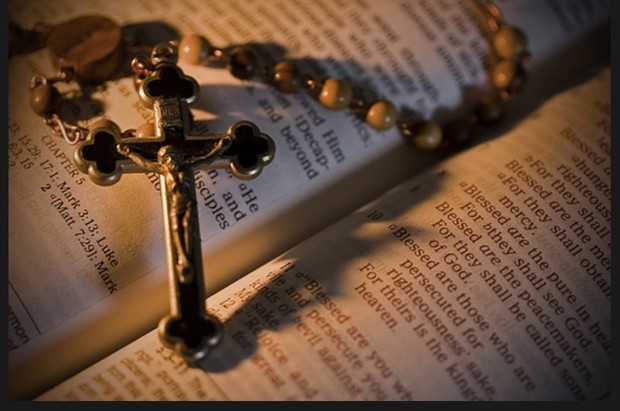 The basic belief of Catholics is that Jesus Christ is the son of God and his mother is the Virgin Mary. The Holy Spirit is what comes upon you when you are baptized and is a symbol of God's presence. The Catholics follow the Ten Commandments of God such as I am the Lord your God; you shall not have strange gods before me. They also throughout life go through the seven sacraments such as Baptism, Communion, and Marriage. An important part of the church is for the Catholics to receive the Eucharist (broken bread and wine) which is believed to be the body and blood of Jesus Christ. Another important part of Catholic is the Trinity, the belief of God in three persons, the Father the Son and the Holy Spirit.

Catholicism started in the Middle East and spread outward. Christians are the followers of Jesus, and spread the Word of God throughout Europe. It spread through Rome, but at first Christians and those who spread the religion were persecuted. When the Emperor Constantine took over Rome, Christianity was made legal. As more Catholics evangelized, the religion spread all over Europe and the eventually the world. Now Catholicism is a major religion, and is in all parts of the world.

Catholicism is a monotheistic religion. There was some persecution of Catholics in England and Wales in the sixteenth and seventeenth centuries. The persecutions were mainly done by the Protestants, which was the official religion then. Something Catholics were very strict on was the modesty of how women dressed. Woman were expected to dress in a way that was much like the Virgin Mary and to stay fully covered. Men were considered to be the "head" of the family, and women were the "heart." 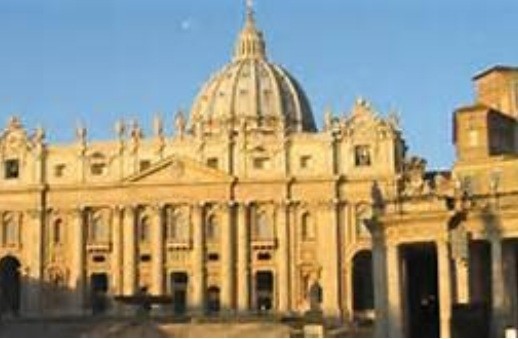