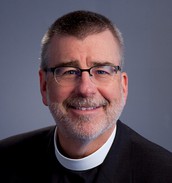 A few times each month I drive up to the Stafford County Jail in Dover to visit inmates. When I go on Monday mornings, I go with a team of other volunteers that educate immigrant detainees on their legal rights, connect them with local attorneys and help them make contact with their families. The federal government pays the county millions of dollars to house those arrested by I.C.E. (Immigration and Customs Enforcement). Many of these inmates and their families have been living in New England for months—even years—working in the shadows as day laborers, milking cows in Vermont and washing dishes in restaurants in Manchester. It has become particularly perilous to cross into New Hampshire from Massachusetts to work, as NH State Troopers are succeeding in pulling over many cars of those who may be undocumented. (I will leave it to the reader to draw their own conclusions on the how—and why).

When I volunteer with the team of prison visitors, I do not wear a clerical collar; I am there for my fluency in Spanish. I also make pastoral visits as a priest—your rector. When requested, I meet one-on-one with detainees who are experiencing a personal crisis that can be eased or talked through from a spiritual perspective and conversation. After crossing through roughly ten heavy metal and locked doors, I am allowed into a unit of men who are serving sentences for a range of crimes: drugs, assault, theft. The immigrants mixed in with the general population are those who have been convicted of reentering the U.S. after having been previously deported, an offense that is now deemed a felony. Bringing with me a kit consisting of a chalice, hosts, and wine (which I am not able to give to the inmates),I put out a call that I’m there to do a communion service in Spanish, and a group of between five to ten men gather slowly. After celebrating Eucharist, I offer to hear confessions and arrange some face-to-face time in the midst of all that is going on around us. When I depart through those many locked doors and exit the jail, I am instantly aware of the gift of being outside in the open fresh air. And I think about all those inside: the guards and staff serving the public, and men and women serving time because of bad choices and crimes, and the many who are caught up in a complex national debate about immigration.

In Matthew 25 Jesus said, “I was naked and you gave me clothing, I was sick and you took care of me, I was in prison and you visited me.” The apostles asked, “And when was it that we saw you sick or in prison and visited you?” And the king answered them, “Truly I tell you, just as you did it to one of the least of these who are members of my family, you did it to me.”

In reality, very few people are able to go through the required training to visit our jails and prisons. When I visit, I go, I believe, answering the Gospel call to see in the other the face of Christ. I go serving as your rector: called, supported (and compensated) by this congregation. Having long advocated for comprehensive immigration reform that would allow for a higher and more realistic number of temporary work visas to be granted for seasonal work and other hard to fill jobs, I have become aware of the human toll of lives caught in this political stalemate and dysfunction. Time will tell if legislation will address excesses and gaps. In the meantime, I go into the jail not with your blessing, which you have not been asked to give, but with your growing awareness of the work and ministry—to go behind the walls to speak a message of hope and the unwavering presence of God. 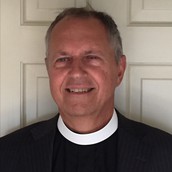 Listening to God in All of Life Through Celtic Spirituality, by Charlie Nichols

One area of recent discovery for me that I’d like to begin to share with the Christ Church community is Celtic Spirituality.

Celtic Spirituality is a strand of our Christian heritage that dates back to a group of the 4th through the 11th century churches in Ireland, Scotland, England, and Wales. Their approach to Christianity developed separately—both geographically and culturally—from the church of Rome. These churches of the Celtic world thrived on a world-view different from that of the Roman church. The role of women in the church, our connection with the natural world, servant leadership, and mysticism are a few of the values that received greater emphasis in the Celtic worldview.

Celtic monks brought the Gospel to other lands differently from the Roman tradition of evangelism. The monks believed that the Holy Spirit was already at work there ahead of them. They invited seekers to enter their small community and partake of their hospitality, food, medicine, and farming methods, while immersing them in the ethos of Christian Community. Only when they asked to join the community did the monks then baptize and teach. They reversed the Roman process, which admitted persons to community only after they had already committed to Christ and were baptized.

One present day evangelist for Celtic spirituality is John Philip Newell. Newell is the celebrated author of fifteen books and is one of the most prominent Christian teachers of spirituality in the Western world.

Formerly Warden of Iona Abbey—the sixth century seat of St. Columba’s monastic community—in the Western Isles of Scotland, he now divides his time between Edinburgh, where he does most of his writing, and traveling and teaching internationally.

In 2016, John Philip, another evangelist for Celtic spirituality, founded the School of Celtic Consciousness. He did so in the belief that Celtic wisdom is urgently needed at this moment in time. It is a spiritual tradition in the Christian household that can nurture vision of mind, strength of soul, and compassion of action. The School specifically aims to:

The school follows a three-year curriculum and each year hosts a three-day retreat led by Newell. The retreat consists of prayer, teachings from the Celtic tradition, meditative practices, silence, and sharing. My wife, Christine, and I attended this year’s retreat in Madison, CT and we are committed to the three-year cycle.

John Philip finds Celtic spiritual roots in the mysticism of St John the Evangelist. In the story of the Last Supper, John is remembered as the one who lay against Jesus and heard the heartbeat of God. Hence, he became a Celtic image of listening to God in all of life. This image is the premise for Newell’s book, which I enthusiastically recommend: Listening for the Heartbeat of God is available from Amazon, of course, but it can also be ordered through Exeter’s own Water Street Books.

I look forward to exploring this dimension of Christianity with you.

A NOTE FROM OUR MUSIC DIRECTOR- Advent and Christmas Music: 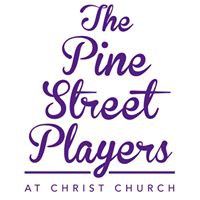 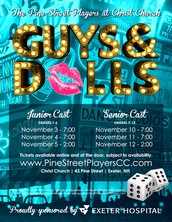 PSP Gets Ready to Rock the Boat!

and at the door, subject to availability. 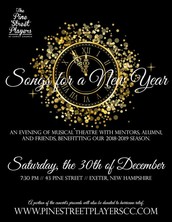 PSP will be hosting a special Musical Theatre Revue concert

“Songs for a New Year” will feature the professional vocalists

who brought you “Les Miserables: The Concert” last March!

Come and enjoy a wide array of musical theatre repertoire,

including solos, duets, trios, and ensemble numbers from musicals such as

West Side Story, Sunday in the Park with George, Company, and many more!

Tickets are $20 and are now available for purchase on the PSP website:

A portion of the concert’s proceeds will also be donated to hurricane relief. 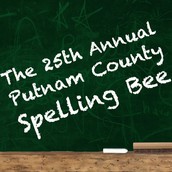 While candidly disclosing stories about their home-lives, the participants spell their way through a series of (potentially made-up) words, hoping never to hear the soul-crushing, pout-inducing life un-affirming "ding" of the bell that signifies a mistake—but at least the losers get a juice box.

A riotous, fast-paced ride complete with audience participation, this show is a delightful showcase of comedic (and academic) genius!

The original Broadway production of this show is rated PG-13, and contains

some themes and language that will be omitted from this production.

PSP’s Spring Musical is intended for the goal-oriented performer with a true passion and respect for the craft of theatre, and a serious interest in pursuing his or her art at a collegiate and/or professional level. This is a smaller musical in which roles are limited; unlike our fall musical, not everyone who auditions is guaranteed a role. Expectations during this rehearsal process are extremely high, providing an excellent opportunity for performers to experience the rigorous yet rewarding demands of an elite production while maintaining the comfort and approachability of a youth theatre company. Should a performer audition for the spring musical and not receive a role, we highly suggest revisiting the summer program to further develop performance skills and improve confidence!

Join us in celebrating the birth of Christ 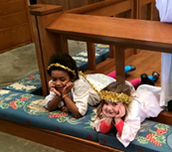 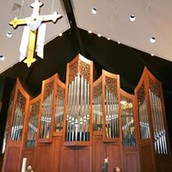