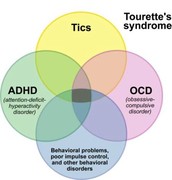 Tourette syndrome (TS) is a neurological disorder characterized by repetitive, stereotyped, involuntary movements and vocalizations called tics. Tourette’s syndrome occurs in people from all ethnic groups but occurs more often in males. It is estimated that 200,000 Americans have a severe form of TS, and its possible 1 in 100 exhibit milder symptoms such as chronic motor or vocal tics.

There's no cure for Tourette syndrome. Treatment can only help to control tics that interfere with everyday activities and functioning. When tics aren't severe, treatment may be unnecessary. There is also no standard medication that is helpful to everyone with Tourette syndrome, or to completely eliminate symptoms, and all of the medications come with side effects. You can use drugs that block or deplete the neurotransmitter dopamine in the brain, Botox to relieve some tics and Aderrall and others to keep your attention span.

You can also seek therapy as an out to give you someone to tallk to and a way to cope with your problems, in fact it is recommended. 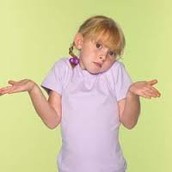 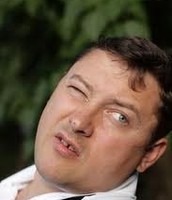 Tics are sudden, brief, intermittent movements or sounds and are the main sign of Tourette syndrome. Tics are classified as either: simple tics, which are brief and repetitive, using a smaller number of muscle groups or complex tics, which are distinct, coordinated patterns of movements that involve several muscle groups. Simple tics include eye darting, blinking, head jerking, and a shrug of the shoulders. Complex tics can include smelling things, repeating words and phrases and using vulgar language.