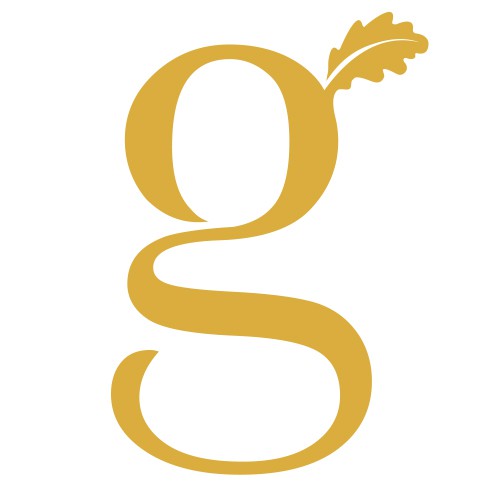 On Friday 14th July, we hosted the Creative Community Showcase to celebrate the incredible talents of our students and diversity across our community, in our wonderful school hall.

It was made especially exciting with cast members from our earlier school production, Bugsy Malone, interacting with guests as they searched for ‘Dandy Dan’; also the wonderful buffet provided by Miss Crichton’s food students.

Many thanks to all who supported us, staff, students, parents and members of the community. 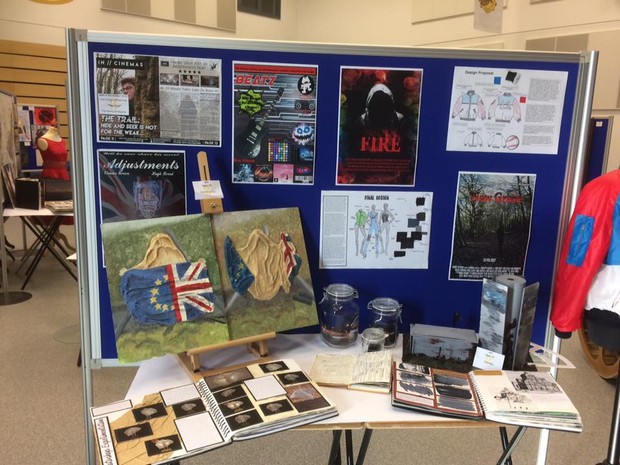 It has been an amazing year for literacy here at Goffs with many activities being continued and some new additions being introduced.

We have continued to incorporate LRC lessons into the timetables of Year 7 and Year 8 and these lessons throughout the year have seen the use of our Accelerated Reader programme, an introduction to nineteenth century texts in order to allow students to become GCSE ready as well as little workshops with small groups of students in order to build their literacy skills.

We have also continued with having an annual literacy day for Year 7, 8 and 9. This year saw Barrie McDermid from ‘The Punctuation Show’ visit Year 7 and 8 to perform to students during an interactive hour in order to build their grammar and punctuation skills in the style of a comic game show.

Year 9 also took part in a literacy day where they were taken off timetable and performed to by a rap and hip-hop artist called Valentine from the company ‘Student of Life’. The day saw the year group working in their forms writing their own piece of rap music or spoken word about something that they feel passionate about. The day allowed them to work collaboratively as well as strengthen their written and spoken literacy skills.

New additions to this year have been ‘The Word of The Week’ and ‘The Riddle of The Week’. Every Tuesday the word of the week is announced on the tannoy system across the school. The words are challenging and each student has the opportunity to receive house points every time they endeavour to use the word of the week in their class or homework. This initiative allows students to broaden their vocabulary, improve their literacy skills and increase their house point value.

‘The Riddle of The Week’ is also announced on the tannoy system every Thursday and this allows students to strengthen their learning power by giving them a riddle that requires them to think ‘outside of the box’ and build their problem solving skills.

Overall, it has been a successful year for literacy here at Goffs and we look forward to another one next year!

I wish you all a fantastic summer!

This year’s annual show, Bugsy Malone, performed on June 21st, 22nd and 23rd was ace! From mob rivalries to hoodlum shenanigans and love in the big city, the show really was splurge-tastic.

Despite being the youngest cast ever, countless hours of hard work and dedication were given to the show with long and stressful rehearsals, but all paid off in the end.

The audition process identified many budding stars and a real variety of students of different ages, talents and ability. These superstars ended up becoming a second family to each other and really represented the thriving community here at Goffs.

It was a great start to a fantastic consecutive three night run. Impressively, there wasn’t a single drop in energy (despite a heatwave) with the second and final nights being as equally outstanding as the first. Not only was the acting similar to that of a west end show but the music was too. We were able to work with a phenomenal professional band and our cast accompanied them with their delightful voices.

We want to give special thanks to Miss Holland, Miss Myers, Mr Taken and Miss McBride who made this show the fabulous triumph that is was. We were privileged enough to have a fantastic audience every night and we thank everyone who came to support us! 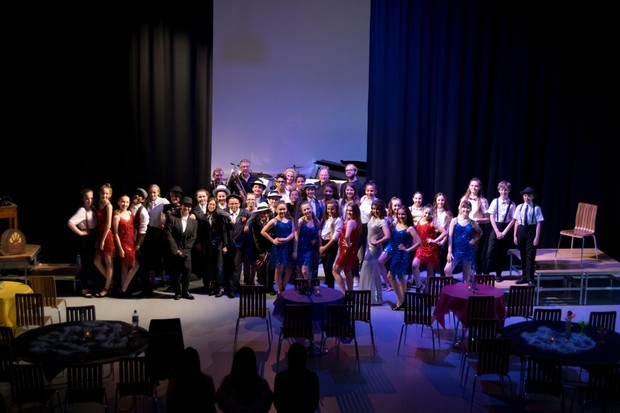 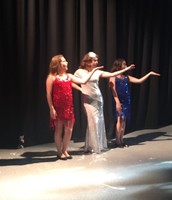 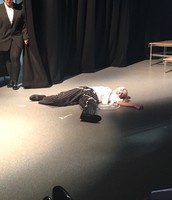 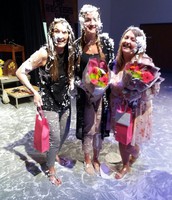 Students from years 7-10 attended weekly athletics meets after school and competed against various schools in the district. All students did the school proud and there were a few shining stars such as Isaac Bode and Ivy Wright, who both won medals in their events. The pupils represented our school in an excellent manner.

Goffs started up cricket again this year and the progress of the boys was fantastic. Both year groups were entered into a league format with 20/20 games against 3 other local schools.

The first Year 7 game saw them compete against Leventhorpe. Goffs posted 69 all out with Leventhorpe managing to pick up those runs within the allotted 20 overs. Great displays however came from Jack Coppola who scored 32 not out and Harry Tilley claiming 3 wickets. Their next game was against Chauncy School where the boys unfortunately lost again, although this time they scored 81 but were beaten as Chauncy had posted 112. Tommy Kenny batted extremely well and Harry Tilley put in another top bowling display. The boys played their final game at Hertford Cricket Club against Simon Balle. Their bowling and fielding had come on leaps and bounds and Jack Coppola and Harry Tilley again bowled well along with Nyan Patel and Adam Barter. Unfortunately, against a very well drilled school, the boys lost their last game but will definitely come back stronger next year once they take a few more chances with the bat and increase their running between the wickets.

The Yr 8 cricketers played their first game against Simon Balle who were again very strong. They posted 149 with one batsman having to retire when he reached 50 runs!! Goffs didn’t get off to a great start and were 21/4 early on and didn’t unfortunately make the target set. The biggest highlight from the game was a direct hit from Kieran Lines to obtain a run out. Their next game against Sele was called off on the day by the school meaning we were awarded the points but our final league game saw us beat Robert Barclay School. They struggled against the bowling of the Year 7 Harry Tilley and Jack Coppola with excellent fielding coming from Ed Page and Henri Jackson meaning they only scored 3 runs!! The boys picked them off very quickly meaning a second win and a place in the semi finals!! Weirdly we were faced with Simon Balle again who were just too strong for the boys although a huge improvement in their batting and fielding meant we restricted them to only 133 this time and we managed to post 53 decreasing the gap in runs from the first game. Jack Coppola got two direct hits for run outs and two wickets, Ed Page played some lovely cover drives with Callum Dryburgh top scored for Goffs. The boys also need to work on scoring more runs but it was nice to have Simon Balle’s staff and students commenting on how much we had improved as a cricketing side.

Onwards and upwards for next year.

During week commencing the 26th June, Goffs students partook in a variety of sporting events for Sports Week. This consisted of tutor group dodge ball and rounder’s competitions and all of the athletic field events for years 7, 8, 9 and 10.

The standard was set very high from the first year 7 boys game to the last year 9 girls match. The tournaments allowed each tutor group to play at least three games of dodgeball and rounder’s and score points based on where they finished in the overall tournament. The games through all year groups had high levels of intensity and the skill levels which were shown were an excellent calibre. The encouragement and attitude shown from the students throughout the week was tremendous and the behaviour of all students throughout the year groups were at the highest levels. A big congratulations to all of the students as everyone got involved to work towards gaining points for their specific house.

On Wednesday 12th July, we also held a whole school sports day for years 7, 8 and 9. This afternoon allowed students to compete in all of the track events in athletics. The crowd of students and teachers were extremely enthusiastic throughout the afternoon and cheered on all of the competitors. The sporting talent that we have at this school is at an outstanding level and all students that took part in any race should be extremely proud of themselves.

It goes without saying that all students that demonstrated excellent sportsmanship deserve to be branded as winners, however one particular house did score an amazing amount of points. This year’s Sports Week positions are:

Many thanks to all students and teachers whom got stuck into the biggest competition! Bring on next year where we hope to see the same intensity and nail biting moments as the students cross the finish line! 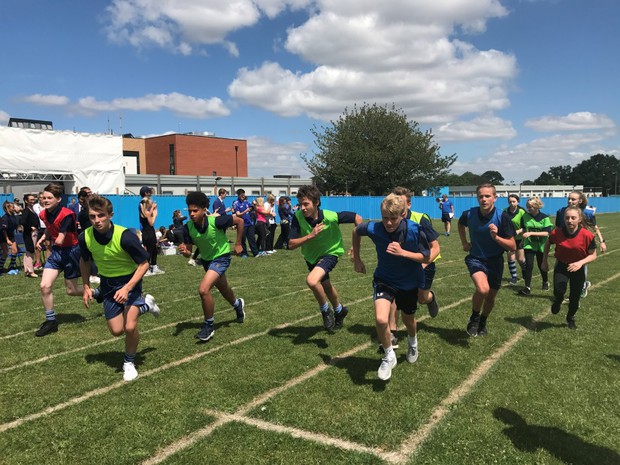 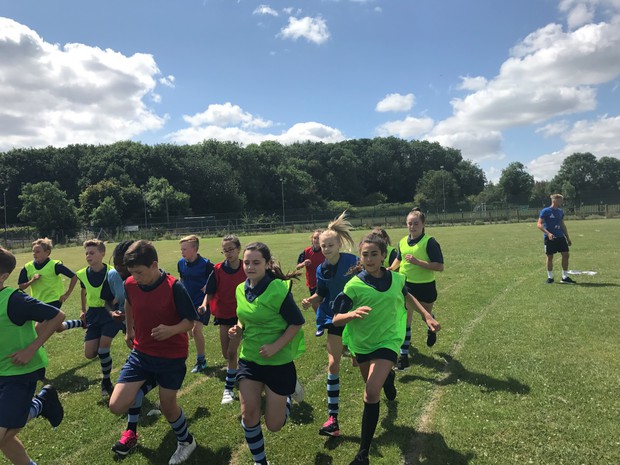 During the six days, the cadets demonstrated what they have learnt over the past year and had a range day, were they were able to shoot live rounds at target from 100m and 200m distances - which they enjoyed immensely!

The cadets also learnt how to stop and search vehicles and how to conduct a body search, as well as taking part in an overnight exercise.

All in all, an excellent experience for all involved! 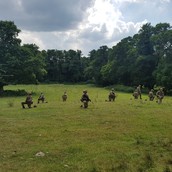 On Thursday 6th and Friday 7th July, numerous Goffs students took part in the annual School Dance Show; Legends, Divas and Superstars. The show included a variety of dance and singing acts from students in year 7, 8, 9 and 10.

We have so many talented students at Goffs who participate in multiple styles of dance including street dance, contemporary, ballet and commercial. The production showcased a wide range of songs, from Beyonce to Elvis Presley and from Michael Jackson to N Sync.

Big congratulations to all of the students involved for such a spectacular performance and a special mention to the following students for their outstanding choreography:

All of the money raised from the show will be donated to Teenage Cancer Trust, so a massive thank you to everybody involved in donating their money! 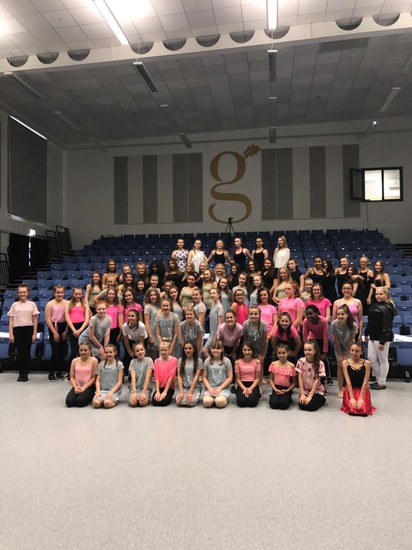 A group of 12 Year 9 Business Studies and Economics students, selected for outstanding achievement, attendance and behaviour, were taken to spend the day at Osborne Clarke, an international law firm for a SKILL! Day.

They were split into 3 groups and given 2 business mentors per group. They had to come up with a product, a business plan and then present it to a panel.

Our students did us proud and represented Goffs impeccably from start to finish, just narrowly missing the first prize but had a great experience nonetheless. Their feedback was truly fantastic! 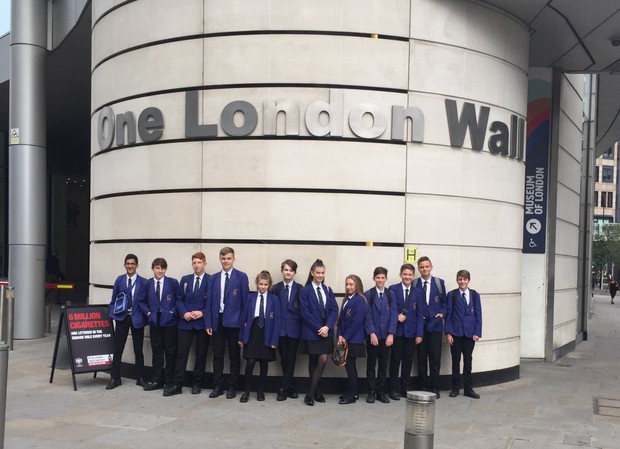