Mendel was one the first scientists to actually discover the idea of genetics. When he experimented on thousands of pea plants in 1863, he discovered that about 1 in 4 peas had the same traits. This led to a huge impact on the science community because more scientists began to dive into the world of DNA and how genetics work. Mendel also created a genetic model which helped to explain genetics and how chromosomes combine to make a gene. Unfortunately, Mendel's work were not accepted by the science community until the 20th century. 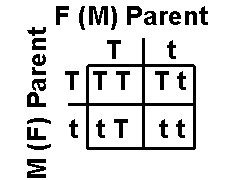 Griffith was one of the first scientists to really explore the world of DNA and how it's structured. His experiment in 1928 included two strands of Pneumonia causing bacteria and a mouse. He found that different cells either killed or kept the mouse alive and then concluded that the cells somehow had to transform into other cells in order to either keep the mouse alive or kill it. This led to more and more scientists wanting to know exactly what transformed the cells.

Oswald Avery, although his theories were not accepted in the science community at first, had a huge impact on the discovery of DNA structure. He was the first person to discover that the transforming substance in Griffith's experiment turned out to be DNA, which explained why the killed cells would combine their DNA into other cells. This discovery occurred in 1944 and many scientists questioned his theories.

Chargaff discovered the idea of based pairs and that in every single DNA, there are four bases: Adenine, Thymine, Guanine, and Cytosine. He also concluded in 1950 that A=T and G=C which led to even more hints on the structure on DNA. Scientists were so close to discovering what made up DNA, and which Chargaff's discoveries, they were just a footstep away.

Franklin was a British chemist who worked with Maurice Wilkins. She was the scientist who took the famous photo, Photo 51, in 1951, which shows an X-ray (taken by Wilkins) of a unwrapped DNA. This led to the discovering of the double helix and the how DNA is shaped.

Wilkins was a British physicist who worked alongside the chemist, Rosalind Franklin in 1951. Using X-ray diffraction on a DNA molecule she discovered that the shape of an unzipped DNA molecule is a double helix. A picture taken by her partner became famous in the science community and led to many more discoveries.

James Watson, alongside Crick, was one of the scientists to build the first double helix model of a DNA molecule. This miraculous experiment concluded the questioning of DNA structure. The two scientists discovered things such as there are two strands to each molecule and each of them are made of a sugar-phosphate backbone.

In 1953, scientists Crick and Watson built the first double helix model of a DNA molecule. This majorly impacted the science community because they could finally understand how DNA worked and how genetic and traits can be formed from this DNA.