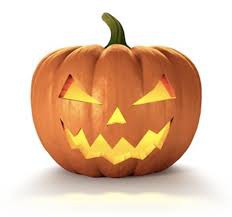 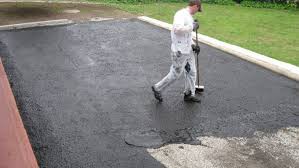 On Friday, October 19 the blacktop that connects to the main entrance of the school is going to be resealed. Student drop-off and pick-up for this day only will be at the front of the building (gym entrance) off of Lincoln Road. Please note that you will not be able to drive through the parking lot that connects the school and church on this day. Sorry for the inconvenience. Thank you for your understanding. 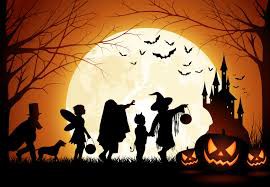 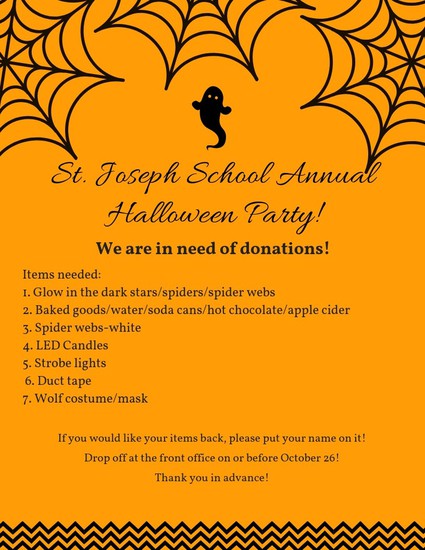 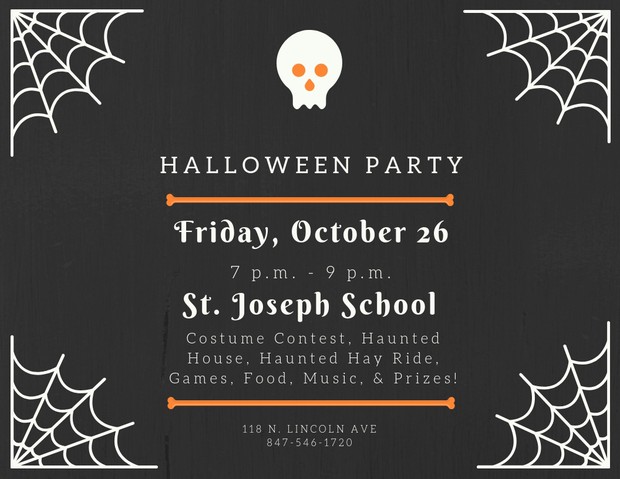 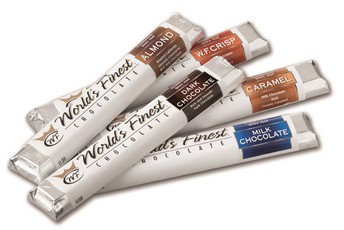 Students participating in girls volleyball and boys soccer will be responsible for selling chocolate bars for $1 each. The money will be used to purchase athletic equipment for St. Joseph School.

Do you work in an office? Would you be able to take a few bars or a box of candy bars into your office? Contact Mrs. Ortega or Mrs. Tellez if you are able to help us with this fundraiser. Parents, please return the envelope with the $60 to the main office by November 12 or sooner. 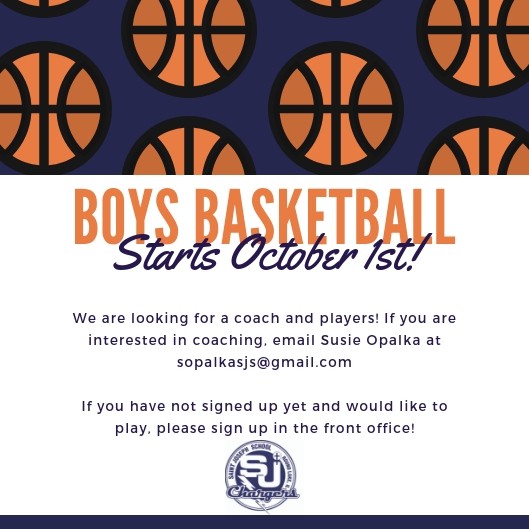 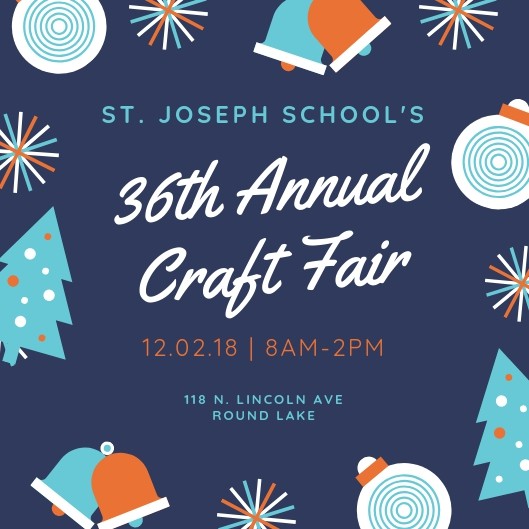 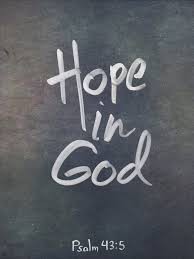 Virtue of the Month

CCC 1817: Hope is the theological virtue by which we desire the kingdom of heaven and eternal life as our happiness, placing our trust in Christ's promises and relying not on our own strength, but on the help of the grace of the Holy Spirit. "Let us hold fast the confession of our hope without wavering, for he who promised is faithful." "The Holy Spirit . . . he poured out upon us richly through Jesus Christ our Savior, so that we might be justified by his grace and become heirs in hope of eternal life."

FAMILY CONNECTION: choose a Psalm to learn to either sing or pray about the virtue of hope and use this month of life to pray a rosary as a family

SCHOOL: Pray the rosary as a school. 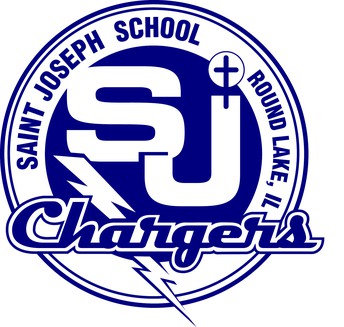 Spirit wear orders are due on October 12. Please order online or hand in the form to your child's teacher. Second orders will be placed after Christmas. Once orders are in, students will be permitted to wear St. Joseph School spirit wear, on Fridays during the school year. If you need additional information, please contact either Sylvia or Maria at the main office. We are excited to show off our St. Joseph School PRIDE to our community!! 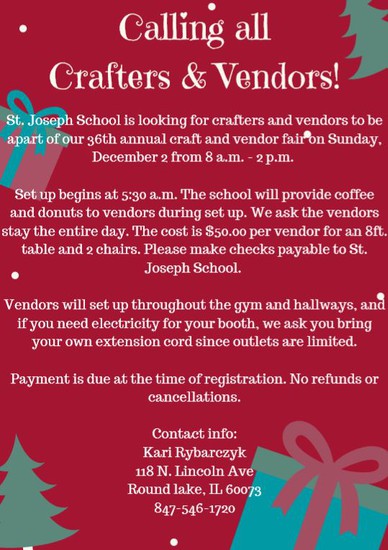 New students to St. Joseph interested in making 1st Holy Communion, please send a note to school or call the office at 847-546-1720 and we will add your name to our master list. More information to follow. Classes will begin soon!

What's the difference between Halloween, All Saints' Day, All Souls' Day and Days of the Dead?

Everybody knows the secular holiday of Halloween. But not everybody knows it derives from a holy day, All Saints' Day on Nov. 1, which is followed by All Souls' day on Nov. 2.

The root word of Halloween - ''hallow'' - means ''holy.'' The suffix "een" is an abbreviation of "evening." It refers to the Eve of All Hallows, the night before the Christian holy day that honors saintly people of the past. "All Saints is a celebration of the communion of saints, those people we believe are in heaven, through good works and God's grace," said the Rev. Richard Donohoe, vicar of Catholic Charities for the Diocese of Birmingham.

All Souls' Day is a day to pray for all souls. Among Catholics, prayers are offered for those in purgatory, waiting to get into heaven. On All Souls' Day, Catholic churches have a Book of the Dead, in which parishioners have an opportunity to write the names of relatives to be remembered. "That's placed near the altar," Donohoe said. "That's done all through November. It's an All Souls' tradition."

More than a thousand years ago in Ireland and Britain, a common custom of Christians was to come together on the eve of the feast of All Hallows Day to ask for God's blessing and protection from evil in the world. Often, they would dress in costumes of saints or evil spirits and act out the battle between good and evil around bonfires. That's the source of the modern observance of Halloween.

The Christian concept of the importance of the individual soul underlies All Saints' Day and All Souls' Day, which are observed worldwide primarily in the Catholic and Anglican traditions. The ''Dia de los Muertos,'' or ''day of the dead,'' in Latin countries keeps alive some of the tradition of honoring souls of the dead. "All Hallows was considered a time when evil could manifest itself," Donohoe said. "We do believe in the visible and the invisible. There is good and there is evil. There is invisible evil and invisible good. It's an acknowledgement of that existence."

In the Catholic Church, Nov. 1 is a holy day of obligation, when all Catholics are expected to attend Mass. This year, that's not the case, since it falls on a Saturday. Every Catholic church will have a Mass at night or during the day on Saturday. "Every church will have an All Saints' Mass," Donohoe said.

"All Saints' Day and All Souls' Day are related, but they are two separate celebrations," Donohoe said. "On All Saints' Day there's a call to live as saints, to remind us how we're supposed to live. On All Souls' Day, we're talking about all souls and asking God's mercy for them. We're talking about those people who have died before us, and their process of getting to heaven, through Christ."

All Saints' Day emanates from early Christian celebrations of martyrs in the Eastern Church, Donohoe said. "It has its roots all the way back to the fourth century," he said. 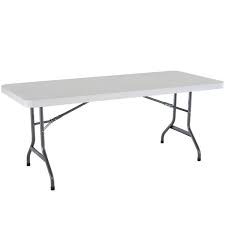 Volunteers Needed to Take Down the Bingo Tables

St. Joseph School is in the need of parents to take down the bingo tables during week 2 and week 4 of each month. You will receive a credit towards your tuition for completing this job. Call Sylvia at the main office for more details. :) 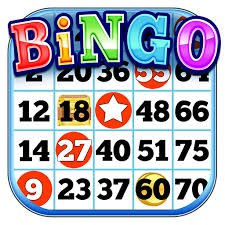 Please see Louise upon arrival for instructions as to what your job will be for the evening. Please phone Louise if you have a question or concern. 847-857-8235

Parents are required to work 2 Bingo's per student.

Thank you for your service and kindness.

Reminder: November lunches have been ordered. If you did not order, please make sure to pack a lunch for your child/children. 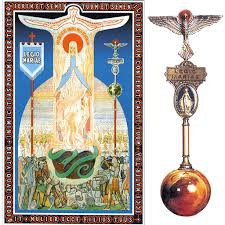 The Purpose of the Junior Legion of Mary is to help its members grow in holiness by a regiment of prayer and works.

Students in grades 6-8 are invited to participate in this writing contest. Grand Prize of $5,000 Award

Reminder that shorts may not be worn after October 1. See attached dress code for more details. Thank you!! 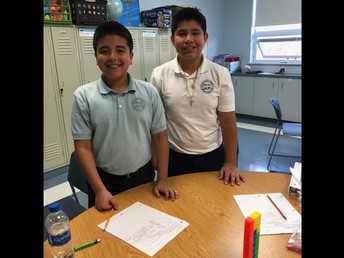 Facebook @StJoseph_RL
St. Joseph School, as part of St. Joseph Parish in the Archdiocese of Chicago, will spread the Good News to the families of the Round Lake area.
118 N. Lincoln Ave Round Lake, Illinois krybarczyksjs@gmail.com (847) 546-1720 stjosephrl.com/

Follow Kari Rybarczyk
Contact Kari Rybarczyk
Embed code is for website/blog and not email. To embed your newsletter in a Mass Notification System, click HERE to see how or reach out to support@smore.com