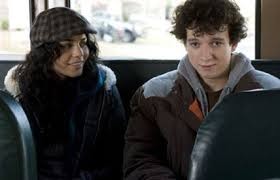 Will Burton is a loser. However, he is the coolest loser you'll ever meet. He gets bullied by people due to his alcoholic father. He then transfers to Martin Van Buren High School. All is well and normal until he realizes that MVB has this thing called Bandslam. Bandslam is this thing where basically schools send bands to compete for a Record Deal.

At first he doesn't really care. Until he meets Charlotte Barnes. She is potentially the coolest person to walk this Green Earth. She has a band. Not only that her band, also happens to be rivals with a band from MVB so that poses as a small problem. He decides to help her band being that they lack finesse, and he happens to know everything there is to know about music.

He brings them together to make amazing music and even though they lose, he still gets an indie label with David Bowie. I love this movie, due to how relate able it is. Plus the females are very attractive and the story, is inspiring and cool. I give it 8/10!! 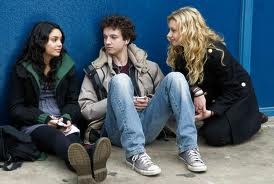