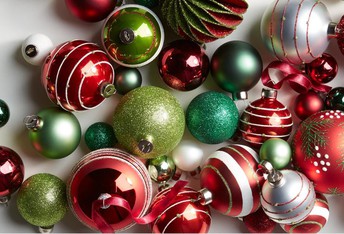 Alumni from all SHS classes and their guests are welcome to attend! For additional details, visit the "SHS Annual Christmas Reunion 2018" page on Facebook. 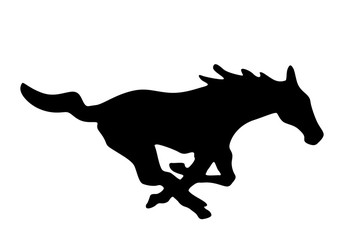 Know of a graduate of Strongsville High School who is an exceptional businessperson, community member, charitable volunteer, educator, etc.? We are now accepting nominations for the SHS Distinguished Alumni program. A new class will be inducted in April, 2019. Nomination forms can be found HERE - the deadline for nominations is January 15! 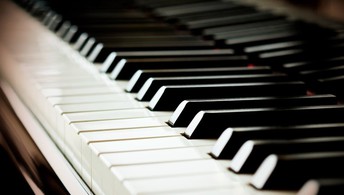 The cornerstone of Strongsville High School’s music program, the Grand Piano, has been utilized for over 45 years. The Grand Piano accompanies 14 musical groups at SHS, as well as several local organizations utilizing the SHS Auditorium on a regular basis. Assisting more than 540 SHS music students per week, the Grand Piano is an important instrument is the SHS ‘fleet’ of instruments. The SCS Music Department is currently fundraising to purchase a new Grand Piano for our District. Click HERE for the online fundraising site, or click HERE for additional details on how to contribute. 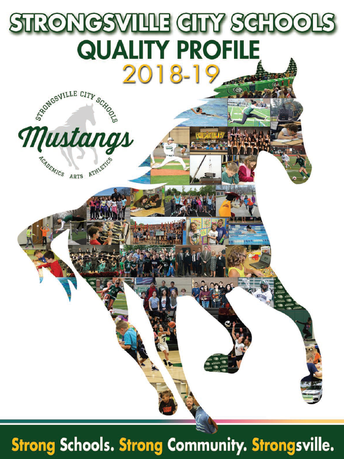 Each year, Strongsville City Schools releases a 'Quality Profile' highlighting the many aspects that make our District exceptional. The Quality Profile is mailed to the entire Strongsville community - with over 20,000 homes and businesses receiving a copy. We appreciate the support of our entire community, which includes our alumni network. Many teachers, administrators, and staff are proud graduates of Strongsville High School and continue to contribute to the growth and development of our students, both inside and outside of the classroom. Click HERE to view this year’s Quality Profile for our District. 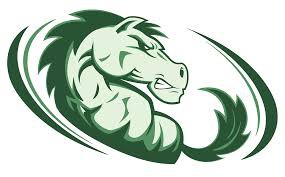 SHS Athletes Ready to Compete at the Next Level

Congratulations to the following Strongsville High School student-athletes who have recently signed national letters of intent to continue their academic and athletic careers at the college/university level:

We are proud of your accomplishments both inside and outside of the classroom and know that you will continue to positively represent SHS at the next level - CONGRATULATIONS! 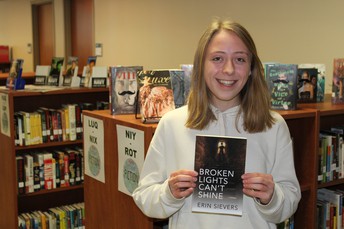 Strongsville High School senior Erin Sievers recently realized a lifelong goal of publishing a novel before graduation. Erin’s first book, “Broken Lights Can’t Shine” is now available on Amazon - and has been purchased by people all over the world, including the UK! The book was a two year process to write, with lots of reviews and editing suggestions from her classmates and teachers. Erin plans to major in Psychology and Creative Writing in college, and hopes to also continue her track and field career at this next level. She has always loved writing and creating stories, and is interested in the analysis of a good book. She wants to write more - “I’m excited to get another book out there.” Congratulations Erin on this fantastic accomplishment! 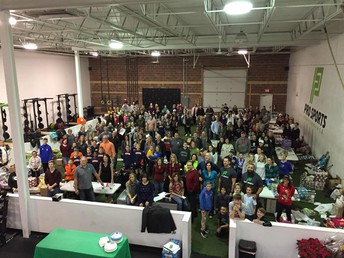 Strongsville City Schools Join Together in the Spirit of Holiday Giving

The entire Strongsville City School District joined together in support of an Adopt-a-Family program, benefiting Ohio Guidestone and local families in need. Based on a grass roots initiative started by Strongsville parent Margaret Bosela-Klinzing a few years ago, Margaret reached out to Strongsville High School and its student-based Leadership Academy this year to support the program and, ultimately, make the holidays brighter for additional deserving families. With outreach coordinated by Leadership Academy students, 149 Ohio Guidestone families will be receiving presents during this holiday season, including necessities and gifts. Every school in our District participated, as well as athletic teams, PTA groups, Department staffs, and civic organizations. 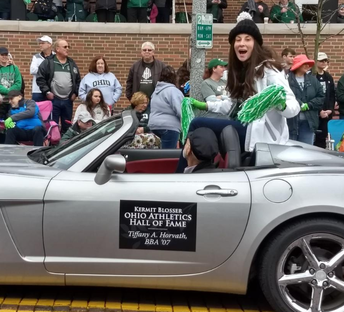 Congratulations to Tiffany Horvath (SHS Class of '03), a recent inductee in the Ohio University Kermit Blosser Athletic Hall of Fame. While at SHS, Tiffany was a member of the 2002 state championship girls soccer team and the 2002-2003 Pioneer Conference champion girls basketball team. Her athletic career in soccer continued at Ohio University, where she earned an honorable mention for the All-American Freshman Team in 2003, was a three-time member of the All-Mid American Conference (MAC) Second Team, was named to the MAC Academic Honor Roll twice, and ranks third in career shots, goals, and total points in Ohio University history. Tiffany graduated Magna Cum Laude with a bachelor’s of business administration from Ohio University in 2007 with a dual major in finance and marketing. She received her CPA in 2009 and earned her MBA in finance from Ohio State in 2016. She was recently promoted to Director, Financial Planning & Analysis at Cardinal Health. 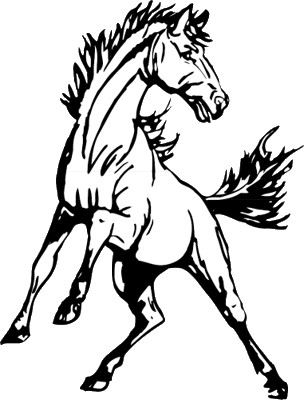 Save the date for the next SHS Distinguished Alumni event in 2019. In partnership with the Strongsville Chamber of Commerce, another class of Distinguished Alumni will be inducted during a special luncheon on Tuesday, April 16, 2019. Nomination forms are available HERE.

Michael Farris (SHS Class of '96) has created a podcast ("Coffee And A Mike") which features some of his former classmates and Strongsville alumni in its first couple of episodes. Click HERE for interviews with:

Mark Hunter (SHS Class of '95) - Photographer and lead singer of the band Chimaira. Mark has contributed greatly to mental health awareness by speaking openly about his personal battle with bipolar disorder.

Jennifer Mizener (SHS Class of '96) - Visual effects producer at 20th Century Fox. She has worked on films such as Battle of Los Angeles, Avengers: Age of Ultron, Captain America: Civil War, The Post, and currently working on The Dark Phoenix.

Chef Jonathon Sawyer (SHS Class of '98) - Owner of several successful restaurants in the Cleveland area. He is also an author and a tireless supporter of local agriculture and sustainable businesses both in Northeast Ohio and around the country.

Matt Warburton (SHS Class of '96) - Harvard graduate. Worked as a writer on "The Simpsons" for 11 seasons, most recently worked closely with Hulu on the Four Weddings and a Funeral reboot. 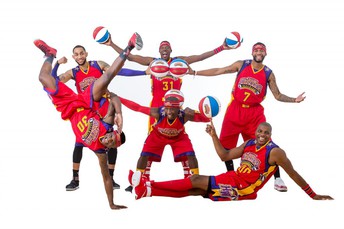 The Harlem Wizards basketball team is making a tour stop in Strongsville! Get ready for a fun-filled family event on Thursday, January 31 at 7pm in the Strongsville High School Main Gymnasium. Online tickets are now available HERE - click on the January calendar and the game on 1/31. Tickets make great holiday gifts for the family! 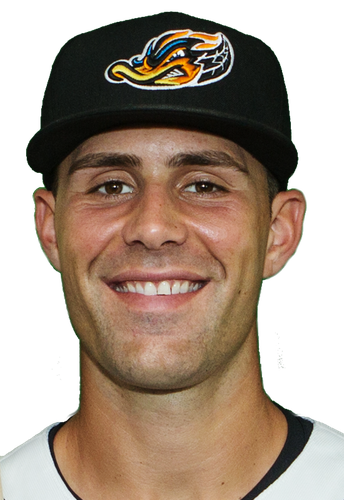 Congratulations to Anthony Gallas (SHS Class of ‘06), one of nine individuals inducted into this year’s Kent State University Varsity "K" Athletics Hall of Fame class. Anthony is Kent State's career leader in runs batted in (224) and is tied for the career lead in home runs (49). A two-time All-MAC First Team selection, he also earned All-American honors as a senior. Signing as a free agent with the Cleveland Indians, he earned all-star selections in three different leagues over eight seasons in the minors. Anthony was also inducted into Strongsville’s Athletic Hall of Fame in 2011. He was captain of the Strongsville High School 2006 state championship baseball team and was named Pioneer Conference baseball player of the year in 2005 and 2006. 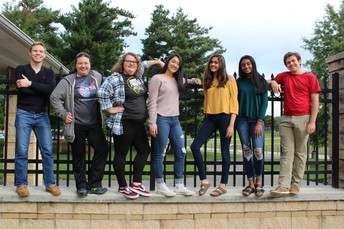