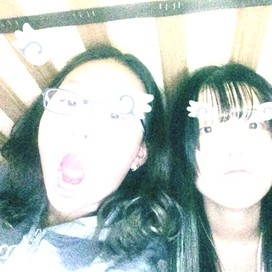 Piano- not crazy, but paraphysic!

Piano is as easy as pie!

Piano- not crazy, but paraphysic!

Piano is as easy as pie!

Piano isn't as young as it seems.

Piano goes far along back- to be exact, the 1600's. In the 17th and 18th century, the popular instruments were the harpsichord and clavichord. A harpsichord was loud, and the strings are blucked by quills or leather points. The much different clavichords were much smaller, quieter, and the strings were struck by pieces of metal(tangents) instead. This is related to the making of the piano, because the first piano was built in 1700, by Bartolomeo Cristofor, and the piano(called piano e forte at the time) looked like a large harpsichord. The first German piano was created by Gottfried Silberman. Germany was famous for pianos(actually all instruments), so it was important the Gottfried made it. So far, all the pianos made were all upright. Then, the companies Stienway, Sons of New York City, and Hamburg, Germany made the first grand piano. As history went along, the Player Piano(played like a music box mechanically) went crazy in the 1900's.

There are so many parts to a piano(to be exact, more than 2500) that all have different functions, there is only be a description of the parts that are the most important. Over all, there is a frame, a soundboard, strings, an action, petals, a case, a pinblock, and bridge. The frame also called a plate or harp, supports about 18 tons(16,300 kg) of weight. To have a good working soundboard, you have to have a right balance of stiffness and flexibility together to successfully make good sound. Over 200 strings are needed in the piano. Each high note usually has 3 strings, the middle notes of the piano have 2, and the lower bass notes(very low) have only 1. This is because the higher the note is, the thinner the string is, and the thicker the string is, the lower the note is. So, if we think that all the notes have The same amount of strings we will know that the bottom strings will probably overpower the higher strings. That's why the lower notes have less strings and the higher notes have more strings. An action the inner part of the piano that tells all the notes that your'e playing to the hammers that hit the strings. As I will say, the petal usually sustains or quietens the note. Not much explanation needed. The rim of the piano is called a case. Cases are in two parts, but sometimes three. They hold the plate and the soundboard. Pinblocks run the width of a piano and has to hold the tuning pins in the piano tightly enough by friction alone, so the strings hold their proper tension without slipping. Finally, the bridge has to hold all the strings. They have to ransmit sound properly and to resist splitting under the hundreds of pounds of downward pressure provided kindly by the strings. 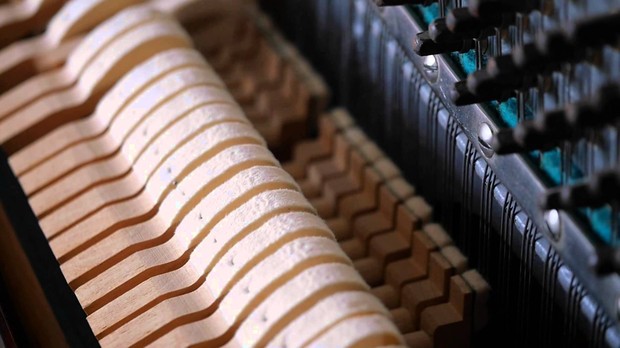 In this photo, the piano hammers are hitting the keys.

The Grand piano is the biggest, and has a large lid that can stay open if you want it, instead of holding it manually. It has three petals- the first to make the sound smaller, second to hold one note so you can switch to a different location without having to hold the notes entirely. The last petal is used to hold all the notes together, so it seems like you are holding all the notes.

Upright pianos also have lids that you can open but the lid can't hold itself up. The petals are the same as a grand piano, but the only difference is the middle petal- it just quiets it. It can hold itself down, too.

Keyboards' keys are lighter than normal upright or grand pianos. Most people say switching to a real piano is harder to press. This reason is because real piano keys are actually using hammers and real strings, so it is much heavier. You can control the volume with a knob. Also, these keyboards sometimes have built in petals, or just have one petal plugged in to the keyboard you can use.

"If something seems too easy, you're doing it right. In piano, pain indicates you are doing something wrong" says David Nevue

The many part piece

Modified after the italian verb sonare(to sound), sonatinas were used in the classical period with the famous composers Mozart, Hayden, and Beethoven. The word cantana(sung) was the opposite of sonare. Sonatas were usually written for a solo instrument or a small ensamble to play. It consists of two to four movements, and was originally referred to a composition played on an instrument(s). A sonata's first use was in 1561, applied to a suite of dancers for a lute(a banjo-like instrument). Classical sonatas(written in the classical period) are usually divided into three parts. The first fast, second tries to provide opposite view, so it is slow, and the third, again, is fast. The sonatas are divided into two groups. One is Sonata da chiesa(church sonata) and is consisted of four movements- slow, fast, slow, fast. The other is sonata de camera(chamber sonata), which is less serious and has less independent melody lines. One example of a sonata is Mozart's Sonata K545.

Diane Hidy said, "Stop thinking of others as competitors, but as friends."