Welcome to the Year 6 Newsletter

Welcome to the Year 6 Newsletter. What a busy fortnight it has been! From soggy sleeping bags to the swimming gala, Mandala artwork to discovering mathematics all around us.

Here is a run down of the last two weeks and a look ahead to our next Unit of Inquiry.

After a fantastic day of kayaking, camp fires, den building and orienteering the APA organizers and Kennedy staff considered all the safety aspects, and had to make the decision nobody wanted to hear... "we're heading back to school."

After several hours of extreme torrential rain the tents were flooded, the field was a swimming pool and the activities were no longer viable.

However the rain did not ruin the children's day. As the inch-long drops continued to fall the children embraced their wet clothes and played to their hearts content. Broad smiles and happy memories were made, even if we were only on the island for a day. 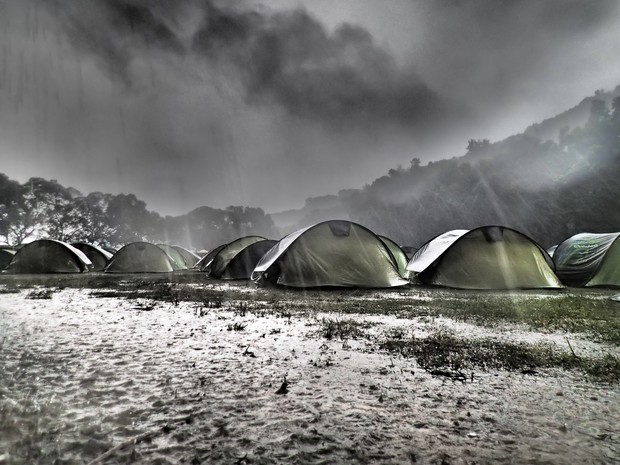 Down came the rain and washed poor Year 6 out!

and lying in the rain!

In the words of Mrs. Fibonacci, from the storybook The Maths Curse, "You know, you can think of almost everything as a maths problem."

So this week we decided to put this statement to the test and, much to our surprise, we found that she is right. By studying mathematics through a Literacy lens we were able to focus on the particular maths language used each day.

The children studied the maths problems faced by the 'cursed' main character in the story and then identified where they experience maths in their daily routine.

The stories created by the Year 6 children highlight the importance of having a good knowledge mathematical concepts and skills in a witty, light hearted manner.

This November, Kennedy School will be entering the 'Seeing is Believing' art competition that uses art to raise awareness and support for the visually impaired.

We have chosen to create individual Mandala 'circles' - a complex design that has Indian origins. Many children have commented on the therapeutic qualities of the relaxing task, and all have demonstrated a good eye for sequencing and pattern making.

If you have a pair of compasses at home, why not draw your own Mandala picture over the half term break?

Wednesday 14 November was World Maths Day, a day where children and adults worldwide celebrate the joy of math.

The children at Kennedy were given the opportunity to pit their maths knowledge against pupils based in different global nations. The buzz and enthusiasm to complete challenge after challenge was felt throughout the corridors and some of our students managed to see their name in lights, on the World Education Games website's leader board.

Congratulations to all who logged on and used their maths knowledge to good effect.

Coming up next half term: Measurement, multiplication and division 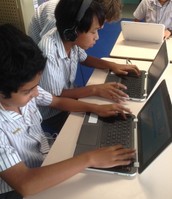 Wee and Rayan both scored highly on Asia's Top 50

Class 6S pitching their knowledge against their classmates in timed maths challenges.

An amazing day of racing was had at Stanley Ho swimming pool, today.

The four houses took to the water to compete with drive and guile for the highly sort after aquatic prize.

After 12 grueling events in the warm conditions the children graciously showed their appreciation for their fellow competitors as they waited for the final scores.

Congratulations to all of the racers, experienced or not, you all played your part in a fantastic event and contributed to your team's final score! 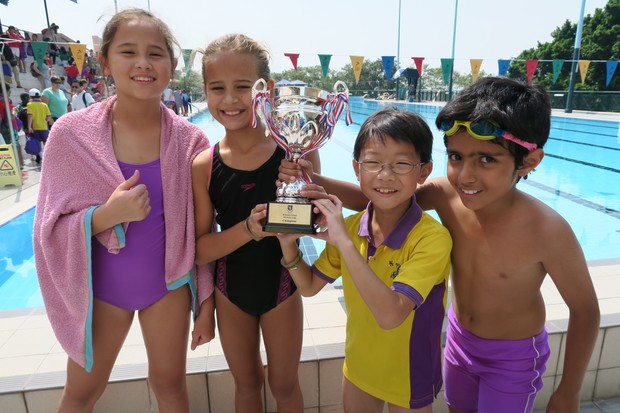 As the last ripples fade from today's gala, Autumn is upon us which must mean it is time for the Year 6 PE Games to begin.

Next half term the children will have the opportunity to learn several different sports which require specific equipment (all available at the school's PTA office).

Each Wednesday, please remind your child to wear the correct sports uniform and bring items needed for their specialist lesson.

The first round of rotations are as follows:

How The World Works

Our next unit of inquiry will take us into the science laboratory to find out how scientists have enabled the human race to make huge advances in technology.

Compounds, gases, mixtures, liquids, solids and metals will all be investigated to determine their use, as we attempt to harness our science skills and understand how some of life's biggest problems have been conquered by human endeavor.

Understanding of scientific knowledge is constantly evolving and has an impact on people's lives.