Bethy is using Smore newsletters to spread the word online.

Get email updates from Bethy: 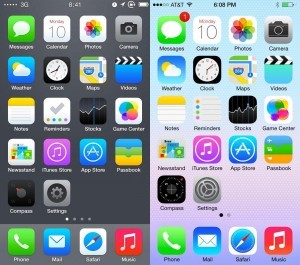 Reasons not to update.

I wouldn't get the update because there has been many problems with this update. Sometimes the iMessages don't send and you don't receive the iMessage. The update lags a lot. You wont be able to jailbreak your device. And most of all, I really don't want my phone to be slow. The only possible good thing about it is the camera. Being the only person won't make you stupid, It'll make you different. Just because it looks nice doesn't mean that the update will be great. Another thing is that if you don't like the update, you can't go back to the iOS 6.

Bethy is using Smore newsletters to spread the word online.

Follow Bethy Ledezma
Contact Bethy Ledezma
Embed code is for website/blog and not email. To embed your newsletter in a Mass Notification System, click HERE to see how or reach out to support@smore.com
close