sample is using Smore newsletters to spread the word online.

Get email updates from sample:

Night: a memoir by Elie Wiesel

a project sample by Ms. Caldwell

Night: a memoir by Elie Wiesel

a project sample by Ms. Caldwell 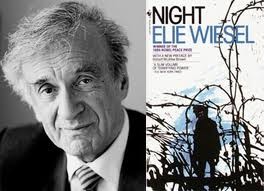 Elie Wiesel grew up in Sighet, Transylvania with three sisters and his parents. Elie wasn't very close to his father before the war because his father was very involved in the community. Elie was a very religious boy, drawn to Jewish studies. He found a mentor in Moishe the Beadle, a man willing to discuss the Kabbalah and more mystic aspects of his religion. When Moishe the Beadle was taken by the Nazis (and later escaped to tell his tale) was the first personal connection Elie had to the war around him. His life was further affected by the edicts passed that restricted Jews from regular everyday activities. Eventually, he and his family were moved to a ghetto. 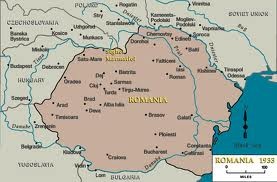 About life in the camps.

The Ghetto in Sighet

Before Elie Wiesel and his family were put on trains to the camps, they were forced to live in a ghetto in Sighet. All the Jews from the area lived in cramped quarters with no freedom to leave.

Auschwitz was the first camp Elie went to. It was in this camp that he was separated from his mother and sisters forever. He and his father were "selected" to live in the concentration camp under deplorable conditions.

Buna was the camp where he spent the most time. He was part of a kommando unit, moving bricks and doing hard physical labor daily. The work was very hard on his ailing father, who was getting weaker each day.

(I would have different pics for each paragraph and would probably expand with another block or so.

Elie Wiesel became a free man at the age of fifteen when the Russians advanced on Buchenwald. He was very weak and sick and was put in an infirmary. He was later sent to France with other orphans where he attended school and university.

This is a video about an essay contest and prize through Elie Wiesel's foundation. Elie Wiesel briefly explains his beliefs around human rights. He is obviously a compassionate man who cares deeply about others and feels it is important to teach and model that compassion to others. I am amazed at how forgiving he can be after everything he experienced.

sample is using Smore newsletters to spread the word online.

Follow sample student
Contact sample student
Embed code is for website/blog and not email. To embed your newsletter in a Mass Notification System, click HERE to see how or reach out to support@smore.com
close