How has HIV/AIDS affected our world

HIV, Human Immunodeficiency Virus, is a sexually transmitted disease and was recognized as a new disease in 1981 when homosexual men had many infections and rare malignancies. It soon became one of the most devastating infectious diseases to have emerged in recent history. Soon after HIV come AIDS. HIV/AIDS have infected over 60 million people and killed more than 25 million people. As the rates are becoming higher and higher everywhere, it is really growing in Africa. Besides medication, there is no cure. AIDS will continue to pose a significant public health threat for decades to come.

HIV/AIDS is a lentivirus and attacks the immune system. Lentivirus literally means slow virus, because HIV takes such a long time to produce any affect on the body. In 1999 a group of researchers discovered the origin of the virus were chimpanzees, and at some point had crossed species.

The earliest known cases was in 1959 when a plasma sample was taken from an adult male. Then 1960, a lymph node sample taken from a women. After that, tissue samples from an American teenage boy in 1969. Last 1976, scientist got tissue samples from a Norwegian sailor who died 1976. In 1998 scientist discovered HIV was introduced between 1884 and 1924. In January of 2000 scientist learned the first case was in 1931 in West Africa.

There has been a sudden spread of HIV which mostly occured in the later half of the twentieth century. Many people think both international and national travel helped spread the virus. In the US, international travel by young men making the most of the gay sexual revolution of the late 70s and early 80s would certainly have played a large part in taking the virus worldwide. In Africa, the virus would probably have been spread along truck routes and between towns and cities within the continent itself. Also as blood transfusions became a routine part of medical practice, an industry to meet this increased demand for blood began to develop rapidly. In the early stages of the epidemic, doctors were unaware of how easily HIV could be spread. This blood was then sent worldwide, and most people who received the infected blood went on to become HIV positive. The 1970s saw an increase in the availability of heroin, which helped stimulate a growth in intravenous drug use. As a result of sharing unsterilised needles and syringes, HIV was passed on among injecting drug users. 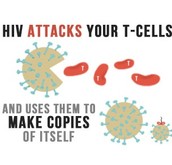 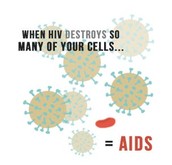