Charbel is using Smore newsletters to spread the word online.

Get email updates from Charbel:

Gang Mentality and an individual

In relation to the Wave by Morton Rhue

Gang Mentality and an individual

In relation to the Wave by Morton Rhue

What is Gang Mentality? How do we stop the abuse of power?

Gang Mentality describes how people are influenced and pressured by their peers to adopt certain behaviors and personalities, follow trends and/or purchase items. Gangs and their mentality undoubtedly attract the youth with their so called loyalty and the certain lifestyle they live, continuously luring the often abused and non knowledgeable teens, which is evidently portrayed within the wave.

How can we stop the abuse of power?

Power refers to the capacity or ability to direct or influence the behaviour of others or the course of events. Ever since the beginning of human civilization, power and its limitations have evidently been and consistently been abused by leaders and the like. The abuse of power is mainly depicted through government systems or mainstream media possessors however may not be the case at all times, we all have a certain limit of power which may be abused without a certain individual realizing.

This Los Angeles gang formed in 1969 by two friends, 9 years later having over 600 sets across the country 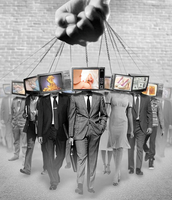 We are told how to live our daily lives rather than doing so ourselves. 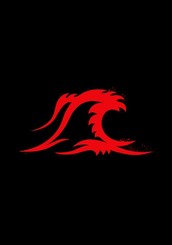 What is the Wave and how is the abuse of power depicted within it?

The plot revolves around a history teacher Mr. Ben Ross, his high school students, and an experiment he conducts in an attempt to teach them about how it may have been living in Third Reich Germany. Unsatisfied with his own inability to answer his students' earnest questions of how and why, Mr. Ross initiates the experiment (The Wave) in hopes that it answers the question of why the Germans allowed Adolf Hitler and the Nazi Party to rise to power, acting in a manner inconsistent with their own pre-existing moral values. The abuse of power is undoubtedly apparent through the teacher Ben Ross. They say that absolute power corrupts absolutely, which appears to be the case for Ben Ross

How is propaganda evident within the Wave?

The Media undeniably plays a crucial role in the abuse of power in the world today, with the bias stories and targeting certain groups as well as using propaganda. Propaganda is undoubtedly apparent throughout the entire novel, through the members of the wave greatly persuading others to join the group and the like. After the wave is formed and finalized, many of the group’s members walk around the school greatly promising and encouraging them to join the Wave, most evidently and apparently depicted with the younger students within the school as they lack the mind frame to comprehend certain things and frequently agree and have faith in with what they are being told, with the group suddenly scattering and increasing their numbers throughout the entire school.

Charbel is using Smore newsletters to spread the word online.