Sashikanth is using Smore newsletters to spread the word online.

Get email updates from Sashikanth: 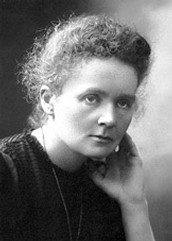 Marie Curie was born in the small town of Warsaw, in the Kingdom of Poland, which was later part of the Russian empire. She was youngest of four other beautiful children with whom she was close with, and was born on November 7, 1867. Growing up, Marie Curiewas a happy child who had a loving family and everything she needed. However, she comes to face many hardships later in her life due to money and family loss.

As the years went on, her family's involvement in partriotic acts against the Russian empire cost her family to lose many properties and fortunes, along side with the death of her older sister Zofia through typhus, was very despressed to the point of collapsing. Three years later, unfortunately, her mother passed away as well due to tuberculosis, when Marie Curie was 10 years old. As a young child, Marie was a very smart child, graduating with a gold medal at the age of 12 during 1883. Howeve, unable to attain a higher education due being a woman, spent time being tutored by her father. Later on, when she was 17, Marie Curie and her sister Bronya made deal which she would first give financial support to her sister to attend Flying University, then Bronya would have to do the same.

In order to support her sister, Marie Curie became a governess. Her first few jobs were as a home tutor in Warsaw, then as a maid in Szczuki. After many years of working as a governess, she finally had enough money(with the help Bronya and her father) to support herself.

In Paris, Marie Curie studied really hard, in which she majored in Physics and earned her second degree in 1894. After finishing school, she finally started work in the laboratory where she met her future husband Pierre Curie. They would later after a beatiful marriage and life on July 26, 1895. On 1897, their first daughter Iréne Curie was born, followed by Eve Curie in 1904.

Many years later, after making the important disoveries alongside her husband, she dies of aplastic anemia on July 6, 1934. This was caused by too much radiation. Marie curie passed away at the age of 66.

The background refers to the struggle and hard work Marie Curie had to go through to attain a proper education. It shows the amount days she endured by go hungry to save up her money to attend college. It shows the pain she endured of being a governess while her sister went college. Yet she didn't give up. " Life is not easy for any of us, but what of that? We must have perseverance and above all confidence in ourselves. We must believe that we are gifted in something, and that this thing, at whatever cost, must be attained" (Curie 158).

There are many interesting facts about Marie Curie, but the ones that I important are the discovery of new elements. Marie Curie took the time with her husband to discover the elements polonium and radium. These elements when isolated, were a great help to the medical world and can be used to create new metals. Things such as the discovery of radium, helped the medical world because it would kill tumor-like cells faster than healthy cells. In the biography, Eve Curie states, " But these factories could produce fabulous metals if their engineers knew the secret of the delicate operations involved in preparing pure radium" (Curie 203). The signifies the importance of the their discoveries. Finally, the fact Marie Curie is the first women to win a Nobel prize made her veery interesting to read about.

Important accomplishments that made Marie Curie the main topic is the discovery of Radium and Polonium. She was able to isolate radium from pitchblende, in which she had created a new metal in which engineers could produce "fabulous metal"." The last and most moving miracle was that radium could do something for the happiness of human beings. It was to become their ally against an atrocious disease, cancer" (Curie 197). Marie Curie's discovery of radium helped many people.

Throughout her life, Marie Curie experienced many struggles. As a child, her father lost his title as a professor, which caused him tutor kids which barely produced income.Later on, she lost her older sister and mother because of disease. Later on, after becoming a governess, Marie made barely any money for savings."...she could not earn enough money... Her salary, frittered away in little daily purchases, left her with insignificant savings at the end of the month" (Curie 62). As life continued, both Marie Curie and Pierre Curie could barely support themselves after giving birth to their first daughter. The prizes they won helped with this though. However, Pierre Curie died in a accident on April 19,1906. This left Marie in grief, paralyzed by the fact that her husband died. Even though she had many great wins, she also many struggles and losses in her life.

A mentor that Marie Curie had would be her father, Wladyslaw Sklodowski. Her father is her mentor because her father is the one who further educated her when she wasn't admitted in to school with higher education. Marie's father would also act as her guidance as a parent due to the passing of mother. He would also support her with enough funds in order get a proper education at the University of Paris. Marie's Curie father was also there when she was having rough times due to loss or insufficient some of money. Eve curie states specifically"...she loved her father tenderly: he was her protector, her master" (Curie 48). Without Wladyslaw Sklodowski, Marie Curie would've had a harder time to reach the status she had attained.

Marie Curie had received many awards when she announced her published her discoveries to the world. She was the first women to win two Nobel peace prizes, one in chemistry and one in physics.

Marie Curie received her first award during 1903, the Nobel Prize for physics, which was shared with her partners Henry Becquerel and Pierre Curie. She received this award because of her discovery of radioactivity. She and her partners explored the the ore of pitchblende which had an higher radiation level than just normal uranium ore, which was due to another element which hasn't been discovered yet. This difference in radiation levels between the two ores is called radioactivity, a term which used widely throughout the world. Marie Curie deserved to receive this award due to making a huge discovery in atoms.

Her second Nobel prize was awarded to her during 1911, this one being the Nobel prize for Chemistry. Marie Curie was awarded this because of her discovery of polonium and radium in 1897 with her husband. These elements are of great use to the world today. She was only one to accept this though, due to her husband's death in 1906.

These important discoveries are what makes her famous in the science field. 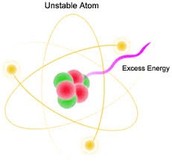 When taking consideration of Marie Curie's personality, the scientist would be my friend instead of foe.

A reason why we would both be friends is because our interest in learning new things. Although Marie Curie didnt begin with many resources, she still utilized everything she could and became the great scientist we know. I always use books and the Internet when it's around to learn something new. If she were alive, we could be great friends due to our attitude towards studying.

Another reason why we would be good friends is because of the view we have towards sciences. Marie Curie was never bored of finding new scientific discoveries or getting the opportunity to work in a laboratory assignment. She was also aware that results in experimentations can only come through trial and error. I'm also the same. I have interests in trying new experiments and always take the opportunity to work on finding something new. Our attitude in the science field would also help us strive to become friends as well.

A person who is closely similiar would be my father. My dad never gives up on any of his work and never put of or procrastinationates. He always is takes care of me and spends time just as Marie Curie did with her daughters. Furthermore, my dad and Marie Curie are similar because they both reached a much higher status than their parents. They way in both of them act shows huge similarity between them.

Many people think that Marie Curie became corrupted by fame after being awarded so many awards, but they have never seen the altruistic, caring person that Marie Curie is. Marie Curie is an altruistic person because after she found her discoveries, she had published it fir the entire world to see. She never intended to make personal profit of it. Furthermore, after winning her first Nobel prize, she put gave her reward money to friends and family who were in need. Marie Curie is a person who puts others before herself. 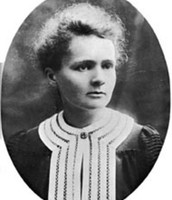 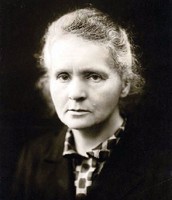 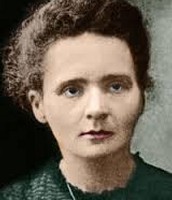 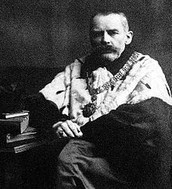 Before Pierre Curie, when Marie Curie had worked as a governess in Szczuki, she fell in love with the son of her boss. His name was a Kazimierz Zorwaski. They both fell in love with each other. But alas, they couldn't marry each when Zorwaski begged his parents. As shown in the book,"...indeed almost with confidence... asked his parents... Father fell in rage. Mother almost fainted" (Curie 74). Marie Curie's first love life did not planned as it went and only managed to worsen her position as a governess.

I would recommend this book to people who are interested in Chemistry and the field of science overall. However, people who are interested in expanding their literary elements and vocab can read it as well. The way Eve Curie puts literary action into the very informational biography makes it a book which is easy to and not to boring. This book also shows the personal life of Marie Curie as well, the struggles she had to go through, and the pain she endured. Overall, this book was great because it narrates the life history of one greatest scientists in history. 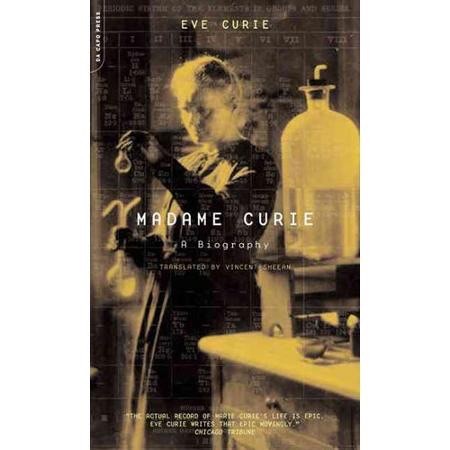 Sashikanth is using Smore newsletters to spread the word online.