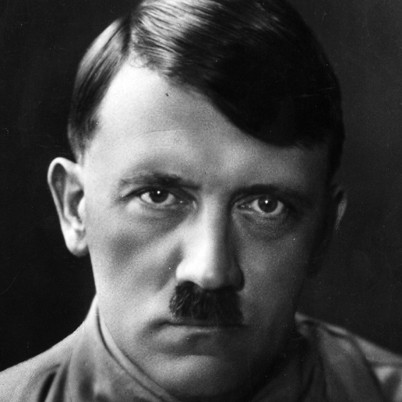 Hitler's power is increasing tremendously because of our war debts and reliance on him to bring us out of our depression. He may be found within his Nazi Party or military do to previous involvement. Hitler was a very powerful speaker and eventually rose to be the Nazi Party leader.

Nazism is a form of fascism, which means they don't care about the people, the government cares about the power. In his plan, Hitler plans to exterminate all non-germans and unite all german speaking people into one masterful German empire. If you're not blonde haired and blue eyed, you're screwed. He claims they are the master race and are destined to rule the world.

The extermination process is starting to begin. Concentration camps are being built and people are being frightened and threatened. Their empire is expanding and war is on its way. IT HAS TO BE STOPPED.