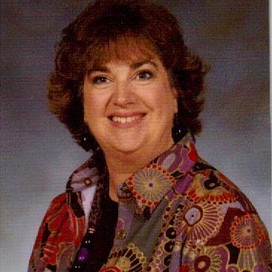 Christmas 'Round the World

Christmas 'Round the World 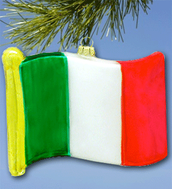 The Italian Christmas is strongly based on the religion of Christianity and the season lasts for three weeks. Beginning December 17 with the Novena, eight days before Christmas and continuing until after the Feast of Epiphany January 6. 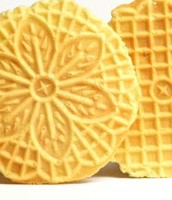 Pizzelle are traditional Italian waffle cookies made from flour, eggs, sugar, butter or vegetable oil, and flavoring. Pizzelle can be hard and crisp or soft and chewy depending on the ingredients and method of preparation.

Panettone is a type of sweet bread loaf originally from Milan, usually prepared and enjoyed for Christmas and New Year in Italy. 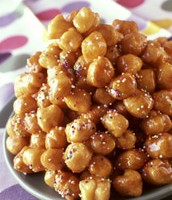 Struffoli is a Neapolitan dish made of deep fried balls of dough about the size of marbles. Crunchy on the outside and light inside, struffoli are mixed with honey and other sweet ingredients.