Last week, I launched the New Catholic Schools series--15 podcasts in all focusing on new construction and new developments in Catholic Schools. It’s important that we recognize that there are places where Catholic schools are expanding and thriving. Last week’s podcasts included the stories behind St. Michael's HS outside Mobile, St. Eliz Ann Seton HS in South Carolina, St. Michael the Archangel HS in KC, St. Ignatius Elementary outside Boise, and St. Francis Catholic School in beautiful Billings, Montana.

On Monday, I’ll talk to Sara Alkayali, the founding principal and ACE Remick leader of Frassati Catholic Academy in Denver. This is an entirely new Catholic school in its 1st year is growing and Sara has a great story to tell about their adoption of the classical model.

On Tuesday, I’ll talk to both Paul Gagliarducci (Project Manager) and Dr. Paul Harrington (Head of School) for Pope Francis High School in Springfield, Massachusetts. After one Catholic high school in Springfield was destroyed, the decision was made to build an entirely new consolidated high school. It’s a story of overcoming devastation and of consolidation, too. The new school will open this fall and will be the biggest Catholic school construction project in the country.

On Wednesday, I’ll talk to Nick Morgan, the founding principal of Epiphany of Our Lord Catholic School outside of Houston. He’ll share the plans for the school (scheduled to open this fall) and his vision for learning.

On Thursday, I’ll talk to John Rocha, the founding Head of School for Ozark Catholic Academy, scheduled to open its doors this fall in rural Tontitown, Arkansas. The school represents a long-time dream for Northwest Arkansas.

On Friday, I’ll talk to Annette Zaleski, the founding principal of the new St. Jeanne de Lestonnac High School in Temecula, California. The school is scheduled to open this fall. 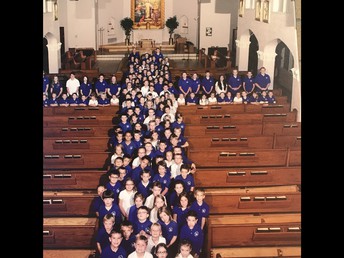 This week I'm taking Monday off and then heading to Reno to lead the WCEA Accreditation team for the Bishop Manogue High School re-accreditation: 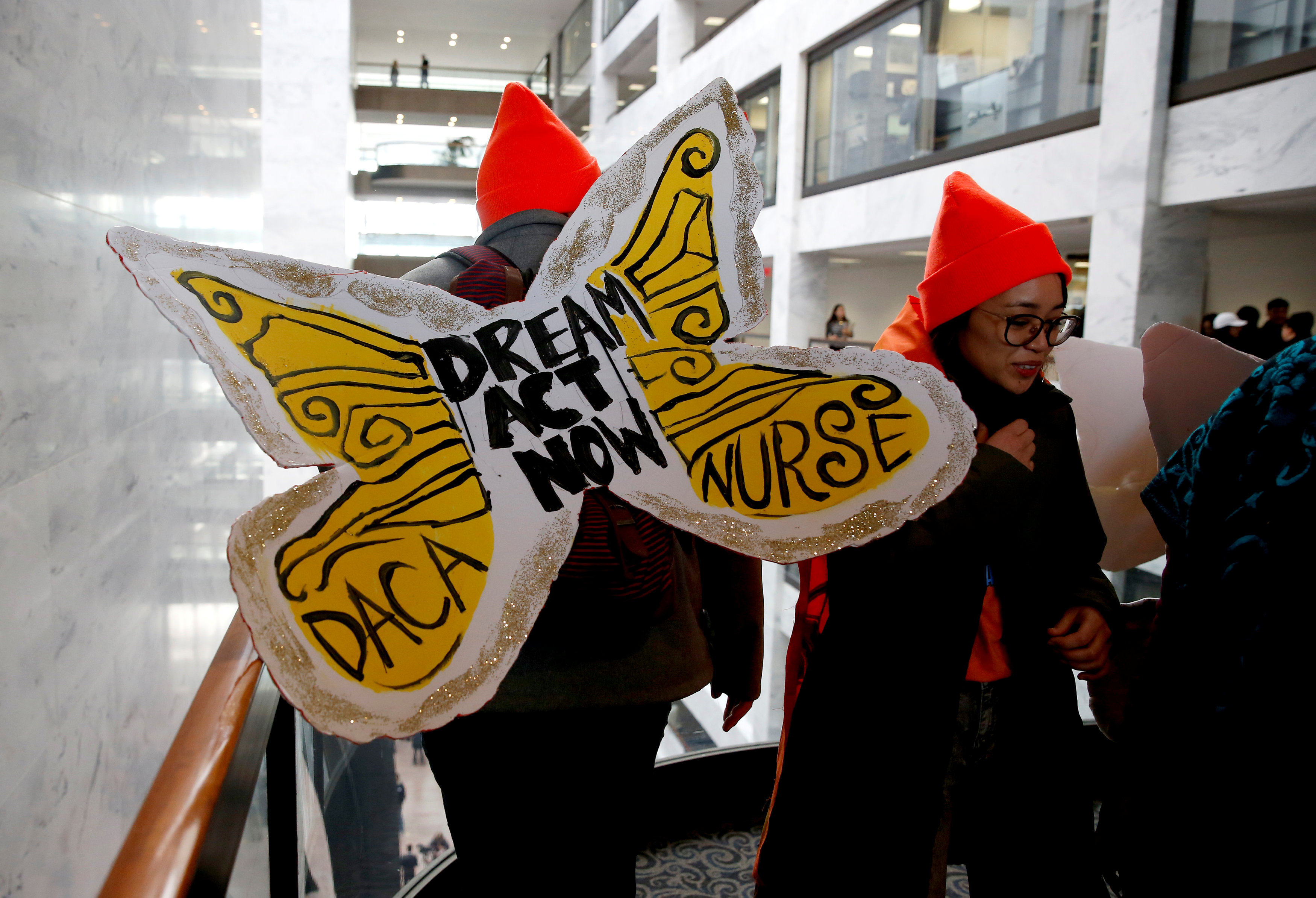 sojo.net
The language Trump used in the State of the Union was positively Orwellian.

Immigration reform is not just about 'Dreamers,' advocates say

www.ncronline.org
As the Senate begins an open-ended debate about immigration, Catholic advocates will be hoping not only for a deal that protects people with Deferred Action for Childhood Arrivals status (also known a... 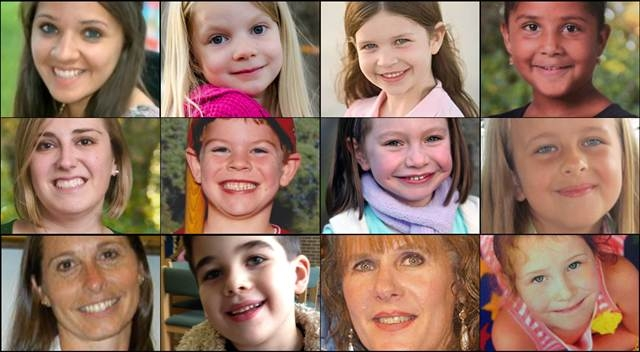 Gun Control is a Pro-Life Issue

www.americamagazine.org
Gun control is about the defense of life.

www.commonwealmagazine.org
Punitive actions against LGBT Catholics do not reflect the fact that we are at a moment that requires prayerful discernment

10 Ways to Celebrate Lent in the Classroom : University of Dayton, Ohio

trustedschoolleader.com
A trusted school leader exemplifies Connection when he or she “fosters shared beliefs and a sense of community and cooperation.”[1] Shaping the schools’ culture and  fostering community is a challenging responsibility for school leaders. They need to be careful not to abandon or abdicate their role, while at the same time empowering those they manage… 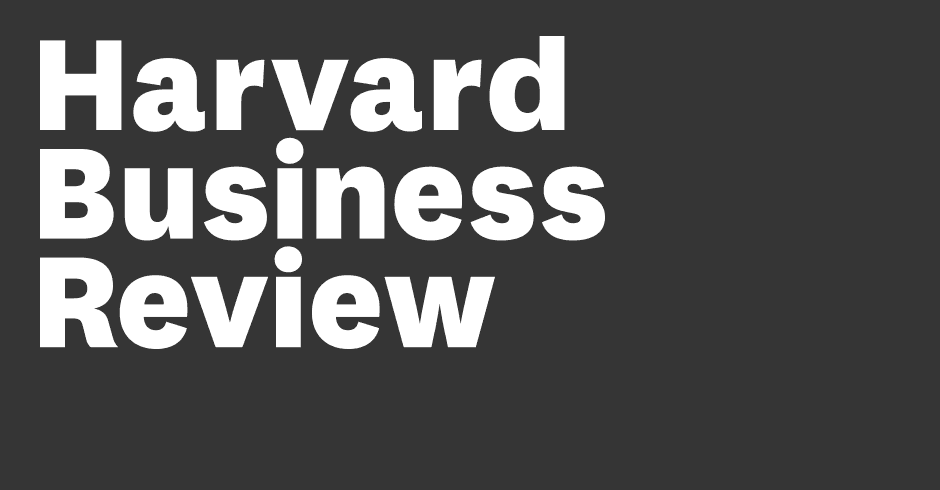 hbr.org
Organizations have to change to stay alive. That’s a given. But change doesn’t always have to create anguish. Sometimes change is more effective when it hurts less. That’s where a new approach to change—dynamic stability—comes in. Here’s how it works. 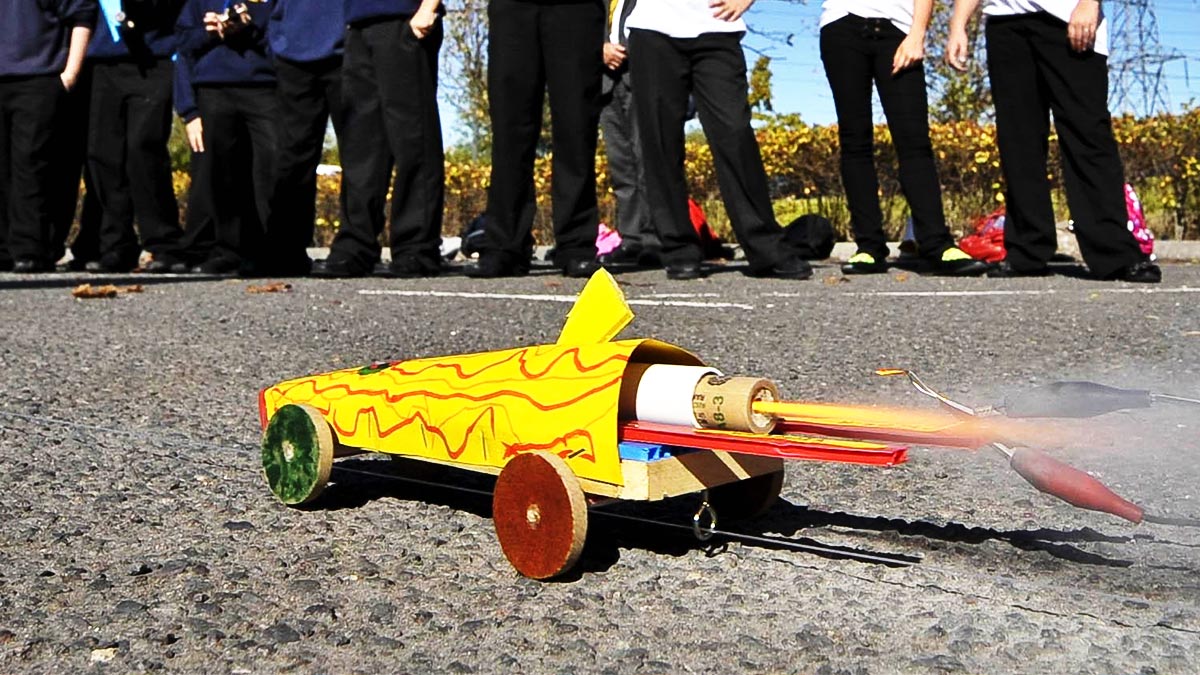 4 Ways to Build an Innovative Team 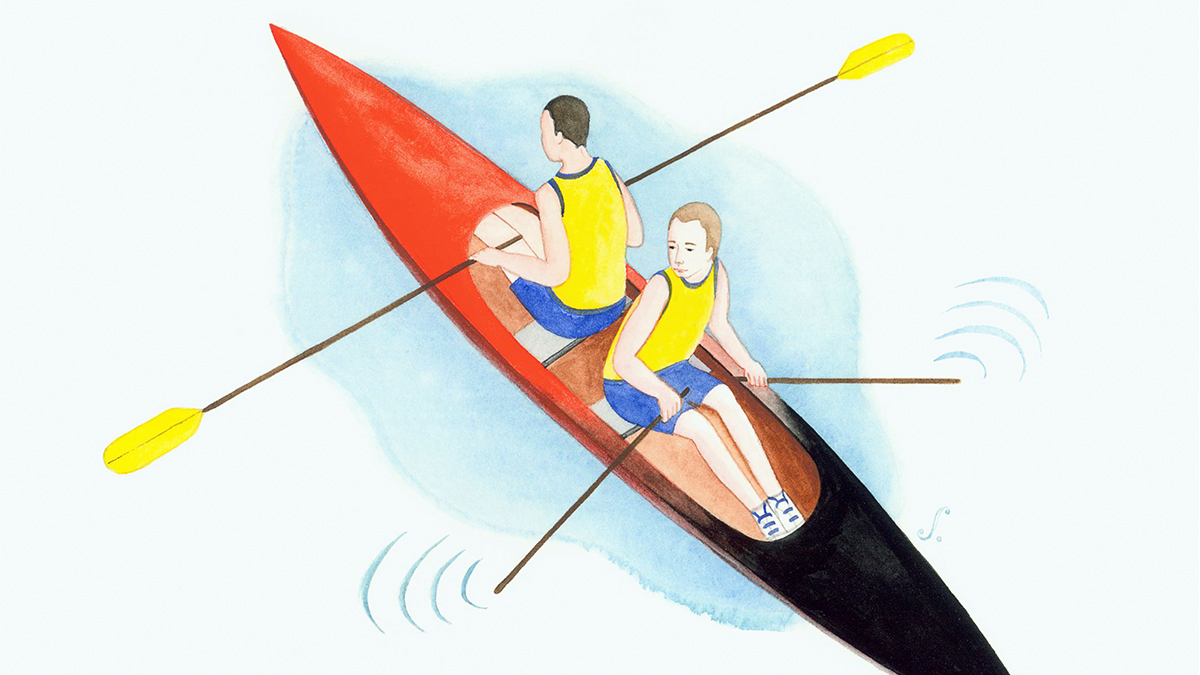 When You Have to Carry Out a Decision You Disagree With

hbr.org
Sometimes you have to keep your opinions to yourself. 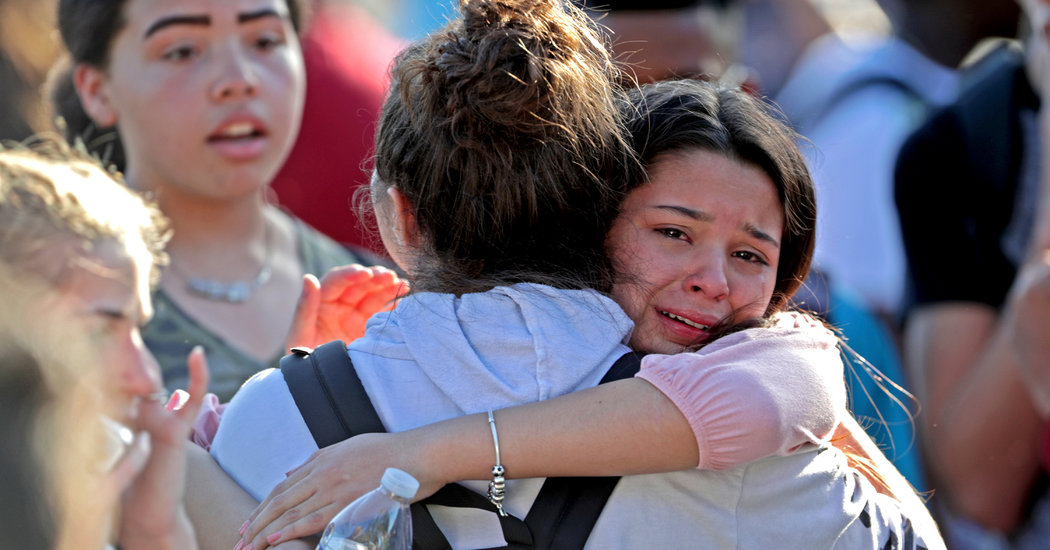 Resources for Talking and Teaching About the School Shooting in Florida

www.nytimes.com
How are you addressing the school shooting in Parkland, Fla.? The Learning Network and teachers offer ideas for responding to this attack and the issues it raises.

How a P.E. Department Designed a Compassion-Based Curriculum | Cult of Pedagogy

www.cultofpedagogy.com
This department was committed to getting to know their students like they never had before, and what they discovered changed everything.

Are You Fixing or Teaching? – Jimmy Casas 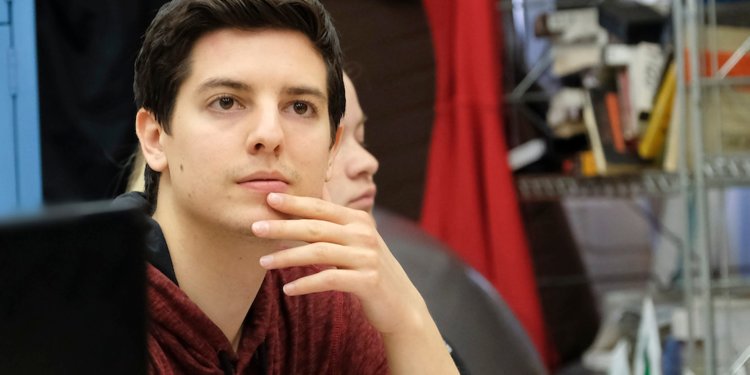 www.businessinsider.com
On A&E's "Undercover High," seven adults posed as students for a semester in a high school to better understand the reality of being a teenager today. 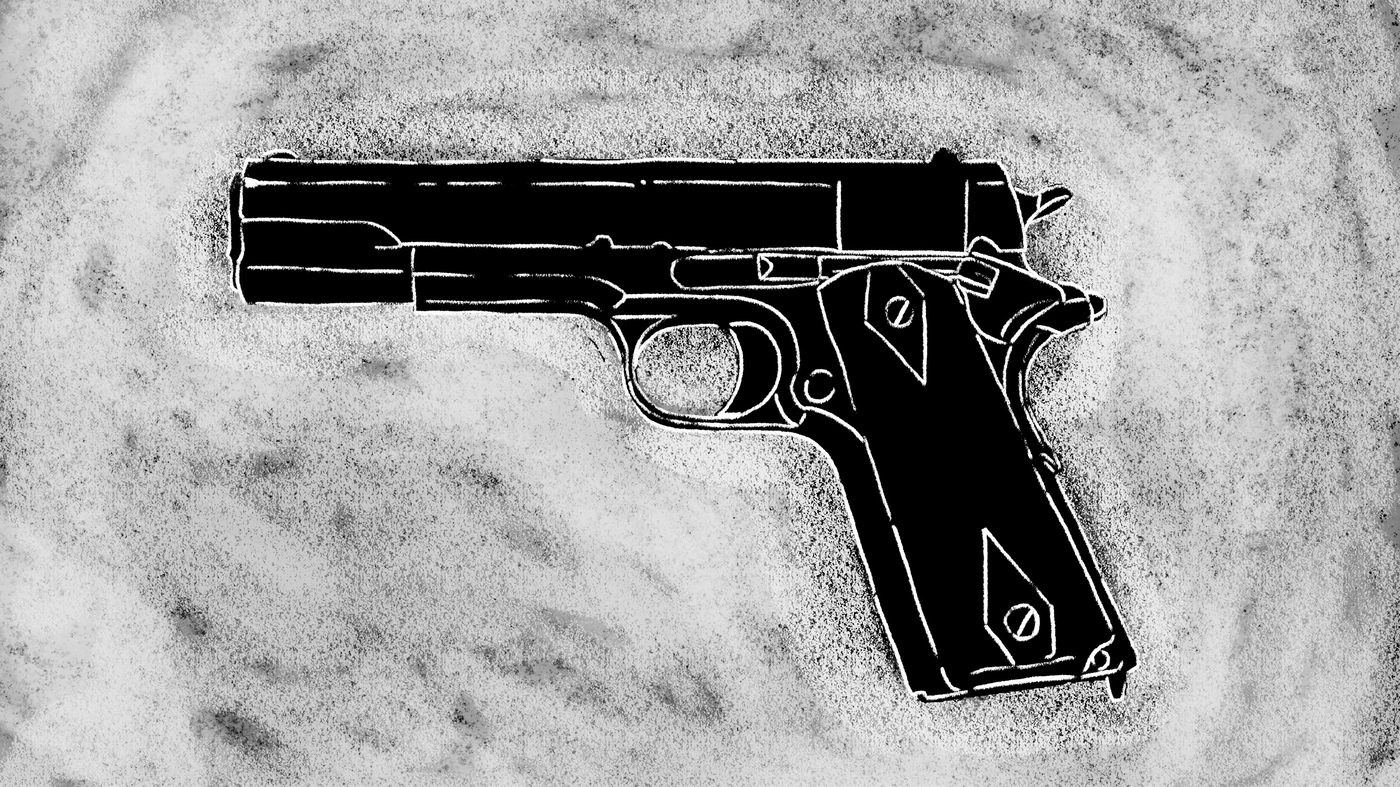 Is There Any Way For Schools To Prevent Shootings?

www.npr.org
There is no one profile of a school shooter, but whole-school approaches to mental health and discipline have the potential to reduce violence. 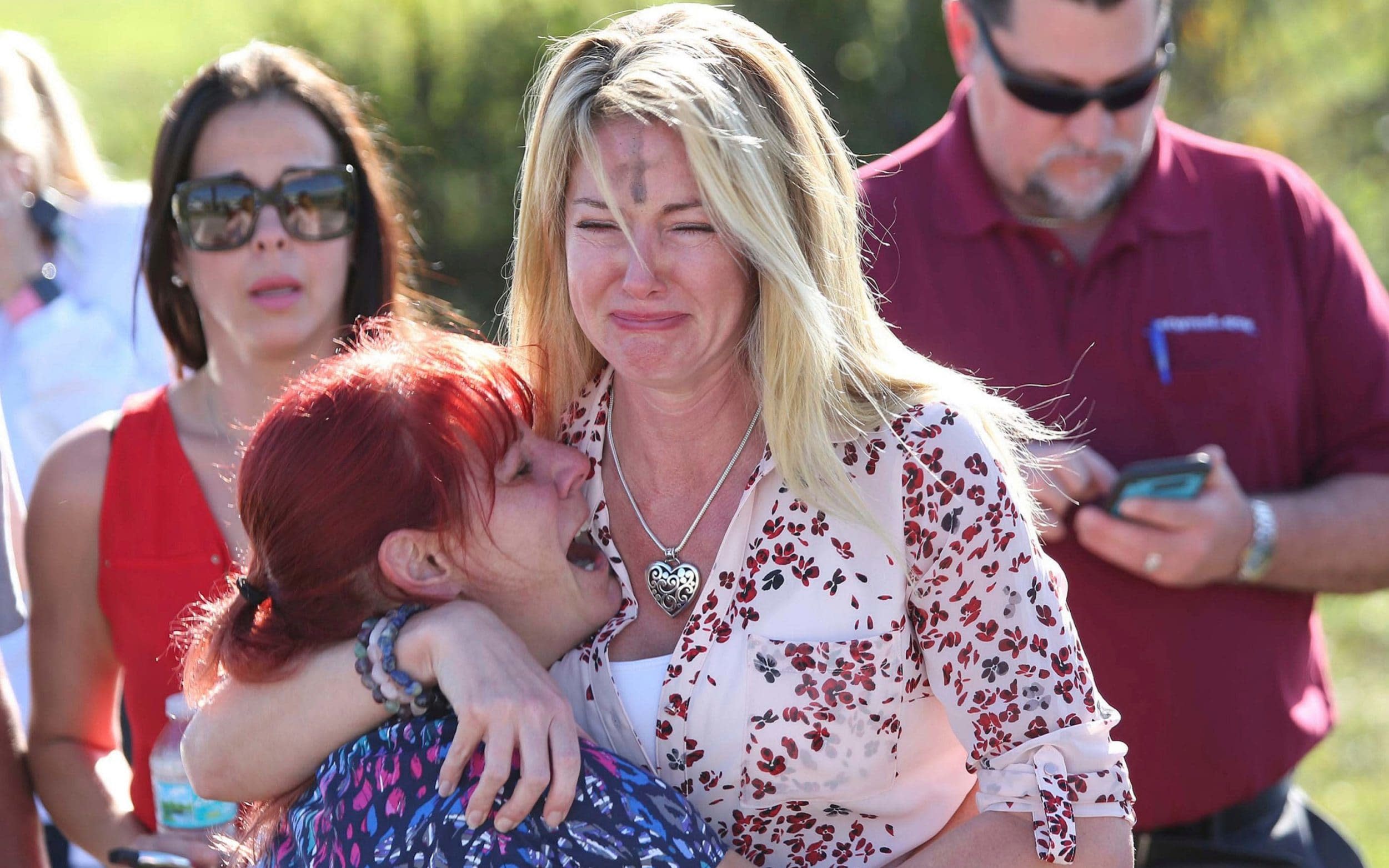 'The new normal': With a school shooting every 60 hours, US faces grim reality

uk.news.yahoo.com
'The new normal': With a school shooting every 60 hours, US faces grim reality

thecatholicwoman.co
"On June 30, 2017, I journeyed to Waco, TX for a fun, summer getaway with a dear friend to visit the Gaines' Silos for the first time. On our way home, we were crushed between two 18-wheelers. Unfortunately, my friend did not survive, and I endured several severe injuries. After thirty days in the hospital..."

Winning the Battle, Losing the War

www.fs.blog
Winning a battle at the expense of your greater well-being and happiness can hardly be counted a victory. Learn why it's often wise to lose a battle so you can win the war. 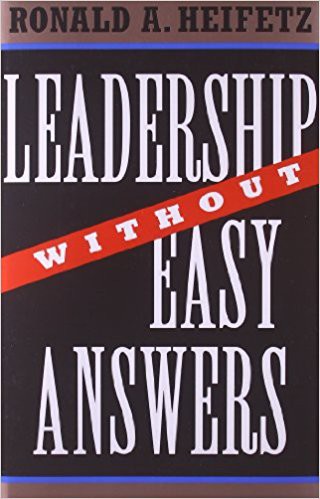 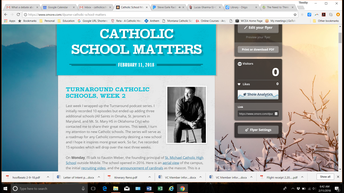