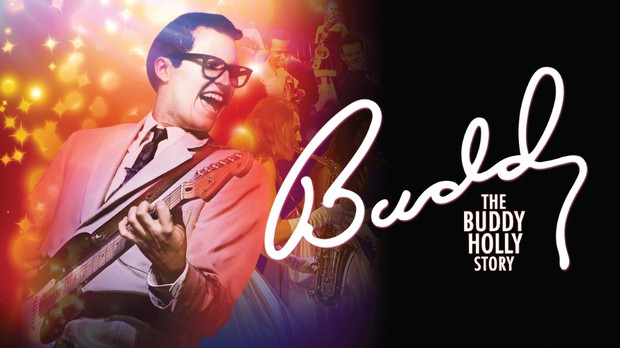 Be part of the next great musical at CAST!

This show tells the true story of Buddy’s meteoric rise to fame, from the moment in 1957 when “That’ll Be the Day” hit the airwaves until his tragic death less than two years later on “The Day the Music Died.”

The incredible legacy of the young man with glasses, whose musical career spanned an all-too-brief period during the golden years of rock and roll, lives on in this one-of-a-kind musical.

The show is a 50’s musical, with most scenes taking place either in a recording studio or performance venue setting.

Auditions will be Jan. 2, 3, 4 from 5 p.m. – 7 p.m. on stage at CAST. All those interested in the roles should come prepared to sing a song by Buddy Holly and parts of Chantilly Lace by The Big Bopper and La Bamba by Richie Valens.

A list of possible conflicts between mid-January and late February is also requested. Show dates are Feb. 16-18 and 23-25 at 7:30 p.m. All those accepting a role will be expected to be present for each performance.

For more information, call 814-765-4474, e-mail ClearfieldArts@gmail.com or visit www.ClearfieldArts.org. CAST is located at 112 E Locust St. in the heart of downtown Clearfield.

Click HERE to learn more about next year's season!

We are seeking program advertisements and production sponsorship from local businesses, organizations, and individuals who wish to support the arts in Downtown Clearfield. Advertising in our program, or sponsoring a show, lets your customers know that you are directly supporting the arts in Downtown Clearfield. You are also ensuring that the many opportunities CAST provides are affordable and convenient for the people of our area.