Hedaya is using Smore newsletters to spread the word online.

Get email updates from Hedaya:

A Little About iPods History

Looking back in time, iPods were tiny devices used for music purposes. iPods were released in 2001 by Apple, a multinational technology company. Over the years, Apple has been working on improving these devices by adding different elements from the periodic table to make them as suitable as possible for us to use.

What Makes Up an iPod?

An iPod's most important components are:

1)Stainless Steel: Is poor conductor that is an alloy which in this situation a mixture of metals, such as, Aluminium, Copper, Nickel, and Chromium. Alloys can also be metals and other elements, in an Alloy Steel, Iron is compressed with 1% of Carbon. To be more accurate, Copper is added to improve the structure of steel that makes up an iPod. Nickel makes it corrosion resistance, while Chromium is used to resist the rust.

2)Glass: Is a transparent molecular compound of Silicon and Oxygen, Silicon dioxide (SiO2). Glass is usually added to the screen to protect it and since it is transparent it will allow the user of the iPod to see the screen.

3)Lithium-ion Battery: Is a light-weight high power battery that is used in computers, it is free of Mercury and Lead because they are very dangerous. This battery provides energy for the electrical circuits.

4)Circuit Board Display: Is a flexible plastic board that has silver or gold printed circuits on it.

Where Do Elements' of an iPod Exist?

Aluminium, Copper, Iron, Nickel and Silicon are solid elements that are located in the middle (most of them) of the periodic table. Silicon is a metalliod, whereas, the rest of them are metals. These elements can be found in the crust of the earth, in fact, these elements take up 46.6% of the crust. Countries like China and the United States produce these elements a lot.

When thinking of metals, the first metals that comes in mind is Iron, that is due to the abundance in usage. It is by mass the most common element on Earth, forming much of the Earth's outer and inner core. Iron is a lustrous metal with a grayish tinge (does not let light pass through it). It is ductile and a good conductor with a melting point of 1538 °C , a boiling point of 2862 °C and its density is 7.874g/cm. Furthermore, Iron is nontoxic and dissolves in acid; it readily combines with oxygen in moist air, which produces iron oxide that causes it to rust. These properties of Iron makes suitable for an iPod, moreover, Iron's density, conductivity and ductility helps an iPod to hold its structure, conduct electricity and make wires. Although, it reacts with oxygen aggressively which might be the reason why some iPods rust, other metals, such as Chromium, are added to resist the rusting. The chemical formula of rust is Fe2O3, Iron (iii) Oxide. This compound is a ionic compound because it has a charge and it is a mix of a metal and a non-metal. 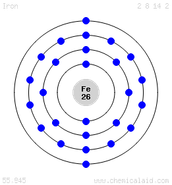 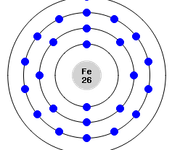 To recycle an iPod, it should be returned to the company, Apple. Devices, like, iPods are considered as hazardous waste, many chemical in such devices leach from landfills into the ground water system which is why it needs a lot of care. Different parts of an iPods get separated and sold separately so that they can be reused. These devices are very hard to dispose, which is why people tend to reuse them.

Click HERE to have a better understanding of the process

Hedaya is using Smore newsletters to spread the word online.