Center for Creative Work at The University of Houston

Center for Creative Work at The University of Houston

The Honors College Commons at the University of Houston 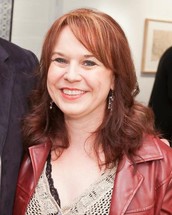 "Jennifer is the Artistic Director and co-founder of Mildred’s Umbrella Theater Company. She has dedicated herself for the last decade to Independent theatre in Houston. In the last few years, she has also worked as actor, director, producer or advisor with many other independent Houston theatres, including dos chicas, Fan Factory, The Landing Theatre, Thunderclap Productions, Wordsmyth Theatre, The Nova Arts Project, Unhinged Productions, the national reading of The Laramie Project: 10 years Later, and others. She has an MLA in English and an MLA in Drama from St. Thomas University. Her writing has been published in Laurels and the Allegheny Review. She also teaches English at Houston Community College. She received a ‘BEST OF HOUSTON’ Nomination in the Houston Press in 2007 for Best Actress, and a nomination for Best Artistic Director in the 2012 Houston Theatre Awards. Jennifer was recently featured in the Houston Press's 100 Creatives"-mildredsumbrella.com

So, What is the Center for Creative Work exactly?

The Center for Creative Work offers courses and programs designed for Honors students interested in a critical and interdisciplinary arts environment. We provide workshops, directed studies, art outings, retreats and signature events such as the Dionysia that bring together great books and creative minds.

More from the Center for Creative Work

Dr. Bill Monroe, Dean of The Honors College at the University of Houston, orders a snow cone from a food truck at DiverseWorks during The Great Banquet Reception.

The Great Banquet Performance at DiverseWorks

Sharing stories and food- that's what CCW is all about!

Follow John Harvey
Contact John Harvey
Embed code is for website/blog and not email. To embed your newsletter in a Mass Notification System, click HERE to see how or reach out to support@smore.com
close