Get email updates from Cynthia:

The new playground is officially OPEN! Thank you to our PTA and all the support and money they give to us as a school! Also, we want to thank each of our families for helping our school make this playground a reality! 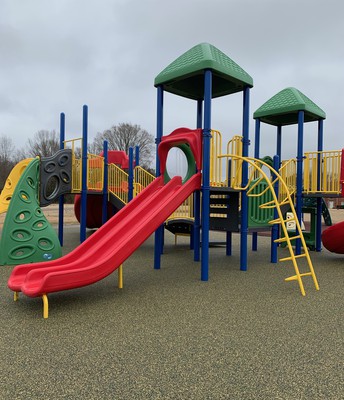 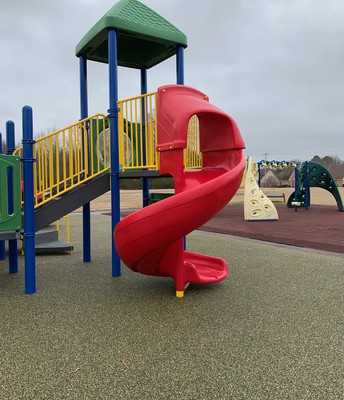 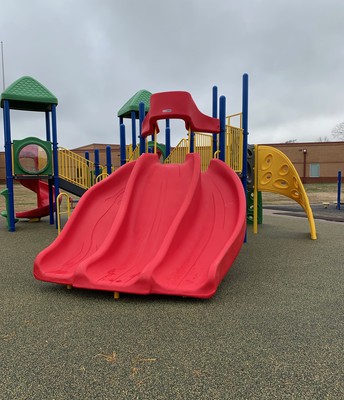 We have one little snag on the playground and that is the spiral slide. It has to be repositioned in order to have the correct amount of space to meet guidelines. This should be happening soon! 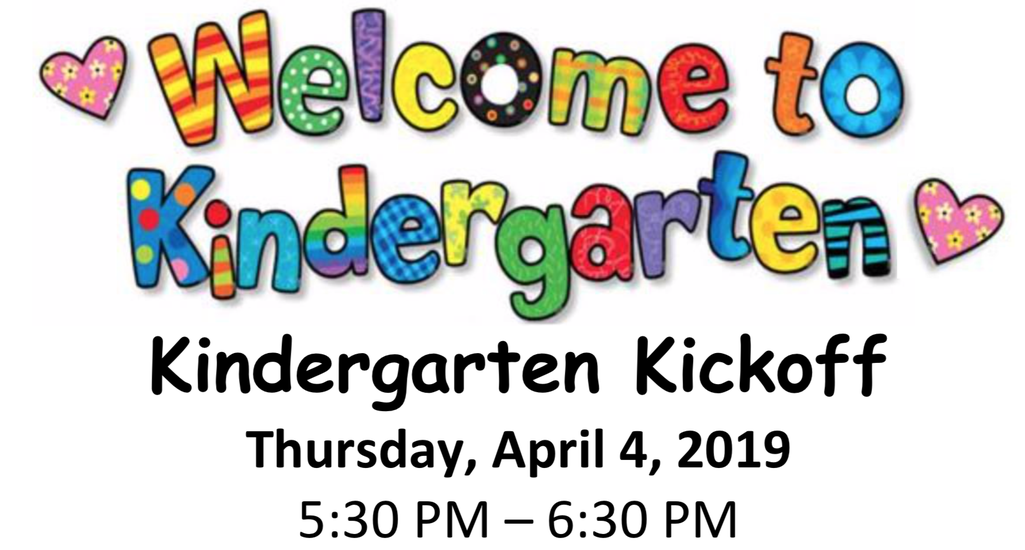 Please tell your friends and neighbors who will have an entering kindergarten student for next year! The flyer is below!

BSE is proud to announce that Swetha Somasundaram won the State Fire Safety poster contest for the 3rd-grade division. The fire prevention theme was "Look, Listen and Learn. Be Aware. Fire can Happen Anywhere." Congratulations Swetha! 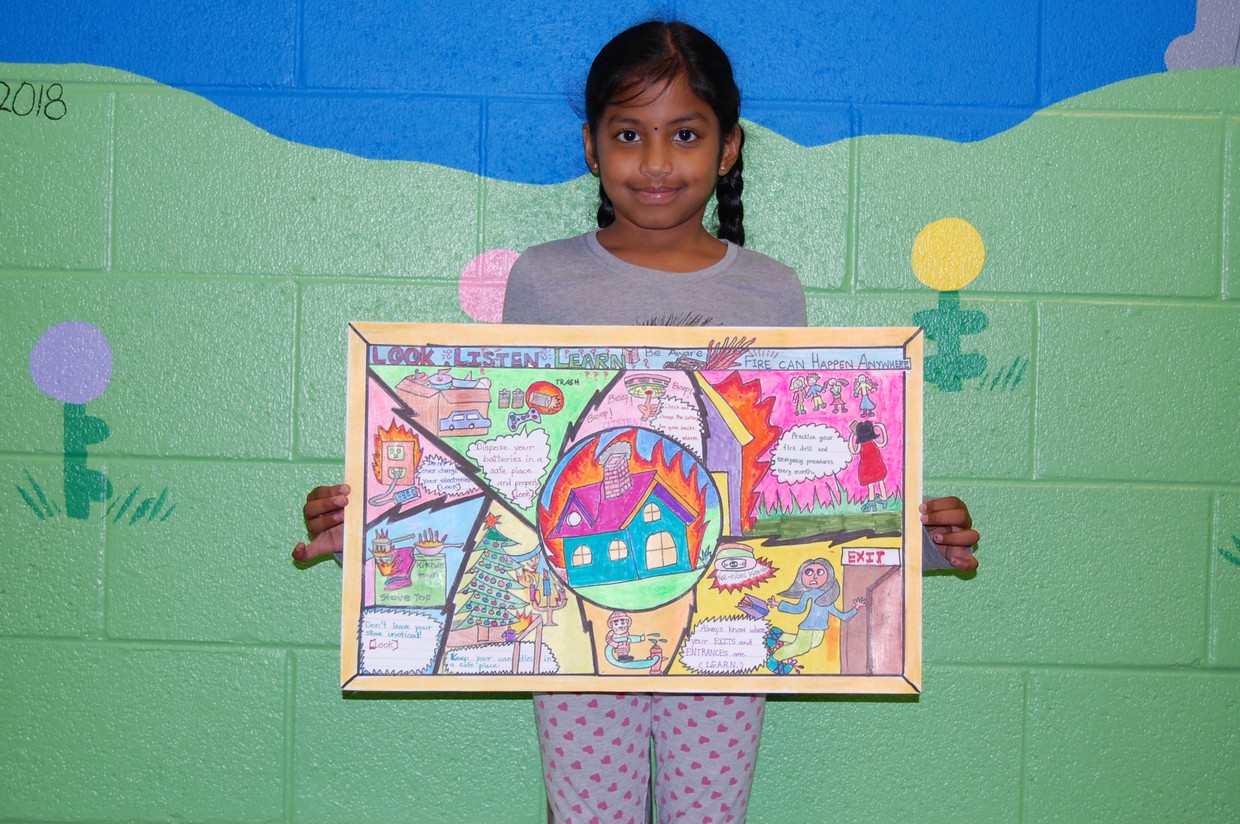 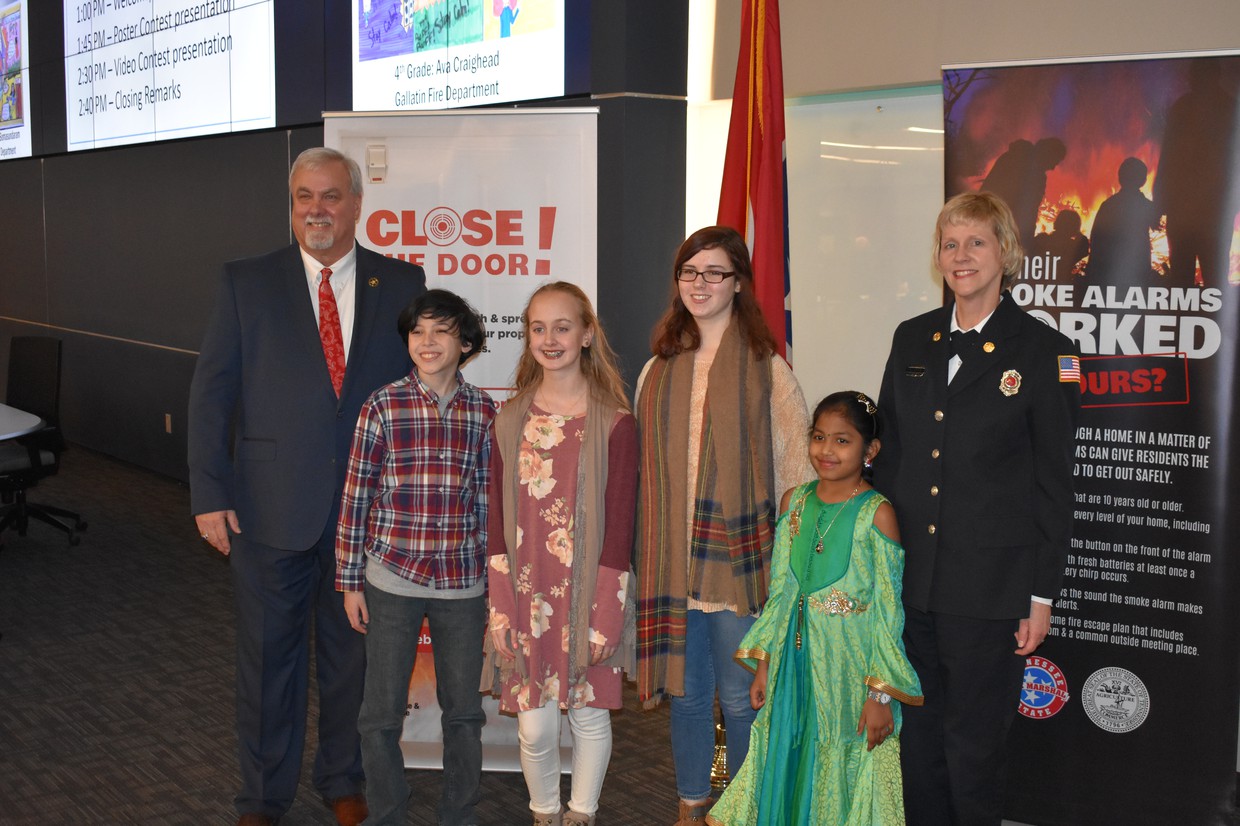 Congratulations to Michelle Miller who was selected as Collierville Schools TN Teacher of the year for grades Prek-4th. We are very proud of Michelle and thank her for all the hard work she does at our school to help our students! Michelle will now compete in the regional competition! Good Luck to Michelle as she competes for the state title. 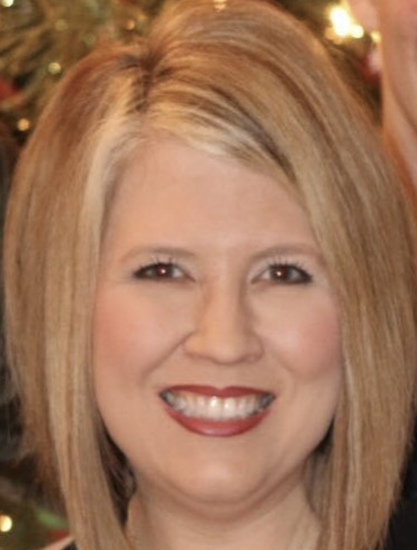 Congratulations to our Rotary Teachers of the Month!

Daddy/Daughter Dance and Urban Air were both successful and fun nights for our students! Thank you to our awesome PTA under the leadership of Shannon Pittman for organizing and making this night fun for our students! 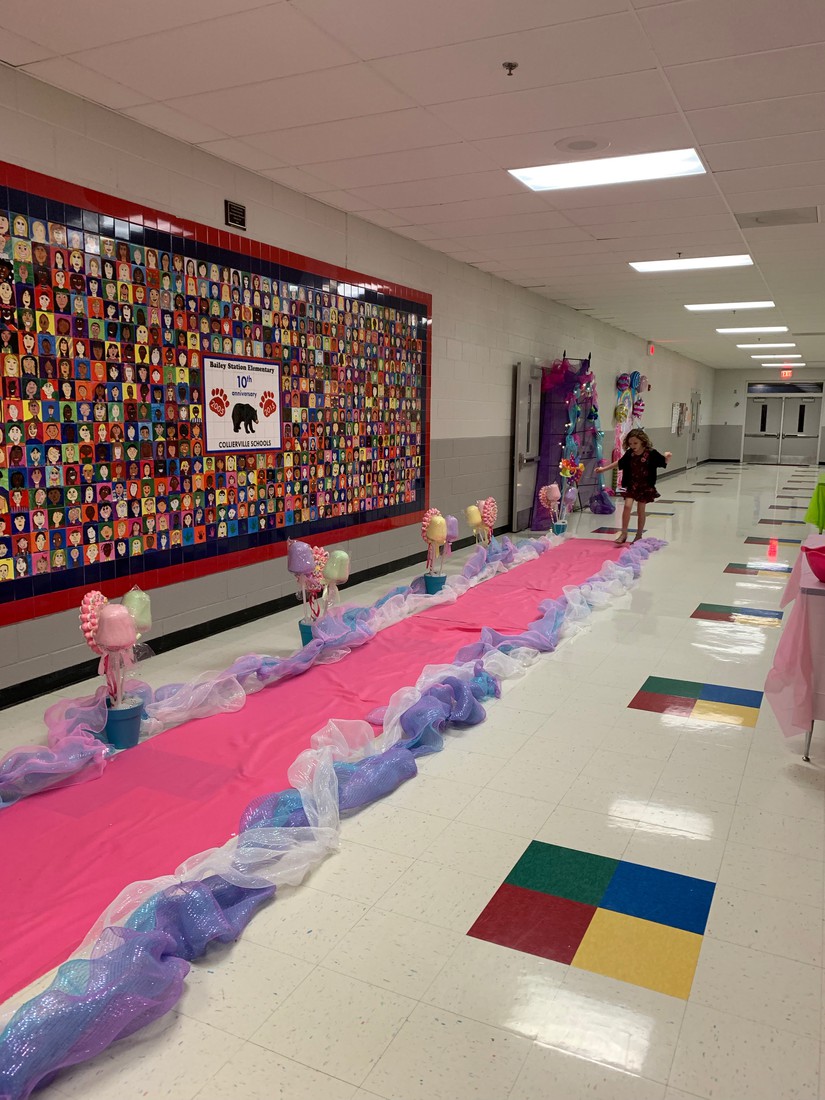 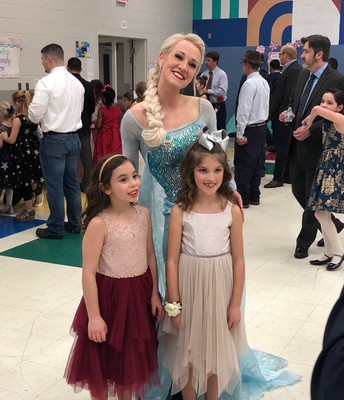 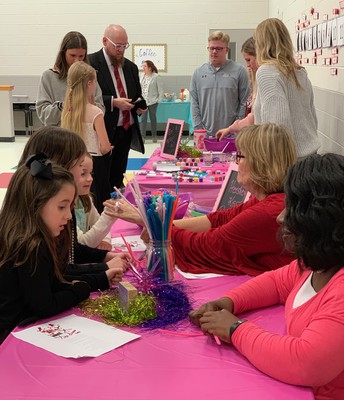 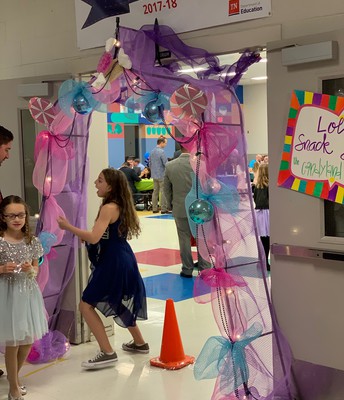 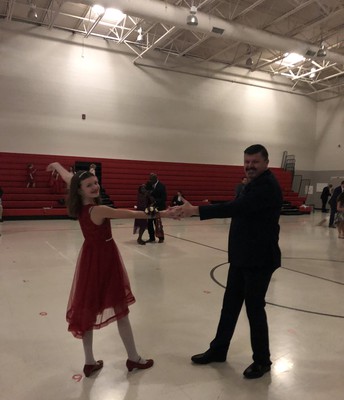 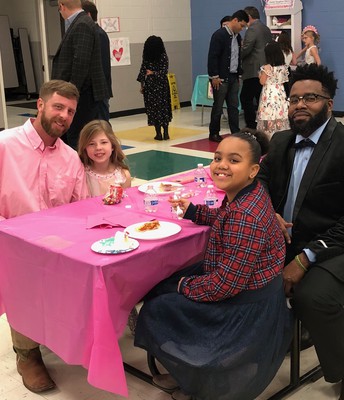 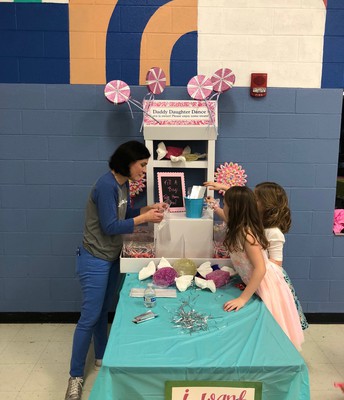 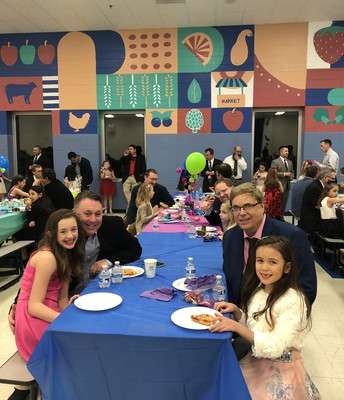 We love our dads! 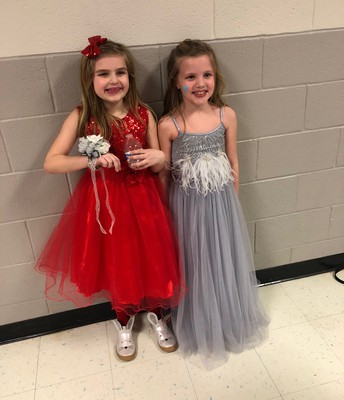 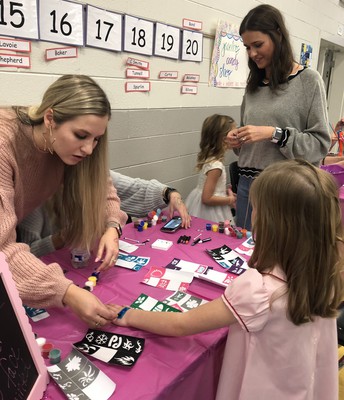 TNReady Testing coming up in April! Many parents ask about what they can do to help their child be successful and to do their best on this type of testing. Below are a few articles that might help! www.scholastic.com
Find out how to help your young learner get ready for annual tests, plus get insight into how to interpret your child's results.

8 Ways to Prepare Your Child for Standardized Tests

www.understood.org
Standardized tests can be stressful. Here are eight ways to prepare your child for the big day, including relaxation techniques and checking on accommodations.

www2.ed.gov
Helping Your Child Succeed in School is a booklet that provides parents with information, tools and activities they can use in the home to help their child develop the skills critical to academic success.

A rising star in education reform circles will lead the Tennessee Department of Education, Gov.-elect Bill Lee announced Thursday. Penny Schwinn, 36, an official with the Texas Education Agency, will join Lee as his education commissioner, arguably one of the governor-elect's most significant Cabinet picks. She will be tasked with crafting Lee's K-12 education initiatives, which could include a school voucher proposal, and ironing out issues with the statewide TNReady standardized test.

Penny Schwinn, the Texas Education Agency chief deputy commissioner of academics, will become Tennessee's new education commissioner under incoming Gov. Bill Lee. Lee said he looked around the country and the state for a candidate who could “advance the cause of education improvement in Tennessee.” “We believe, and I am certain, that we found the person that understands that every child in Tennessee deserves a quality education,” he said.

A career educator who comes from a family of teachers, Schwinn has experience in Delaware leading testing efforts and founded a California charter school.

A top administrator in Texas, she comes to Tennessee having weathered a conflict-of-interest controversy that resulted in that state revising its contracting rules. Schwinn said she grew up with her mom, a 37-year-educator, bringing her to class. She said it instilled a passion for education and ensuring all children have the best opportunities to learn. "What I have accomplished and what I still hope to accomplish in education is the reason I work 100-hour weeks," she said. "It is the reason I believe this is a lifetime commitment." In an interview, she said she wants to ensure educators and parents feel heard.

She leaves the Texas Education Agency after pursuing a series of reforms that included transforming the state's assessment program after a year of issues, according to the announcement. She said she will lean on that experience to improve TNReady testing, which has been under fire after several years of problems. Schwinn also expanded pathways for improving students’ career readiness upon graduation, the Lee transition statement said.

Schwinn's appointment was hailed as an "outstanding choice" by Texas' education chief.

"Penny’s leadership as TEA’s chief deputy commissioner of academics has led to considerable improvements in the way we deliver education to Texas’ 5.4 million school children," Texas Commissioner of Education Mike Morath said. "I wish her all the best as she embarks on this new journey to improve the lives and educational outcomes for students in Tennessee."

www.tennessean.com
Gov. Bill Lee appoints a new commissioner of education to take over for Candice McQueen.

Attention 5th Grade Parents! WCMS is hosting a parent informational meeting for parents of incoming 6th graders. This meeting will be held in the West Auditorium on Monday Feb. 25th at 6pm. Please see the attached flyer.

Calendar of Events at BSE

February 18th: Holiday for all students

March 21st: BSE is the featured school at the Board Meeting at CHS Community Room 6:00.

Great Articles/Blogs that I have come across in my studies that you might find interesting! 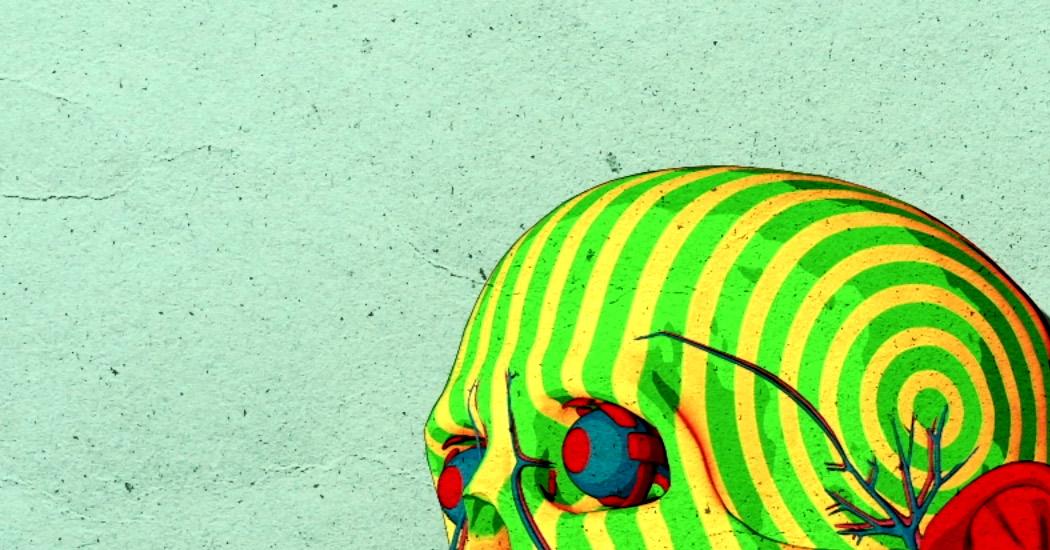 How sugar affects the brain

www.ted.com
When you eat something loaded with sugar, your taste buds, your gut and your brain all take notice. This activation of your reward system is not unlike how bodies process addictive substances such as alcohol or nicotine -- an overload of sugar spikes dopamine levels and leaves you craving more. Nicole Avena explains why sweets and treats should be enjoyed in moderation.

How to raise successful kids without overparenting

medium.com
Visible Learning and the Science of How We Learn, by John Hattie and Gregory Yates, is unique because of what it spends so little time discussing: teaching. A book designed to help teachers and…

gwrymca.org
With summer almost here, and parents working hard to find a plan for their children to spend the next three months, we must consider how these children will continue to learn and not lose the knowledge they have gained the previous nine months in

Dr. Mark Greenberg - Social-Emotional Learning and Learning to Read | Children of the Code