Get email updates from Joy:

HELP OUR YOUTH FROM THIS GROWING PROBLEM

HELP OUR YOUTH FROM THIS GROWING PROBLEM

Why are gangs appealing to young people?

A gang is a group of recurrently associating individuals or close friends with identifiable leadership and internal organization, identifying with or claiming control over territory in a community, and engaging either individually or collectively in violent or other forms of illegal behavior. (Wikipedia, 2013)

"According to the 2011 National Gang Threat Assessment report, gangs are responsible for an average of 48 percent of violent crime in most jurisdictions, and up to 90 percent in others." (FBI, 2013) 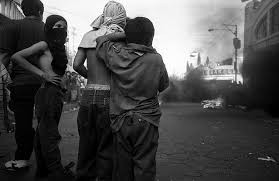 How bad is the gang situation in Athens?

There are approximately 10 gangs in the Athens area. Most are involved in crimes of theft and drugs

"Athens gangs — most of which are Hispanic or black ­— have loose associations around neighborhoods or landmarks, but they are spread throughout Athens-Clarke and the surrounding counties, he said. Nichols declined to name specific places where gang activity occurs." (Solomon, 2011)

Many programs for getting free of gangs is to find mentors who were in gangs before. "Homeboy Industries serves high-risk, formerly gang-involved men and women with a continuum of free services and programs, and operates seven social enterprises that serve as job-training sites." (Homeboy Industries, 2013)

I am a teacher at Cedar Shoals High School