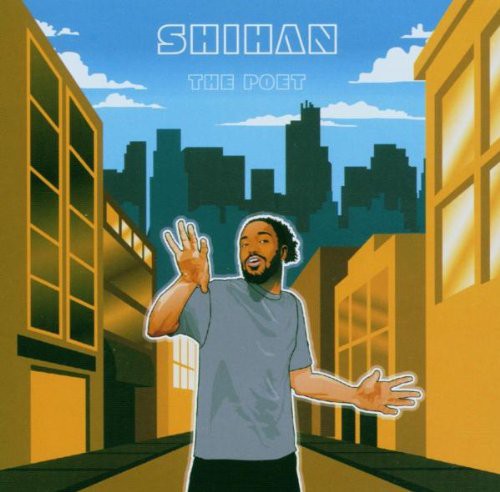 where can you see him!?

Shihan is undoubtedly one of the most dynamic spoken word artists of our generation. This National Poetry Slam Champion (2004) and National Poetry Slam Finalist has been featured on a variety of media outlets such as 6 appearances on HBO’s Def Poetry, NBC, Oprah Winfrey’s Oxygen Network, Al Gore’s Current TV, Nike’s Battlegrounds, Reebok, Adidas, NBA, CNN, Artisan Films’ Belly DVD, Complex and Billboard Magazine, several national commercial spots, and 5 National Tours. His abilities to transcend cultural and generational boundaries have made Shihan a much sought after talent. In addition, Shihan has independently released 2 CD’s The Poet(Best of 2005 Honorable Mention-Baltimore Sun) and Music Is The New Cotton which have both received critical praise for their honesty and creativity.

“His lyrics are thoughtful and unpretentious; creating a verbal landscape that drips with sincerity.” Pop Matters Magazine “For poems closer to the truth than most would push for, 'Auction Network' and 'Robots' are what this man does best...”(5 Star rating) DJ Magazine (UK)

“Shihan’s words flow without regard to iambic parameter or strained couplets. If my writing were this coherent and consistent, I’d be a Pulitzer author by now.” Metro Pop Magazine