How do Concussions lead to Dementia later on in life?

How do Concussions lead to Dementia later on in life?

Football players who suffer with concussions are more likely to accuire dementia later on in life. 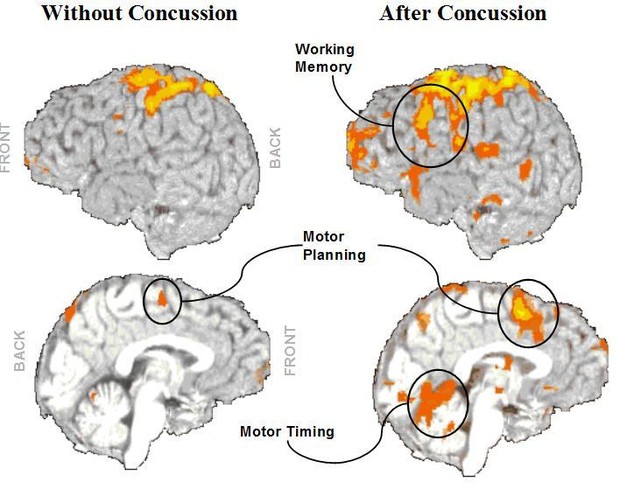 A study done on 3,439 NFL players with 5 or more seasons in the league, showed that they were 4 times more likely to get Alzheimer's Diease (a form of Dementia) . 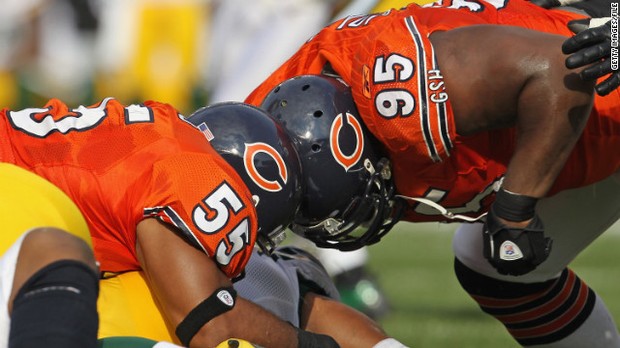 Survey on retired Pro Football players found 60% who had suffered at least one concussion. 26% reported 3 or more concussions in their career. Players with 0-2 concussions had devloped less signs of dementia/ Alzheimer's Disease. The symptoms of 3 or more concussions were memory problems, confusion, speech & hearing difficulties, numbness in the arms/ legs and many headches.

In February 2007, Ted Johnson (Patriot LInebacker) announced he had heath problems including things similar to early onset Alzheimer's, which was traced to his many concussions sustained as a young boy and in his career in the NFL

His brain on a CTE