Spotlight on the Gifted Experience

Spotlight on the Gifted Experience

On March 11th and 12th, Advanced Math 6 and Pre-Algebra gifted students at Landstown Middle School tackled a Virtual Pi Day breakout in preparation for Pi Day on March 14th. Six self-checking locks presented themselves to the students and required them to apply various techniques of problem solving and the proper use of multiple algorithms to Break Out!

There were a variety of problems including addition of the digits of Pi, using the equation for computing the area of a circle, and finding an efficient method for counting the number of circles in a spirograph type figure. Classes were a mix of face to face and virtual students. Because of this, students collaborated in Zoom breakout rooms to race to beat the 60 minute clock. The lesson ended with a synectics activity where students chose graphics of everyday objects and compared them to the concept of Pi. One of the most interesting analogies was a comparison between a beach scene and Pi. The student told us that, "Pi does not end like the horizon in the beach scene." This culminating activity truly challenged gifted learners and enabled them to abstract meaning conceptually and apply it to new situations. 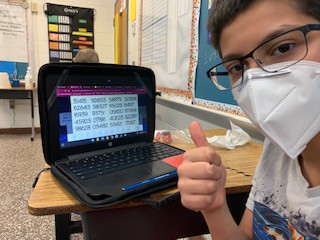 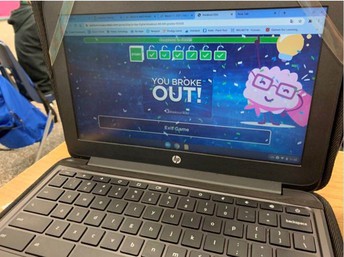 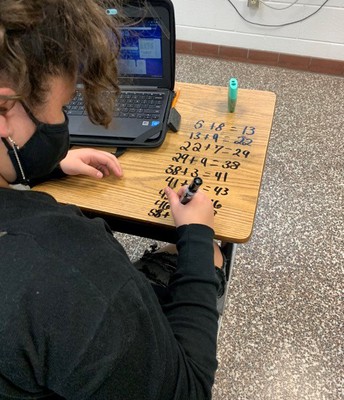 Kempsville MS Gifted Resource Teacher (GRT), Heidi Yeager, developed a schoolwide SEL lesson that incorporated Costa's Habits of Mind, a series of dispositions that foster creative and critical thinking. In this particular lesson, students focused on the habit of managing impulsivity. During the lesson, students viewed a video about a group of birds sitting on a wire. When a giant bird landed on the wire and weighed it down, the smaller birds reacted and shooed the big bird off the wire, until he fell off. Eventually, all of the birds flew off the wire. 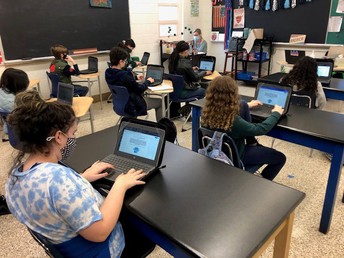 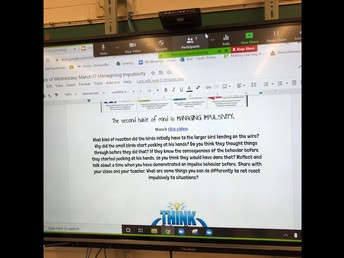 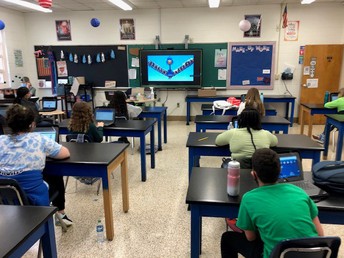