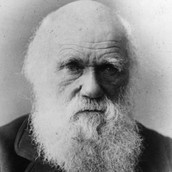 Charles Robert Darwin, was an English naturalist and geologist, best known for his contributions to evolutionary theory. Darwin published his theory of evolution with compelling evidence in his 1859 book On the Origins of Species. Darwin's scientific discovery is the unifying theory of the life sciences, explaining the diversity of life. Darwin's early interest in nature led him to neglect his medical education at the University of Edinburgh and encouraged his passion for natural science. He helped to investigate marine invertebrates. Darwin began detailed investigations and in 1838 conceived his theory of natural selection.

Connect with chris b