Hoang is using Smore newsletters to spread the word online.

Get email updates from Hoang: 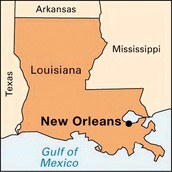 Benefits of locating in New Orleans

This port in New Orleans is a major and popular port and has been around for years. 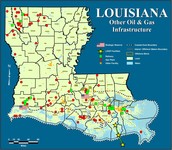 Many oil refineries are located near the coast of Louisiana.

Benefits of locating in Houston

The population of Houston is growing at a rapid pace.

Houston has many major and minor oil companies so trading is easier.

This port in Houston is major trading and transportation site.

So which is better?

Between both of these cities, Houston would be a better choice. Although New Orleans has lots of great ports, and uses the Mississippi River as trade route, Houston is a better choice because of its population(6 times that of New Orleans), leading to more employment, the economy of Houston thrives on oil, and more oil companies to trade with.Houston is rapidly growing in population, and New Orleans can't compete with Houston anytime soon. Houston has more companies to trade, leading to increase in money. Overall, I chose Houston because of its growing population, which leads to more jobs, and more companies to trade with.

Houston has a vast amount of companies to trade with.

Houston heavily relies on oil as its economy.

Hoang is using Smore newsletters to spread the word online.