The Bravery of Malala Yousafzai

A true hero who doesn't back down from what's right.

The Bravery of Malala Yousafzai

A true hero who doesn't back down from what's right. 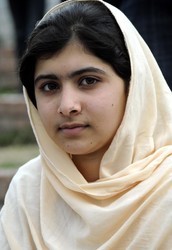 Born on July 12, 1997, Malala Yousafzai is a Pakistani activist for girls' education. On October 9, 2012, at age 15, Malala Yousafzai was shot in the head by a Taliban gunman for standing up for girls’ right to education. In the time afterward, Malala's condition gradually improved and she recieved an outpour of support from others for her bravery. People have often described Malala as a brave, perseverant and peaceful leader.

Malala is a firm yet peaceful advocate for peoples' basic right to education. Despite multiple threats to her own safety, she bravely refuses to back down for what she believes in. She stands up for her own and others right to education.

Over the course of her life, Malala learned to stand her ground and voice her opinion on what she believes in. She doesn’t back down from intimidation or threats and she calmly protests the violation of peoples' right to education by using her words and actions instead of violence. Even when threatened by the Taliban, Malala unflinchingly stands her ground.

Malala’s perseverance and bravery in the face of harassment is one of her most helpful traits; she doesn’t back down and continues to promote what she believes in despite the constant danger lurking over her.

By standing up for her own beliefs so peacefully, Malala has inspired others to do the same. Since Malala is the youngest Nobel Peace Prize winner there is, she’s also proof to other young people that you can change the world no matter how old you are. She encourages others to voice their opinions and be the best person they can be.

Why is She a Good Leader?

One of the many admirable things about Malala is how she doesn’t back down from what she believes is right, despite constant threats to her. She values the rights of herself and others' above her own safety. No matter how many people try to tell her she’s wrong, Malala refuses to be quiet just because of intimidation. She executes her freedom of speech in a peaceful, inspirational way and influences others to consider what she has to say by doing so.

Leadership Traits of Others

In my opinion, not all leaders need to have the exact same traits as Malala. I don’t think all leaders need to have every “leadership trait” to be effective. A leader could have all those qualities and still not necessarily be an effective leader. On the other hand, one could lack those traits but still be an effective leader. I think it depends on the person and how people react to them.

"When the whole world is silent, even one voice becomes powerful." -Malala's words from a speech given at Harvard 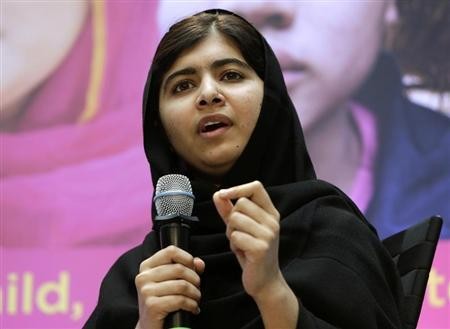 Although I don’t have many characteristics in common with Malala, we’re both fairly perseverant when it comes to achieving what we believe in. In my future, I strive to be like Malala by standing up for my beliefs without getting discouraged or giving up.

Personally, some qualities I believe I need to develop if I want to be a good leader are bravery, adaptability and passion. A truely good leader needs to be brave and not back down in the face of their fears. They also need to be able to adapt to any situation and be passionate about what they're doing. If I gained those qualities I think I might be able to become a fit leader.