Becca is using Smore newsletters to spread the word online.

Get email updates from Becca:

Writing to make this whole nation feel to what slavery is."

Writing to make this whole nation feel to what slavery is."

What is "Uncle Tom's Cabin?"

Uncle Tom's Cabin is when Tom was ordered by his owner "Simon Legree" to whip another slave named Lucy. Lucy wasn't able to pick enough cotton and Tom puts some in her basket. He is ordered again, but refuses and suffers the consequences.

Who is Harriet Beecher Stowe?

Harriet Beecher Stowe is the author of "Uncle Tom's Cabin" and her views of slavery.

Some things about me are: My dad- Lyman Beecher, who was a congregationalist minister. 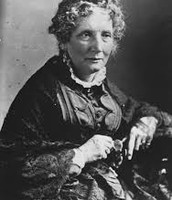 Harriet Beecher Stowe is the author of "Uncle Tom's Cabin" 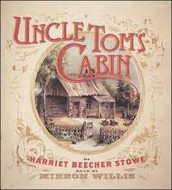 This is the book that Harriet Beecher Stowe wrote. 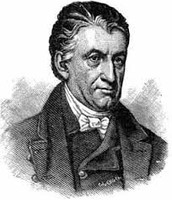 This was Harriet Beecher Stowe's Father. You can read about him above.

A sneak peek inside the book of "Uncle Tom's Cabin."

Tom spoke in a mild voice, but with a decision that could not be mistaken. Legree shook with anger;

his greenish eyes glared fiercely, and his very whiskers seemed to curl with passion; but, like some ferocious beast, that plays with its victim before he devours it, he kept back his strong impulse to

proceed to immediate violence, and broke out into bitter raillery.

These books are for sale and Harriet Beecher Stowe is selling them for 10$. If you want a signed copy it'll be 15$.
Get Directions

Why did she write this book?

Harriet Beecher Stowe wrote "Uncle Tom's Cabin" because it forever changed the views to others and how they feel about slavery, and they system that treated people like property. The book demanded that the United States would deliver to the promise of equality and freedom to the abolition movement and contributed to the outbreak of the Civil War. The book is to confront the legacy of race relations in the U.S. as the title itself became a racial slur.

Becca is using Smore newsletters to spread the word online.