Get email updates from Rebekah:

The Battle of Princeton

The Battle of Princeton

To start , in 1777, there was an important American victory, it was the Battle of Princeton .

The generals and troops in this battle had fought with the strengths they both had, both sides had lost men . Although it was an American victory , it cost them some lives . It was a British defeat, their loss was heavy . I hope that other people can agree with me that this was an important battle . 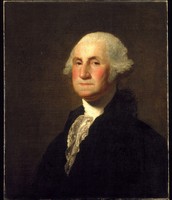 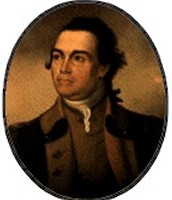 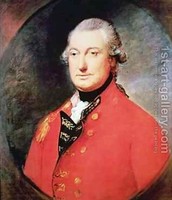 Next, the Americans fought long and hard to win this battle . It was an American victory , the main general was Georg e Washington . Another general was John Sullvian . Washington brought 2,400 troops and John Sullvian brought 300 troops to help take over Princeton . 25 died , 40 were wounded, and none were captured . They had led a night attack from the city of Trenton so they could easily get past the city guards . After they led the night attack , British troops in the city stopped them and they were forced to fight .

The Americans are fighting at the battle of Princeton .

Lastly,it was a British defeat . The main general was Charels Cornwallis . They had originally 4,500 troops but left 1,200 at Princeton . There were 100 killed, 52 wounded , and 360'captured . The british troops had been in Princeton since winter. When the 360 men were captured they had been Hessian .

Charels Cornwallis had been born on December 31, 1737 . At age 21 he was appointed as the aide to Lieutenant Genere John Manners , with the rank of captain . He was one of the 5 voters that could decide if taxes were fair of not . He married Jermiah Jones on July 4, 1768. After he got married he served as a solider in Germany for 3 years . He died October 5, 1805 . There is a monument of him in St. Paul's cathedral, London .

British troops are outside of Princeton .

The British are in Princeton trying to keep the city

In 1777, the battle of Princeton was fought at Princeton NJ , January 3 . It's important to realize that the troops had worked harder than the generals because they followed orders and were the ones who were fighting the most . Overall, the troops were the ones who deserved respect . The Americans won this battle because they fought hard and were under the orders of George Washington . Because he led the night attack, they had an advantage . All in all , George Washington battle experience helped them win . Although it was not a major battle , it was a heavy British loss . But, they had stronger forces up north so they still had a advantage . In the final analysis, the battle of Princeton should be rememberd as a important battle .

Victory - sucsess in defeating a opponent or enemy(noun) .

Advantage - something that helps to make someone or something better or more likely to succeed than others(noun).

Important - having serious meaning or worth , deserving or requiring serious attention(adjective).

Experience - the process of doing and seeing things and of having things happen to you(noun) .

Officer - a person who has a position of authority or command in millitary(noun) .

Reinforce - to strengthen with new supplies or more people(verb) .