November has finally arrived! It was quite an exciting weekend with Halloween, a rare blue moon, the election, and the time change. And while the adults anxiously wait for election results, the children are busy enjoying the season: jumping in fall leaves, picking out pumpkins and playing outside in the crisp air. Fall is fun!

Wishing you a ton of fall fun!

No School next Wednesday, November 11th in observance of Veterans Day

Keri's Corner - Behavior as a Form of Communication

Has this ever happened to you? Your family just sat down to dinner and despite having a super busy day, you managed to make a home cooked meal that you think should be a crowd pleaser. You’re feeling quite pleased with yourself when your child suddenly makes a negative comment about their meal. They push their chair away from the table and refuse to eat. You kindly ask your child to try their dinner, as you’re sure they will like it. What happens next is a 30-minute power struggle that leaves everyone exhausted and frustrated. So much for enjoying your home-cooked meal with your family. As you are cleaning up the dishes, you think through what happened with your child. Why didn’t they eat their dinner? They usually love what you served. Why was this such a fight to get them to eat?

Chances are the dinner time argument had nothing to do with the actual meal. They were probably using behavior to communicate that there was something wrong. In the absence of an obvious reason for your child’s outbursts, tantrums or negative behaviors, we as parents need to become detectives. Our mission is to try to figure out what they are trying to tell us. When a child is unable or uncomfortable talking about a problem, they use behavior as a form of communication. Think back to when they were infants and had no words. How did they communicate? Through crying. It was difficult in the beginning, but we all became experts in the different kinds of cries our children had. Once they started talking it got easier, but all of us lived through the toddler years where our children had words, but not enough to effectively communicate their wants and needs and hence the tantrums of the “terrible twos”.

As children get older their language gets more sophisticated and they become more adept at communication. However, there will be times when they don’t know how to communicate it or feel uncomfortable talking about what bothers them. This is when they resort back to using behavior as a form of communication. Think it’s only your kids that do this? Not quite, we as adults do it too. Anyone have a partner who returned home from work in a foul mood? When you ask what’s wrong, they say, “Nothing!”. It isn’t until several hours later that you find out that there was a problem at work. While they have the words to communicate, they aren’t willing to do so yet and use behavior to tell us they need some time and space alone to process what happened.

Let’s go back to the scenario with the child refusing to eat dinner. They are trying to tell you there is a problem. So, think about your child’s day. What did they do, where did they go, who did they encounter? Was it something to do with not getting a chance to do their “sharing” in class? Did they get into an argument with a sibling? Did they want to spend some extra time with you and were upset because you didn’t let them help cook dinner? Or maybe they are worried about a future event? Are they going to get to celebrate their birthday the way they had wanted? Was there an upcoming family trip that had to be cancelled? Spending time analyzing your child’s behaviors before reacting can help you respond effectively and appropriately to you child. Check out these web sites to learn more:

Understanding the Why of Children's Behavior

Your Support is Needed

Palo Alto Partners in Education (PiE) is an incredible partner of our school. Funding from PiE allows us to provide more staff than our budget would otherwise allow. Because of donations to PiE, we can have vital classroom aide support for our classes. PiE’s funding provides specialized materials and programs for art and music that enhance the academics for each student. The difference in the school with PiE’s support is remarkable. It would be a very different place without this additional funding.

If you have already donated to PiE this year, your support is appreciated! If you have not, it is not too late to make a donation. If you donate or pledge by November 16th, your donation may be matched by a Challenge Grant.

A donation, in any amount that is meaningful for your family, makes a difference to our community and our school.

You can find out all the ways to make a contribution on PiE's website at:

Thank you for being a wonderful member of the Greendell community! 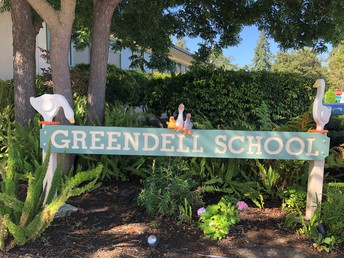 Follow Shannon Coleman
Contact Shannon Coleman
Embed code is for website/blog and not email. To embed your newsletter in a Mass Notification System, click HERE to see how or reach out to support@smore.com