- Species is threatened by habitat loss and overharvesting for its wood and medicinal resin which acts as a stimulant and induces sweating. It has also been known to relieve gout, chronic rheumatism, and is used in blood-purifying compounds and as an anti-inflammatory.

- National flower of the Bahamas 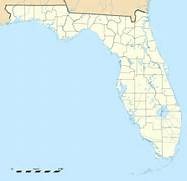 Ways we can save the Lignum Vitae population:

- We could preserve the Holywood Lignum Vitae species by going in and planting the trees in new locations to increase the populations.

- We could also regulate international trade for this endangered species.