This Week in DHS Band and Guard

This Week in DHS Band and Guard

Please take a close look at the updated itineraries for both Wind Ensemble and Symphonic Band by clicking here. Students will need to get to school early on their performance day. We are the only 4A school in our district sending two bands, and we are very proud of everyone’s hard work in preparing for the evaluation. Parent are welcome to attend the concert and sight reading portion of the contest. Video/audio recordings are not allowed in the sight reading room.

Students need to bring these items with them to school the day they go to UIL.

Band Banquet is May 7th at the Garden Ridge Community Center at 7 pm. Students may bring a date who is not in band. Tickets will go on sale on April 18th and will be sold for one week. Tickets are $30 for students and parents.

We are having a 2022-2023 Student Leadership Team interest meeting on Tuesday, April 19th at 8:15 am in the band hall. We will be going over the process for trying out for section leader, captain, and drum major for next year.

Obligations for unpaid fees have been turned in to the front office. Students will not be able to exempt final exams if they have any unpaid fees.

We are having Band Booster Exec Board Elections at our April Band Booster Meeting on April 18th at 6:30 pm in the DHS Auditorium. We will take additional nominations for each position at the meeting. Band/color guard parents can still join the booster club at the meeting and vote if they meet the requirements below. Here is the membership form.

Here are requirements to vote from our bylaws.

Texas State Solo and Ensemble Contest, May 28, All Day, University of Texas at Austin (more info to follow soon) 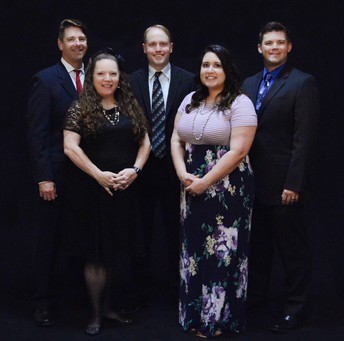 Follow Jeffrey Keyes
Contact Jeffrey Keyes
Embed code is for website/blog and not email. To embed your newsletter in a Mass Notification System, click HERE to see how or reach out to support@smore.com
close