Everything from the 1911 tragedy to the Industrial Rev.

Everything from the 1911 tragedy to the Industrial Rev.

The 1911 Triangle Tragedy. "No one ever thought it would end this way."

On March 25, 1911, the Triangle Shirtwaist factory in New York City caught fire, killing 145 workers. The workers in this establishment were employing young immigrant women who didn't speak English. Each one of the immigrant girls were working 12 hours a day, every day every week. If you didn't go into the factory that day, you would either get fired, or not paid. Most likely, they were fired. Back then, there was no law that said you couldn't lock the workers in. They locked the workers in the building so that they couldn't leave the building when they left, and also so that the workers wouldn't steal anything from the factory. The fire started because a match or a cigarette butt that was thrown into the fabric waste basket. The workers on the top floor were trapped and since the law was passed that you could lock the doors, all the girls on the bottom floors were locked in as-well. You can get more information in next weeks paper. 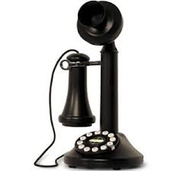 The Invention of the Telephone

The inventor of the telephone is Alexander Graham Bell. He was born March 3, 1847, and died August 2, 1922. Bell was a Scottish born scientist, inventor, engineer and innovator who is known for inventing the first working telephone. 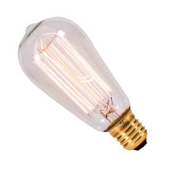 "LET THERE BE LIGHT!"

Thomas Alva Edison was an American inventor and businessman. He created many things that influenced life so greatly. If Edison didn't invent the light bulb we would still be living like we were in the 1900's. Edison also created the phonograph, the motion picture camera, and the long-lasting, practical electric light bulb.

Immigration and what THEY thought about the whole process.

After the depression of the 1890s, immigration jumped from a low of 3.5 million in that decade to a high of 9 million in the first 10 whole years of the new century. Immigrants from Northern and Western Europe continued coming as they did for 300 years, but the number of people were decreasing. After the 1880s, immigrants came way more than they did from Eastern and Southern European countries, as well as Canada and Latin America.