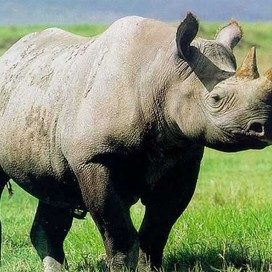 Do you like ancient civilizations in the ages of the BC era, one of the most successful civilizatons is right on this page. Welcome to the Indus valley page we welcome to read all you want and to learn some fact from the following people hard work on this page, Jordan Farrington ,Kenan Suitt, Alexcina Wartski, JooSung Lim and Tara Thompson.

What were the religious, social, and behavioral patterns of the people of your civilization?

Most buildings in Indus valley are made of mud brick. The builders also started to build wells to conserve water. In Indus most of the population of people are farmers.

In what ways were the these people advanced?

I think they built roads so when crops come in to the city there won't be a possibility that the crops might get damaged. I think the Indus people drains so when it rained it could consume the water and drain

the water to the wells.

What aspects of society were most important to them: food, animals, gods/goddesses, mythology, religion etc.

I think one of the most important aspects to the Indus people are food because Indus people weren't that interested in meat so they mostly ate fruits and vegetables.

How did this civilization communicate with each other?

The Indus people, when writing use a lot of unique and rare symbols regarding animals and other strange symbols. One certain symbol has been seen on over 4000 objects in Indus Valley.

The people of the Indus Valley also called the Harappan (Huh-ra-puhn) invented a lot of things that we use a lot. They made ovens in which they used to bake bread.Most of the city-homes had bathrooms that had toilets that were connected to (main) drains the Harappan invented. For transportation, they had carts that were drawn by bulls. They also had boats to travel along the river and to transport goods and other stuff. Some people had jobs as craftsmen. The craftsmen made knives, axes, and arrow heads that were made from copper. Some useful things they made that we still use today were hammers, needles, fish hooks, razors, and saws. They could have made dice for adults to gamble with.

The Harappan or the people of the Indus Valley had many skills that they passed down for generations. Those skills were trading goods and things, farming crops and making bricks. Later they had helped shape the cultures of India and modern Pakistan.

DID you know that Indus VALLY is located in the western part of south Asia. About 2500 B.C. The Indus people that lived there along the ASIA river. Helped make one of the greatest civilizations in the world the INDUS people where good at making stuff. DID you know that the Indus river is located in the south part of ASIA. The INDUS people used the water for drinking and for animals and for crops. did you know that those who did not farm where tradesmen or craftsmen or hunters. INDUS VALLY is between 70000 and 10000 years old I bet you did not know that stone workers made carved seals of animals to keep the flood water out because too much water can kill your crops. There where also toilet and there where pipes that connected to the street so the could clean them so that they could use the bathroom.