A Note from the Principal

Just like that, the holidays have arrived! I hope you all enjoyed Halloween...if that's your thing. I know most of our students were sure excited to dress up and get "treated." We only have two weeks before our Thanksgiving break, and no matter how you choose to spend that, we wish your family the best. There will not be any school November 21-25.

Here at school, things have been business as usual. We are excited for our first music program in a couple years. Miss Chelson will be directing Mrs. Rapp's, Miss Johnson's and Mrs. Rose's classrooms in the Veteran's Day program. The kids will be presenting the dress rehearsal to other classrooms on Thursday morning, and the afternoon show will be for parents. The program kicks off at 2:00 PM, so please try to arrive no later than 1:50 so that we can start on time. The show is mostly intended for parents with children in those three classrooms, but if you want a little patriotic spirit, come on down!

That's all for now. We wish you all the best as we enter into the busy holiday season. I'm not sure if we tell you enough, but we are SO grateful for each of you and your children. After serving in seven different schools, I'm convinced that Taft is the place to be. We love the culture of our community, and we appreciate all you do to make this a warm and wonderful place to teach and learn.

Our fifth grade and sixth grade students have continued to learn about their Sources of Strengths. We have been learning about our brain trees. The brain stem where physical sensations and basic needs are housed, the limbic system where emotions and memories are stored and the frontal Lobe where logical thought, creative problem solving and learning takes place. In order to make our best decisions and have productive learning experiences, students need to pay attention to their basic needs, like hunger, thirst and body temperature. They also need to keep their emotions in check so they can access the part of the brain where learning takes place, the frontal lobe. If students are troubled by big feelings: fear, anxiety, sadness, anger, it makes it very difficult for them to engage in the learning process.

If you have any questions about the counseling curriculum, please feel free to contact me.

A child's success as a reader begins much earlier than the first day of school. Reading, and a love for reading, begins at home.

Give your child lots of opportunities to read aloud. Inspire your young reader to practice every day! The tips below offer some fun ways you can help your child become a happy and confident reader. Try a new tip each week. See what works best for your child.

Don’t leave home without it

Bring along a book or magazine any time your child has to wait, such as at a doctor's office. Always try to fit in reading!

Once is not enough

Dig deeper into the story

Ask your child questions about the story you've just read. Say something like, "Why do you think Clifford did that?"

Take control of the television

It's difficult for reading to compete with TV and video games. Encourage reading as a free-time activity.

When your child is trying to sound out an unfamiliar word, give him or her time to do so. Remind to child to look closely at the first letter or letters of the word.

Pick books that are at the right level

Help your child pick books that are not too difficult. The aim is to give your child lots of successful reading experiences.

Have your child sound out the word as you change it from mat to fat to sat; from sat to sag to sap; and from sap to sip.

I read to you you read to me

When your child makes a mistake, gently point out the letters he or she overlooked or read incorrectly. Many beginning readers will guess wildly at a word based on its first letter.

Talk with your child every day about school and things going on around the house. Sprinkle some interesting words into the conversation, and build on words you've talked about in the past.

Ask your child to help you write out the grocery list, a thank you note to Grandma, or to keep a journal of special things that happen at home. When writing, encourage your child to use the letter and sound patterns he is learning at school. 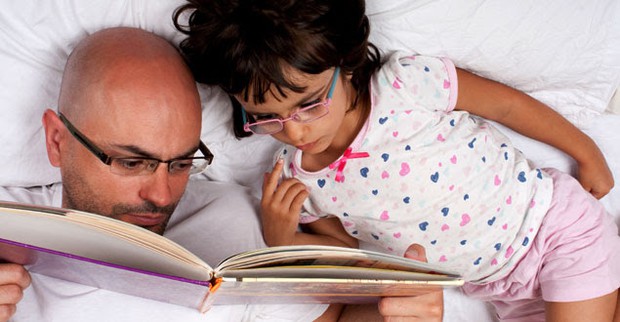 Teachers are Learners Too!

It was wonderful to see so many families for conferences! This quarter, our classrooms are focusing on being engaged in our learning. Teachers have learned about the Continuum for Engagement and have been able to share this with their students. The counselor, Mrs. Gudmudsen and myself have also been able to be in some classrooms to talk about being engaged and taking ownership for our learning. Please talk with your children about being an active learner.

Teacher and paraprofessionals have also been excited for new training and learning opportunities this quarter. It's so wonderful to see such enthusiasm about learning new things from our staff. That excitement transfers to their lessons and interactions with their students! 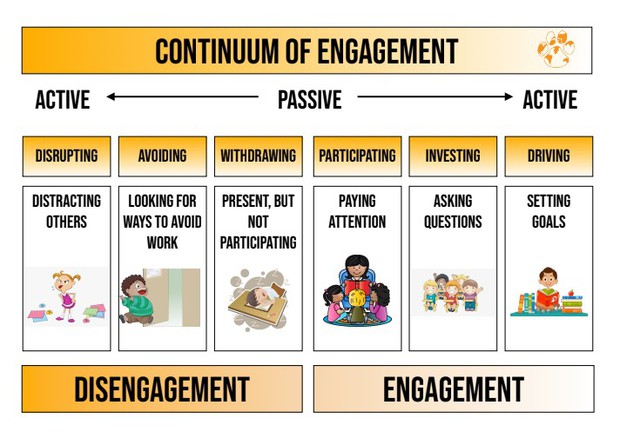 Summary: Turkey is in trouble. Bad trouble. The kind of trouble where it’s almost Thanksgiving…and you’re the main course.

But Turkey has an idea―what if he doesn’t look like a turkey? What if he looks like another animal instead?

Summary: Splat the Cat's trusty mouse friend, Seymour, needs cheering up, and Splat wants to help. He's been working on something special for Seymour—not just a thank-you card but a thank-you book! His book lists all the sweet and often hilarious reasons Splat is thankful for their friendship.

Twas The Night Before Thanksgiving by, Dav Pilkey

Summary: On the day before Thanksgiving, a group of children visit a turkey farm and meet Farmer Mack Nuggett and his coop of cockerels: Ollie, Stanley, Larry, Moe, Wally, Beaver, Shemp, and Groucho. The children and turkeys giggle and gobble, and everything is gravy. As the trip comes to an end, the children leave the farm with full hearts -- and bulging bellies -- reminding people and poultry alike that there is much to be thankful for.

Simon and The Bear: A Hanukkah Tale by, Eric A. Kimmell

Summary: Before Simon sails to America, he promises his family that he will get a job and send for them. Simon's mother knows he will need a miracle, so she reminds him to celebrate Hanukkah wherever he may be. Little does either of them know that Simon will spend the first night of Hanukkah on an ice floe after his ship sinks. The lone survivor out in the wide ocean, Simon lights the first candle, and it attracts a visitor: a polar bear.

Summary: In an African village live seven brothers who make family life miserable with their constant fighting. When their father dies, he leaves an unusual will: by sundown, the brothers must make gold out of seven spools of thread. If they fail, they will be turned out as beggars.

Bear Stays Up for Christmas by, Karma Wilson and Jane Chapman

Summary: Bear’s friends are determined to keep Bear awake for Christmas! So they wake Bear up and have him help them find a Christmas tree, bake cakes, hang up stockings, and sing Christmas songs. Bear stays up—by discovering that giving is one of the best Christmas presents of all!

Updates from the Community Schools Coordinator

Update from your Community Schools Coordinator

Community partners continue to support Taft in many ways! This month, we began a Drumming Club before school thanks to our connection with Global Lounge. Rhythms and unity of beats can be heard in the early morning hours at Taft!

Last month we celebrated the Taft students who had 0 to 1 absence thus far in the school year! Some BSU athletes came to enjoy ice cream and cheered them on for their commitment to school!

Our classes are now full with many Taft parents who are new to our country! A big thank you to Taft parents who come in on Tuesday and Thursday afternoons to watch the preschoolers so their parents can study English! If you are interested in volunteering, please contact Jenny Hirst at jenny.hirst@boiseschools.org

This is such a fun way to get to know other parents and also provide support for this twice-monthly event. Click on this link for volunteer times and opportunities: https://www.signupgenius.com/go/9040B4FA9AB22AAF49-taft1

Next month, one of our Taft parents is coordinating a Taft Holiday Giving Fair! We're excited to start a new tradition and are collecting various treasures and items from our community partners so our Taft students have the opportunity to shop for loved ones in their lives. More information coming soon!

Mark your calendars for: 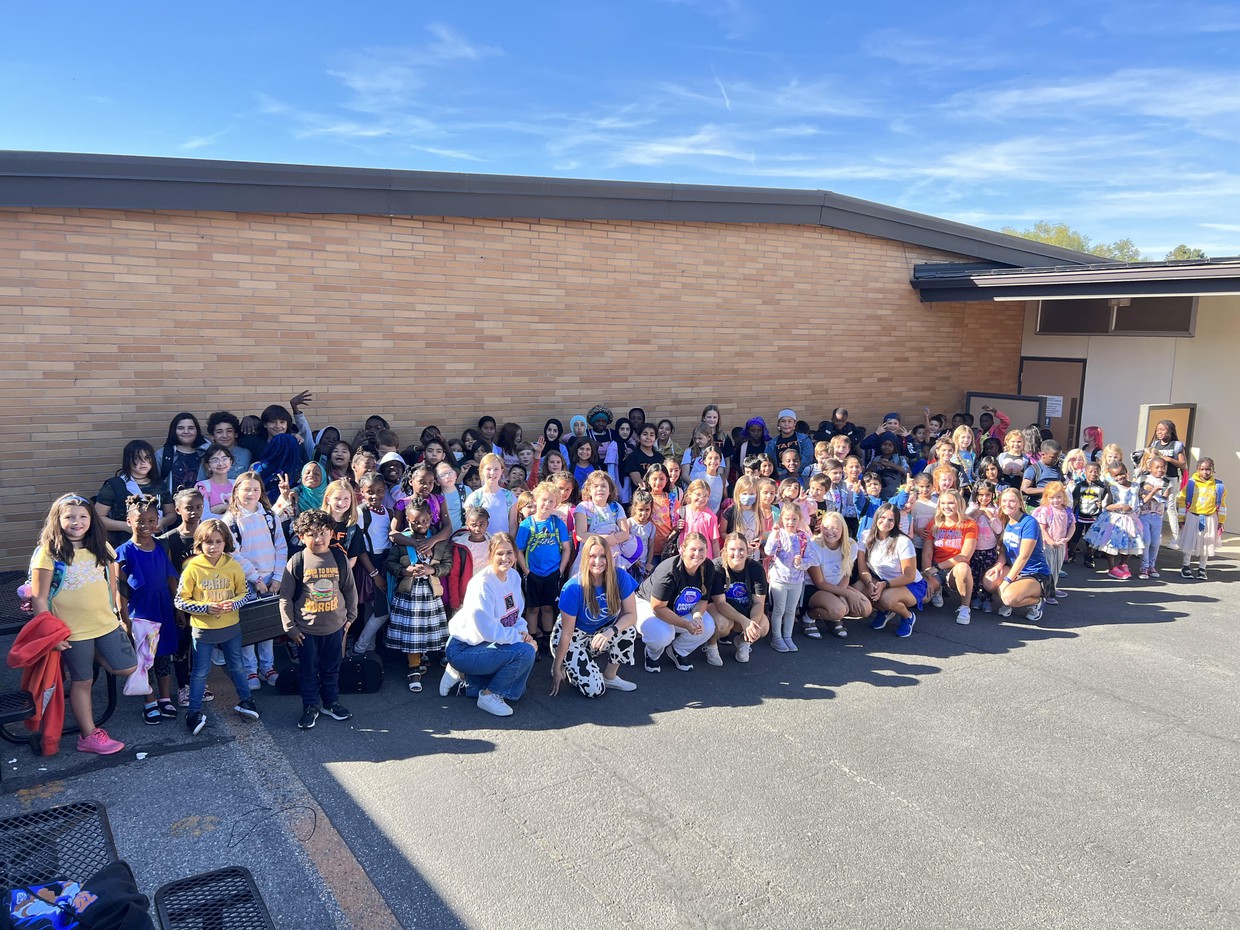 On October 13th, we celebrated all the students that had missed no more than one day of school in the first quarter. We're excited that approximately 180 students qualified for the party! Of course, we'd really like that number to be much closer to 275.

Our school is doubling down to get students to school on time every day. Last year, we had one of the highest rates of chronic absenteeism in the Boise School District. We want to see that change this year, and we need your help. Students are considered chronically absent when they miss 18 or more days per year. (That's nearly a whole month of instruction!) While that number seems like too much, it's surprisingly easy for it to sneak up. For instance, if a child misses just two days a month, they would miss a total of 18 days. That's a lot of missed learning.

Please join us on our campaign to improve attendance by getting your child to school every day. We will continue to have quarterly parties to celebrate good attendance, and we will be adding other incentives soon. Also, if they wake up and complain about feeling poorly, consider bringing them to see our school nurse before making the decision to keep them at home. We know the seasonal sniffles have already started, but we want them here as much as possible (as long as they're healthy). 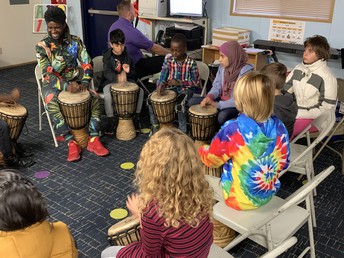 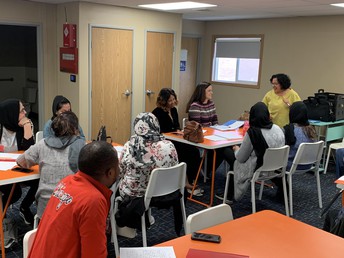 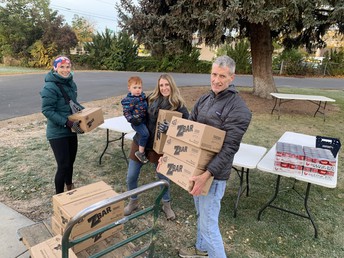 Kindergarten is off to a great start this year! We have been learning our letter sounds, high frequency words, and understanding counting and numbers. Our next math unit will be all about shapes! Talking about shapes at home and shapes your child sees is a great way to build fluency around this topic. In social studies, Mrs. Mitchell's class is learning about community heroes, and Ms. Pitts is teaching all about push and pull in science. After break, our classes will switch. We are excited about this opportunity for your child to learn from the other kindergarten teacher. As always, reach out to your classroom teacher if you have any questions about this! We can't wait for a successful second quarter. 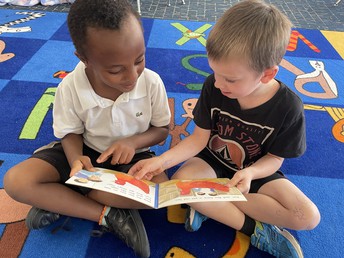 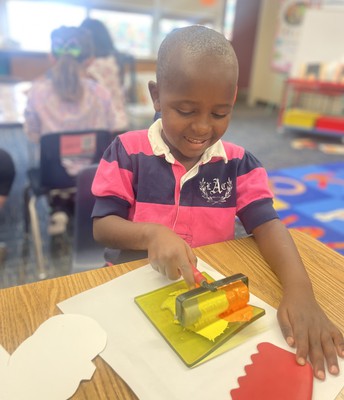 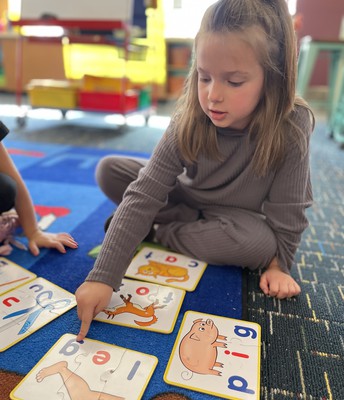 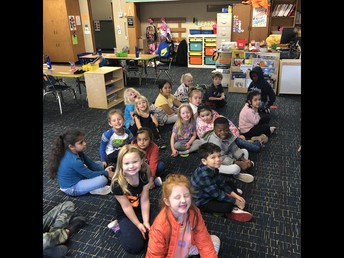 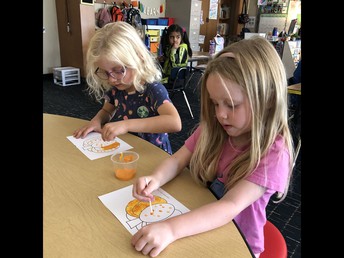 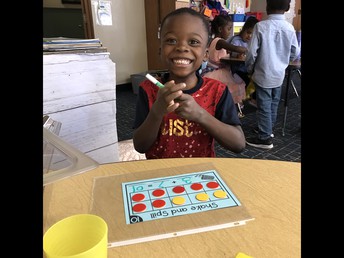 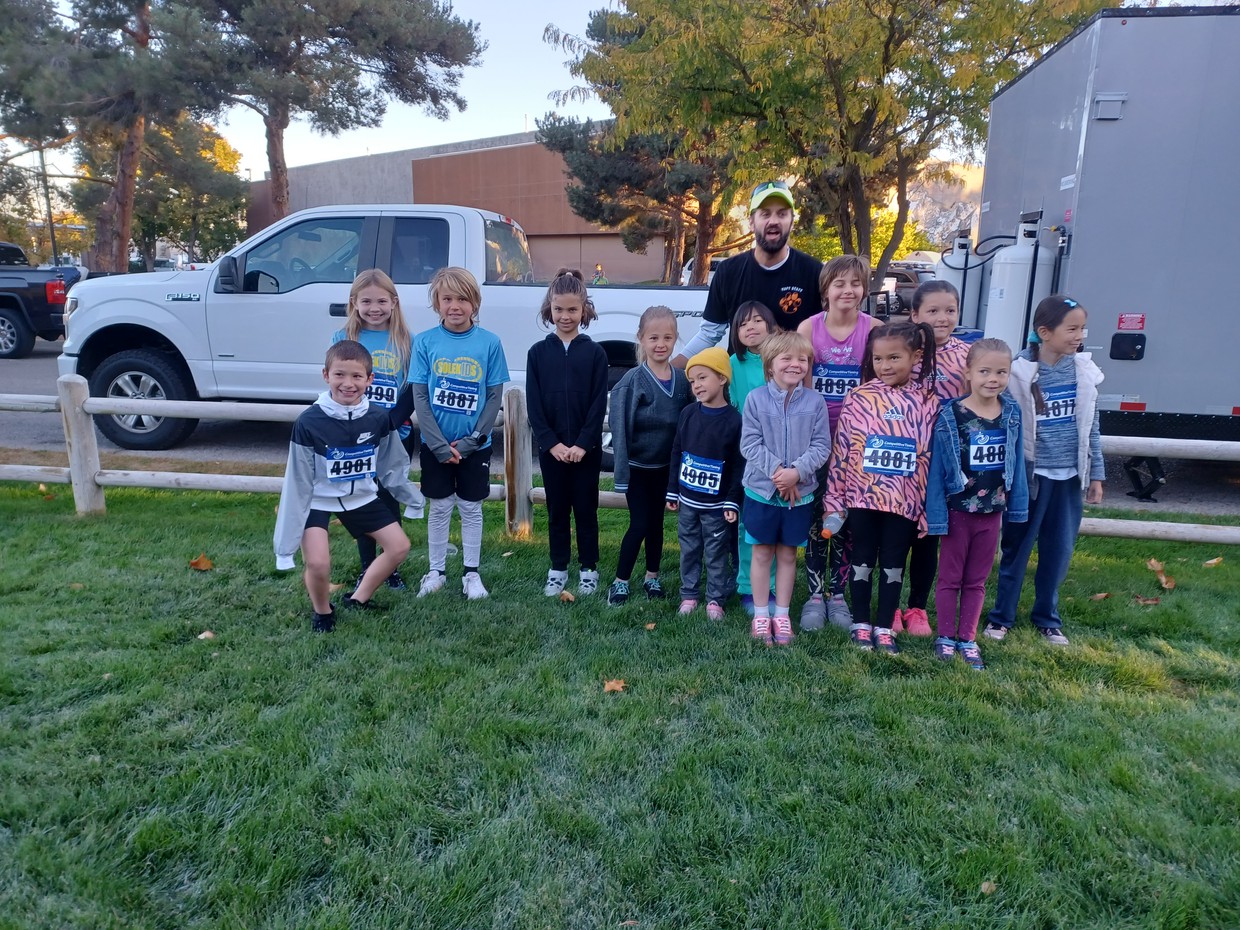 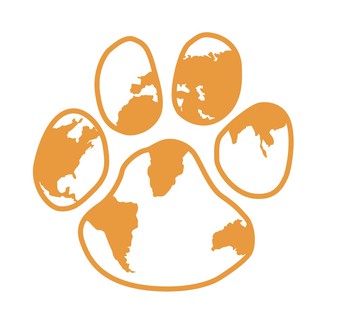 @TaftElem
3722 West Anderson Street, Boise, ID, USA tim.lowe@boiseschools.org (208) 854-6180 taft.boiseschools.org/
Embed code is for website/blog and not email. To embed your newsletter in a Mass Notification System, click HERE to see how or reach out to support@smore.com
close