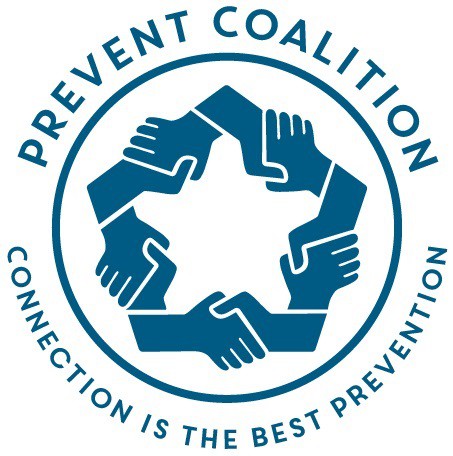 Our mission is connecting and supporting communities to build resilience and prevent youth substance use.

Subscribe for monthly newsletters with coalition updates, latest educational research, prevention science and opportunities to connect with your community.

Visit www.PreventCoalition.org for a full set of events, resources, policies, partnerships and more.

Get email updates from Prevent:

Despite enormous progress in reducing smoking, tobacco use is still the leading cause of preventable death in the United States and imposes a terrible toll on families, businesses and government. Anti-smoking efforts have not been directed toward people with behavioral health conditions as they have toward the general population resulting in tobacco-related disparities.

Access all this and more at the webinar series landing page: https://www.preventcoalition.org/webinar-series/.

Last Friday, President Joe Biden released his Fiscal Year (FY) 2022 Budget Request (PBR). This request contains many items of great importance to the substance use prevention field. Highlights of the proposal include recommending:

Click here for summary of the topline numbers of programs of greatest interest to our field.

An excerpt from OPB:

More people in Washington state died of drug overdoses in 2020 than any year in at least the past decade, with the surge likely driven by the effects of the pandemic, state health officials said.

The spike mirrors national trends. In December the Centers for Disease Control had reported more than 81,000 drug overdose deaths occurred in the U.S. in the 12 months ending in May 2020 — the highest number of overdose deaths ever recorded in a 12-month period. “The disruption to daily life due to the COVID-19 pandemic has hit those with substance use disorder hard,” CDC Director Robert Redfield said at the time.

The Seattle Times reported that fatal drug overdoses in Washington state increased more than 30% last year compared to 2019, according to the data from the state Health Department. The increase was more than twice as large as any in the past decade.

Deadly opioid overdoses — from prescription painkillers, fentanyl and other similar substances — increased by nearly 40%, according to the data. That represented more than triple the rate of any other increase in the past decade. The Washington Department of Health was still analyzing the preliminary data and causes of death in specific cases and health officials expect the number of overdose deaths to grow even higher.

“It is reasonable to believe the psychological, social and economic impacts of COVID-19 led to an increase in drug use,” said Kristen Maki, a spokesperson for the department.

In 2020 the health department reported 1,649 drug overdose deaths, compared with 1,259 the previous year. Many more people reached out for help with drug or alcohol problems during 2020.

Calls to the Washington Recovery Help Line, a toll-free phone line for people seeking help or treatment for substance abuse, increased more than 90% in 2020 compared to 2019, according to data from the program, which is primarily funded by the state. Troy Seibert, opioid use disorder manager for the recovery help line, said the disruptions and traumas over the past year — job losses, isolation, illness, death — contributed to the increases. “Any time we see folks in a state of despair, substance use is going to rise,” Seibert said.

If you or someone you know is suffering from addiction to opioids, now is the time to get help. Programs are available across Washington state to help you live an opioid-free life. Find out more at www.GetTheFactsRx.com and download an Overdose Response One Sheet. 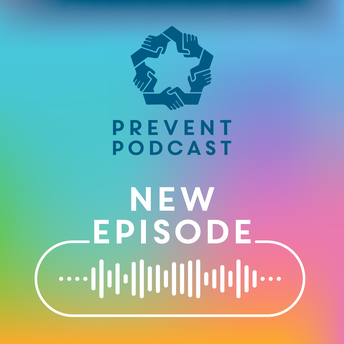 "Welcome to the Prevent Coalition Podcast. We're sharing stories and strategies to help coalitions and organizations reach their full potential."

Listen at preventcoalition.podbean.com. The podcast is also available on Google Podcasts, the Apple Podcast app and other familiar streaming services.

The Center of Excellence on LGBTQ + Behavioral Health Equity

A word from the Prevention Technology & Transfer Center:

"This month, we join the nation in celebrating PRIDE Month and the countless contributions of the LGBTQ+ community to all areas of society. We are pleased to share information (following) about the new Center of Excellence on LGBTQ+Behavioral Health Equity. Visit the site to find out about upcoming webinars and resources to support the behavioral health needs of LGBTQ+ community.

Research shows that LGBTQ+ populations of all ages disproportionately experience more instances of mental health and substance use disorders, suicidality, and poorer wellbeing outcomes compared to their heterosexual and cisgender peers.

The CoE LGBTQ+ BHE’s mission is to bring information and resources to the behavioral health field to enhance culturally responsive care and decrease disparities for this population."

Learn more about the CoE LGBTQ+BHE here.
Sign up for twice-monthly webinars here. 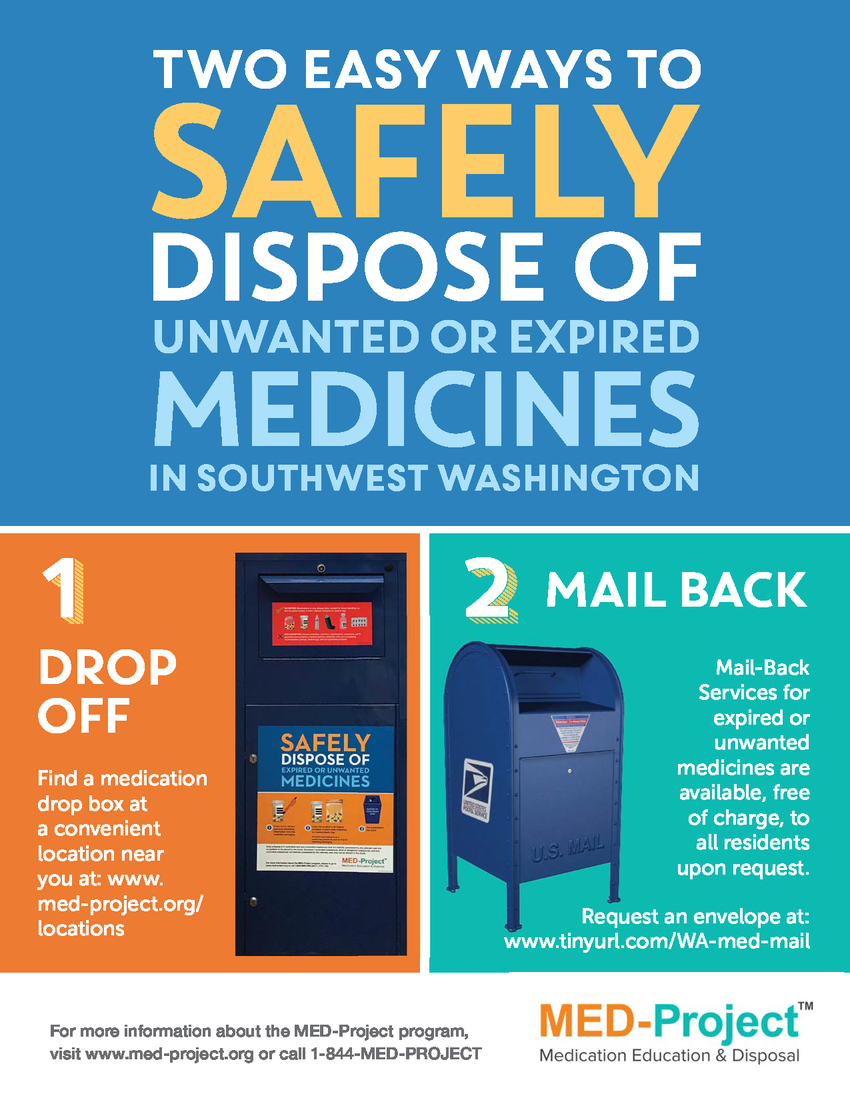 Is your medicine cabinet full of expired prescription and over-the-counter medications you no longer use?

Your medicine is prescribed for you. What’s safe for you might be harmful for someone else. Any medicine can come with adverse reactions when used with other medications, not taken as prescribed or when taken by someone other than who it was prescribed for. Moreover, when medications are stored in an unsecure location or disposed of improperly they can be accidentally ingested or misused by others and end up in the environment and our waterways. By taking precautionary steps to safeguard your medications that include proper disposal and secure storage you are choosing to protect yourself, your loved ones and the environment. These are all important reasons to make medication safety a priority and a normal part of your life.

Safeguard your medication by taking these precautionary steps:

* If you or someone you know is suffering from addiction to opioids, now is the time to get help. Programs are available across Washington state to help you live an opioid-free life. Find out more at www.GetTheFactsRx.com. *

Looking to take the Certified Prevention Professional (CPP) exam? This is a great goal and milestone for all those serving communities in the prevention field! When preparing for the exam, ALWAYS refer to the official website and study guide materials. As an additional, UNOFFICIAL tool, we've created a set of flash cards that can be used to supplement studying. These include a variety of vocabulary terms and concepts taken from the official guide. The website and mobile app Quizlet lets you study the cards in various formats and on the go.

You’re not alone. There is someone that’s willing to listen to you without judgment. Teen Link is a program of Crisis Connections that serves youth in Washington State.

Our teen volunteers are trained to listen to your concerns and talk with you about whatever’s on your mind – bullying, drug and alcohol concerns, relationships, stress, depression or any other issues you’re facing. No issue is too big or too small! Calls and chats are confidential.

Talk it out! Visit www.teenlink.org.

We've got the Rural Healthy Youth Survey report translated to Spanish & Russian (Needs Assessment Part 2). You can access them on our coalition resources page, or using links below.

We will also be translating the rest of our Cannabis Conversations Toolkit and Making the Connection Toolkit in the next few months.

Rural "Starts With One" Campaign Added to Online Toolkit

The Rural Network has been working behind the scenes with the company DH that provides campaign design services to the Health Care Authority (HCA). They have created a shortcut to their "Starts With One" opioid campaign materials classified as rural.

The Starts with One campaign is designed to inform and educate young adults, their parents, and older adults about the dangers of prescription opioid misuse and the importance of safe storage, use, and disposal. As part of this statewide effort, the Washington State Health Care Authority (HCA) provides campaign resources to coalitions and partners across the state. The hard work done at the community level by partners like you is a vital part of making a difference in our state. Within this folder are a variety of materials you can use in your community to help promote healthy behaviors to prevent opioid misuse. Materials include posters, rack cards, billboards, print ads, digital ads and more - as well as a guide on how to effectively implement materials.

For more information on this campaign, adapting the campaign, or more please contact Annie Blake-Burke at Annieb@wearedh.com. Thank you Annie for making this shortcut to relevant materials for us and supporting the goals of the Rural Network! 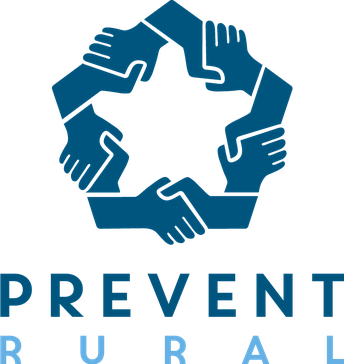 For stakeholders of the campaign and opioid prevention partners.

For Steering members of the Rural Network.

Click for full calendar of coalition and community events.

7/1 Webinar: Logic Models – The Road Map to Success by CADCA 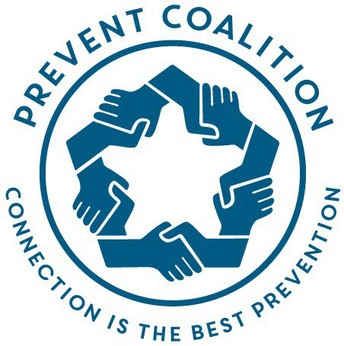 This month, we especially uplift all our LGBTQIA+ community members, supporters, volunteers, friends and family. You are loved, and you make both our coalition and our community better.

Our mission is connecting and supporting communities to build resilience and prevent youth substance use. We envision a healthy, thriving community free of substance abuse.

Forward this newsletter to a friend, colleague or youth leader. You may also pass our news link along: bit.ly/preventnews.

Our mission is connecting and supporting communities to build resilience and prevent youth substance use.

Subscribe for monthly newsletters with coalition updates, latest educational research, prevention science and opportunities to connect with your community.

Visit www.PreventCoalition.org for a full set of events, resources, policies, partnerships and more.