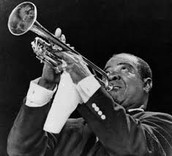 The Harlem Renaissance started in the 1920's and went up throughout the 1930's. This movement inspired new artist and literary people. It was the "spiritual coming of age" or some people called it the "New Negro". The brain of the movement included Jean Toomer, Langston Hughes, Rudolf Fisher, Wallace Thurman, Jessie Redmon Fauset, Nella Larsen, Arna Bontemps, Countee Cullen, and Zora Neale Hurston. An older generation of writers and intellectuals–James Weldon Johnson, Claude McKay, Alain Locke, and Charles S. Johnson–served as mentors. The Renaissance was fueled by the whites fascination of the way of the blacks lived. It was sought and written out by black writers. With much of the literature focusing on a realistic portrayal of black life, conservative black critics feared that the depiction of ghetto realism would impede the cause of racial equality. The intent of the movement, however, was not political but aesthetic. Any benefit a burgeoning black contribution to literature might have in defraying racial prejudice was secondary to, as Langston Hughes put it, the “expression of our individual dark-skinned selves.” The Harlem Renaissance brought a new influence to black people to write but it was largely ignored by the literary establishments.

Palmer Hayden, Jeunesse, no date, watercolor on paper, 14 x 17 inches, collection of Dr. Meredith F. Sirmans, NY. This and works by many other artists the Harlem Renaissance were influenced by their enjoyment of jazz, an often improvisational musical form developed during the 1920s by African Americans and influenced by European harmonic structure and African rhythmic complexity. Jazz can be identified by its characteristic blues rhythms and distinctive speech intonations. Harlem has long been an important center for jazz. Palmer Hayden could have seen such dancing as this at the Savoy, which was Harlem's most famous jazz club. 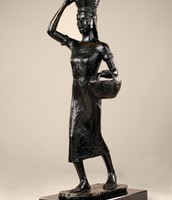 The angular grace of Blackberry Woman speaks of stoicism and constancy. The subject—an African American woman in a simple dress who is balancing a basket on her head—is one Barthé may well have seen on market day as a boy growing up in Bay St. Louis, Mississippi. But she is more than an echo of an image once observed. She has the frontal, linear form found in West African sculpture, which Barthé first saw in Chicago, in an exhibition during The Negro in Art Week in November 1927, when he was a student at the School of the art institute of Chicago. 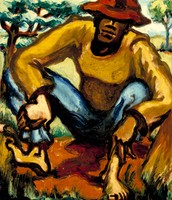 The title, Resting, coupled with the man's bare feet and everyday clothes, suggest that he is taking a momentary break from farm work. Although his eyes are hidden by a red hat, his face is attentive as he regards the unseen viewer. The palette of ochres, blues, reds, and greens and the loosely brushed shapes of his body and the landscape behind him are liberally laid down with a palette knife. Although Clark was born in Georgia, where his father worked as a tenant farmer, his family was part of the great migration of African Americans who moved from rural southern towns to the urban North in the 1920s. 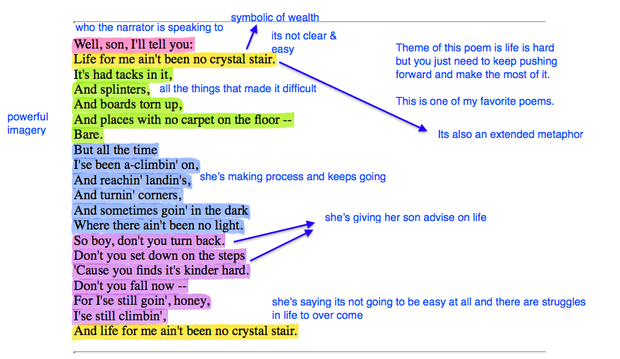 "As I Grew Older" Langston Hughes by Ben Soares

Deferred is when you put something to the side for later. Knowing from experience dreams only comes up once and then goes away. Dreams are like opportunity, if you don't take up on the chance it may never come around again. Most of the time dreams are put to the side because people don't really know that it's what they really want to do. When my dreams are deferred I feel regret afterwards. I don't know what to do besides wait for another one. Being a teenager, I have plenty of dreams to look forward to.