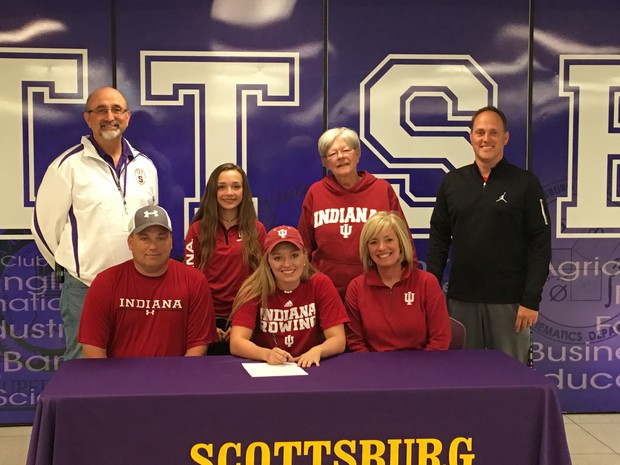 “I never dreamed I would play a Division I sport,” Waskom said. Indiana University is a member of the Big Ten Conference and a National Collegiate Athletic Association Division I college.

Before hearing about the rowing team at IU, Waskom was focused on playing volleyball at the collegiate level. She had a sports recruiting profile online that featured her volleyball statistics and her skills. She hoped her profile would attract the interest of a college volleyball coach. However, it sparked the interest of the IU women’s rowing team coaching staff.

“I like the idea of being on a team and still being competitive,” said Waskom, who also played varsity basketball at SHS. “IU sent me an email, and we set up a visit.”

During her visit to Bloomington, Waskom learned about the rowing program and about the benefits of becoming a Division I athlete — priority in class scheduling, scholarship money, an academic advisor that works with the team, and a cafeteria that provides the nutrition that athletes need to succeed. All of this along with top-notch facilities — Indiana University has one of the largest strength and conditioning centers in the country for its student-athletes.

“I enjoy working out, and they do a lot of that,” Waskom said about the rowing team. “I hope to learn how to take on new responsibilities.”

Not only will Waskom focus on being part of a new team in a sport that is new to her, she will also focus on her studies. The 4.0 grade-point-average, top-ranking senior will major in biochemistry or a pre-pharmacy related major at IU. She hopes to enter a pharmacy program upon completing her undergraduate degree.

“Never rule out the possibilities,” Waskom said with a smile. 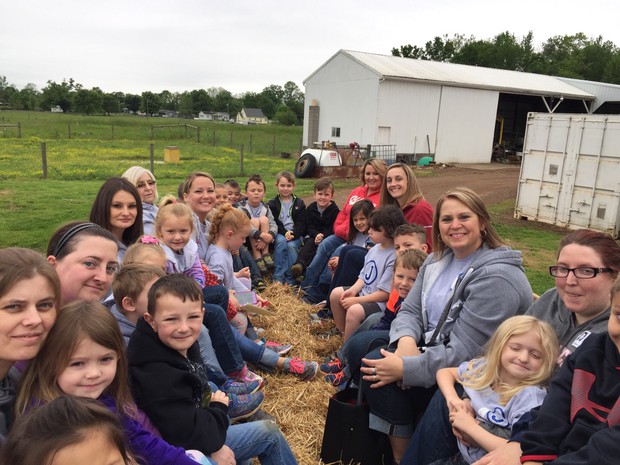 271 students and 18 FFA members. Sounds a little overwhelming, doesn't it? Those numbers do not include the many parents and chaperones or the teachers that brought the children. The majority of the students were about 6 years old and many had never been up close to a farm animal. On Friday, May 12, the Scottsburg FFA had the annual Kiddie Day Farm Tours at Dan and Sue Smith’s farm. The Smith’s were very generous in allowing the FFA to take over their farm for a day in order to educate younger students and hopefully spark an interest about FFA in a few young minds.

During the day, students brought their own animals to show to the smaller children. The animals that were present at the farm tours included a horse, a cow, two sheep, two goats, a pig, a rabbit, two ducklings, and some chicks. The FFA worked together to pull off a successful day at the farm. The children were introduced to animals and learned how to interact with them. They were able to plant tomato seeds that they could take home to grow on their own. In addition, they were taught about the importance of safety around grain bins and grain wagons, as well as experiencing a hay ride around the farm.

The schools in attendance included Johnson Elementary, Lexington Elementary, Vienna-Finley Elementary, and Scottsburg Elementary as well as a few classes from both Scottsburg and Austin middle and high schools. The day spent out at the farm was a very educational day and fun day spent for the young students that attended.

Seniors have an option to buy MacBook

The SCSD2 Board of Trustees voted to allow graduating seniors the opportunity to purchase their laptop. If you are interested, please follow this link to fill out the form.

This is for students that are graduating in the spring of 2016-17. This option to buy will be offered until the close of school on Monday. May 22nd. 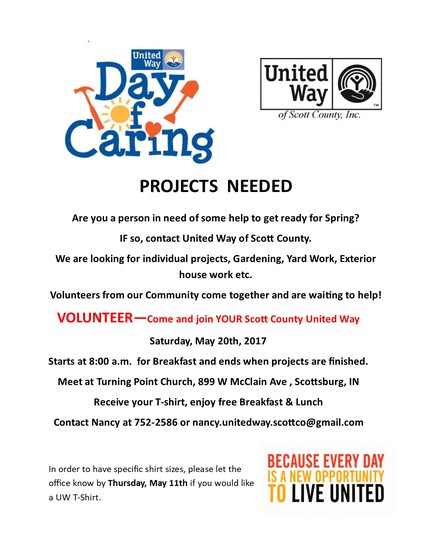