farrukh is using Smore newsletters to spread the word online.

Get email updates from farrukh:

Ch Abdul Rehman- A young dynamic enthusiastic and passionate person who had a dream to facilitate the young generation through education. His dream was second by his parents’ prayers who believed that their son can achieve his dreams.

Ch Abdul Rehman’s dream was patronized by the late Malik Meraj Khalid (Ex-Prime Minister of Pakistan. He motivated the young dreamer to become a mentor who will guide the youth to achieve their targets. Mr. Malik Meraj Khalid’s personality, kindness and vision created a difference in Superior’s Success. He was destined to build the nation through education. His love for the country has made Superior a blue eyed of his ideology.

“Man gets whatever he strives for” has been an inspiration for Superior since its inception. We ever cherished the belief that honor and fame lies only in one condition to perform one’s part well; and it makes one rise with the entire honor.

Our focus on academic excellence and graduate employability has given us a strong professional orientation. Our vision has been our strength all through the way to a leading position in the educational fraternity. Our motivated team has the ability to do the impossible’ with an ultimate aim to make the students a precious asset of Pakistan. In the last 11 years journey Superior Group of Colleges has witnessed a great success while its international collaborations have added a unique feather to its existing glory.

I believe, we are destined to change our country’s fate through education because progress of a nation lies in educational competence. I dream of a developed Pakistan and I am hopeful that together we can build a superior nation.

WE ARE SUPERIOR BECAUSE WE BELIEVE WE ARE 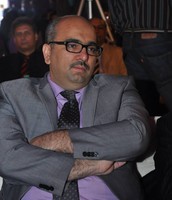 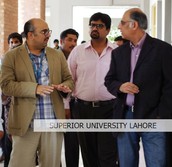 Our mission is to promote the research culture in Pakistan by strengthening the research capabilities of both academicians and the business community.

We are committed to develop ‘superior’ entrepreneurs by changing mindsets of Pakistani youth from finding jobs to creating entrepreneurial opportunities through creativity and innovation. We aim to achieve an economically superior Pakistan by delivering research informed teaching, resource assistance, mentor-ship, as well as on-the job assistance to budding entrepreneurs.

The mission of Center for Human Resource Development (CHD) is to enhance the corporate skills of employees and the students so that they are able to add some value to their personal and professional lives, which ultimately lead towards the excellence of institution and nation.

farrukh is using Smore newsletters to spread the word online.