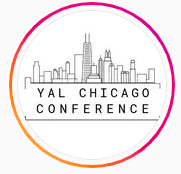 A Weekend You Won't Want to Miss!

WE’RE BACK!!! The Greek Orthodox Metropolis of Chicago is psyched to announce YAL Chicago Conference 2022 Speakers!!!

Join us in the beautiful city of Chicago this President’s Day weekend and see your YAL family again! We have planned a packed weekend filled with inspiring speakers, awesome glendis, and endless opportunities to meet other fellow YALers from all across the country!

"I can do all things through Christ which strengtheneth me" ~Philippians 4:13

Our Keynote Speaker, Tim Tassopoulos, will be speaking on Saturday, February 19th from 11:30-12:30pm. We can't wait to see you there! 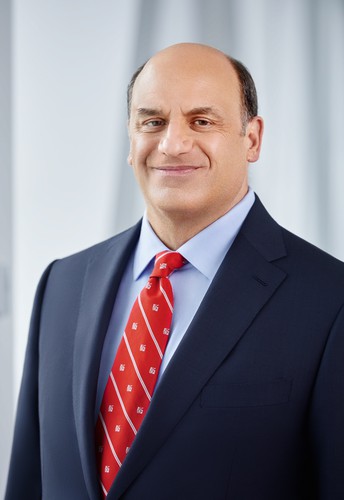 Tim graduated in 1981 from Oglethorpe University in Atlanta, Georgia with a bachelor’s degree in history and political science. Tim received his Master of Business Administration from Georgetown University in Washington, DC in 1983.

Tim is an active member of Holy Transfiguration Greek Orthodox Church in Marietta, Georgia. He is a former Parish Council member and has taught high school Catechism for over 35 years. He currently co- teaches a monthly young adult class. Tim is an Archon of the Ecumenical Patriarchate - Order of St. Andrew, an Archangel Michael honoree of the Metropolis of Atlanta, the 2017 Aristotle Award recipient from the Order of AHEPA, and the Hellenic Heritage Achievement Award recipient in 2018 from the American Hellenic Institute.

Tim is a native of Atlanta. He is married to Maria and has two sons, Luke and Nicholas.

After reading through each speaker's information below, please sign up for your desired speaker slot through the Signup Genius links. You must sign up for each workshop individually. Sign up before slots run out! 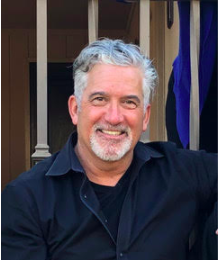 Workshop Description: When our inner life is burdened with shame issues and self doubt, our relationships become addictive and driven by insecurity. This workshop offers insights into ourselves and our relationships by integrating research from sports psychology with reflections from Psalm 139 and the teachings of Christ. Experiencing life from the heart will be central to our discussion.Insights on love and relationships through the lens of sports psychology and Christ centered Orthodox spirituality.

Bio: George is a licensed Marriage & Family Therapist with a counseling practice in Pleasanton California, treating couples, families and young people over the past 30 years.

He is also Director of Family Wellness Ministry for the Metropolis of San Francisco, where he and his team are empowering parishes to meet the complex needs of family life offering practical life skill and relationship workshops within the life of the Church. 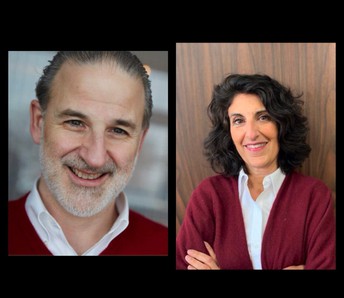 Workshop Description: A practical look at dating for marriage and framework to consider as you choose your lifetime spouse.

Bio: After a career in domestic/international sales management, Cindy has done ministry work in the Greek and Antiochian Orthodox churches nationally, regionally and locally: family and youth ministry, strategic planning, capital campaigns. She serves Bishop Anthony’s Diocesan Council, Faithtree Resources’ Board, conducts webinars for the GOA Center for Family Care and is helping establish Myrrhbearing Women for the Metropolis of Chicago. Cindy is most blessed to be the mother of Peter, Anna, and Joseph and wife to Paul. 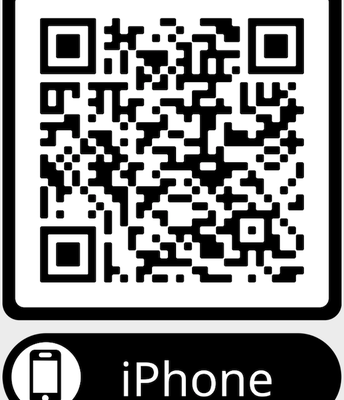 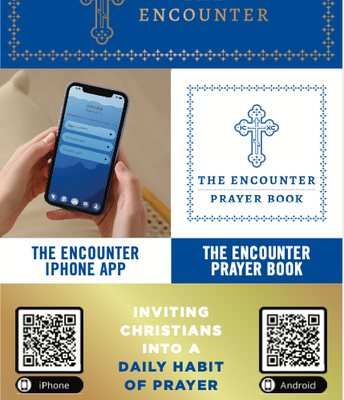 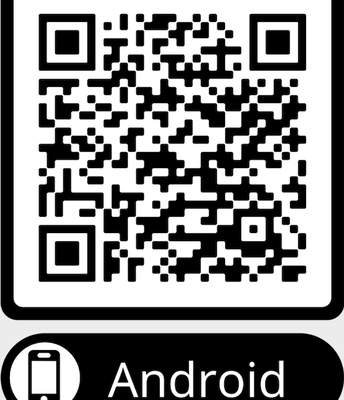 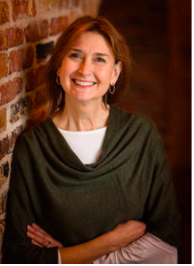 Workshop Title: Your Body Determines Your Life: What Good Stewardship Looks Like

Workshop Description: We have been given the great gift of life at our conception, and it included a body to house our soul. Our body is a gift that still also belongs to the Giver. Being good stewards of this gift involves knowing how God created us and how to work with Him for good health. Good health allows us to rise to the occasion to say yes, Lord…I am ready for all you have in store for my life…now and in the future.

Bio: Cynthia is certified as an Integrative Nutrition Health Coach through The Institute for Integrative Nutrition, and specializes in Functional Nutrition and Lifestyle Management through Functional Nutrition Labs Full Body Systems training. As an internationally known health coach with global clients, she helps those who simply want to change their weight and lifestyle, to those with chronic illness. Along with her private coaching practice, she is the author of The Holistic Christian Woman, a partner in the Filled With Less ministry (filledwithless.com) and the Filled With Less Show on Ancient Faith Radio. Her Holistic Christian Life podcast on iTunes is now in it’s fourth season. She leads church retreats, teaches a course called Six Weeks to Sanity, and hosts a membership called LESS through the Filled With Less ministry. You can reach her through her email cynthia@holisticchristianlife.com. Her favorite breakfast food is a protein shake with high quality protein, greens, flax seed, hemp seed, blueberries, and a host of other goodies to make her day a great one! 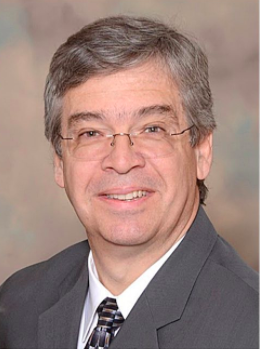 Workshop Title: What Wondrous Gifts God Has Given to Us

Workshop Description: Mr. Jerry Minetos will be talking about how to recognize God’s gifts, and how we can each “give back” in our own way (through the vocations we choose and the lives we lead). We each have received such incredible gifts from God; some of these gifts will be pointed out through beautiful iconography from the 12 Major Feasts of the Lord. Jerry Minetos, Director of Donor Relations with Ancient Faith Radio, will also cover reasons why people support charitable efforts, but more importantly, why each of us should according to our Faith.

Bio: Jerry joined Ancient Faith in 2018 as director of development, having twenty-plus years of experience in the development field within the Orthodox Faith environment. He is a certified Public Accountant in the State of Illinois, and he is fully certified in philanthropy, nonprofit management, fund-raising and institutional advancement from the Fund Raising School at Indiana University. Jerry and his wife, Margaret, have three children and attend St. John the Baptist Greek Orthodox Church in Des Plaines, Illinois. 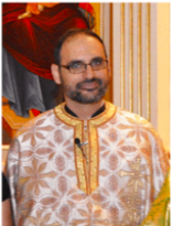 Workshop Description: How to find the fullness of humanity in the church so that you can become the spouse people need.

Bio: Fr. Athanasios is a priest serving the community of St. Constantine and Helen Greek Orthodox Church in Rockford, Ill. Previously he served the communities of Assumption Greek Orthodox Church in Chicago and St. John the Baptist Greek Orthodox Church in Des Plaines, IL. After graduating from Illinois State University with a degree in English Education, Fr. Athanasios taught for three years at the middle school level. During this time he also worked as a reporter for the Chicago Tribune. After obtaining a Master’s Degree in School Social Work, Fr. Athanasios worked as a school social worker for Chicago Public Schools. During this time Fr. Athanasios became a licensed clinical social worker and a domestic violence certified counselor. In 2010, Fr. Athansios received a Masters of Divinity degree from Holy Cross School of Theology in Brookline, Massachusetts. One of his favorite hobbies is writing. He has written articles concerning family and parenting topics for Praxis Magazine and the Orthodox Observer. Fr. Athanasios and his Presvytera, Katerina, have been married for 15 years. They have two children - Alexandra (6) and Panayioti (3). 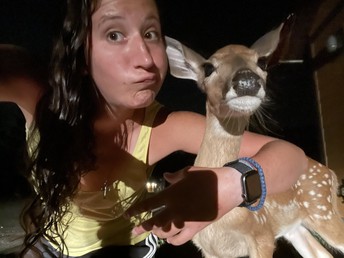 Workshop Title: The Endurance to Endure

Workshop Description: I was hit by a car while I was running and left in a ditch. We are going to talk about it, and how it relates to you physically, emotionally and spiritually.

Bio: Chrysanthy Tiggas is a graduate of Holy Cross Greek Orthodox School of Theology with a Master of Divinity. Her career in the Church involves camping and retreat ministry beginning with the Metropolis of Boston Camp. Chrysanthy currently works with the St. Iakovos Retreat Center in the Metropolis of Chicago where she has been serving since 2014. Her hobbies are running, fishing, reading and all things potato chips. 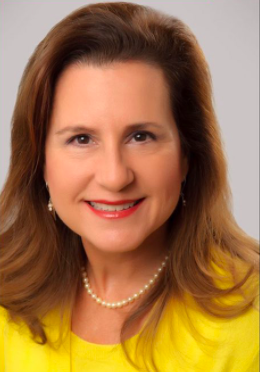 Partner Vanessa Clobessy concentrates her practice in counseling and representing non-public schools in personnel matters, student issues, contracts, and policy work. In addition, Vanessa is a seasoned litigator with more than 30 years of experience representing clients in all phases of civil litigation. She has successfully defended public and private schools in judicial and administrative proceedings primarily in employment related disputes, tax exemption, and student discipline.

Private school clients turn to Vanessa for her effective skills in interpreting the ever-increasing number of laws that apply to that sector. She also assists her clients in navigating the myriad of administrative regulations with which private schools must comply.

Outside of the office, Vanessa is an avid tennis player and downhill skier. She enjoys RV-ing, camping, hiking, and visiting National Parks with her husband, son, and daughter. 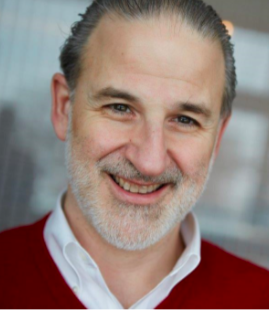 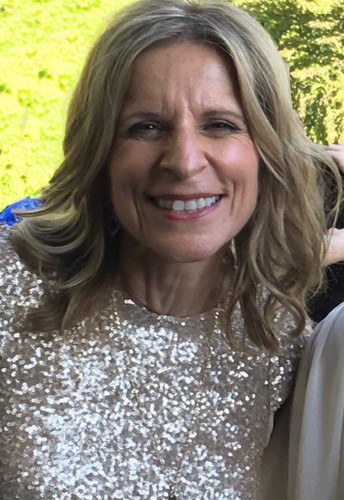 Elaine Loomos is a 7th and 8th grade Social Studies teacher at Emerson Middle School in Park Ridge, Illinois. Originally graduating from North Park University with a Bachelor of Arts in Accounting, she then later earned her Masters of Arts in Teaching at National Lewis University after raising her 2 children, Jimmy and Georgia. She has been teaching World Cultures and American History for over 20 years. During her free time, you can find Elaine spending time with her family and traveling the world. Her favorite trip was going to Kenya, where she had an opportunity to visit a school in a rural town, north of Nairobi. Her students at Emerson helped bring a water well to this school in Africa as well! She is also the chairperson of the Inreach Committee at her parish, Holy Taxirahai and St. Haralambos Greek Orthodox Church, where she focuses on religious education and spiritual growth. We look forward to having her speak for us! 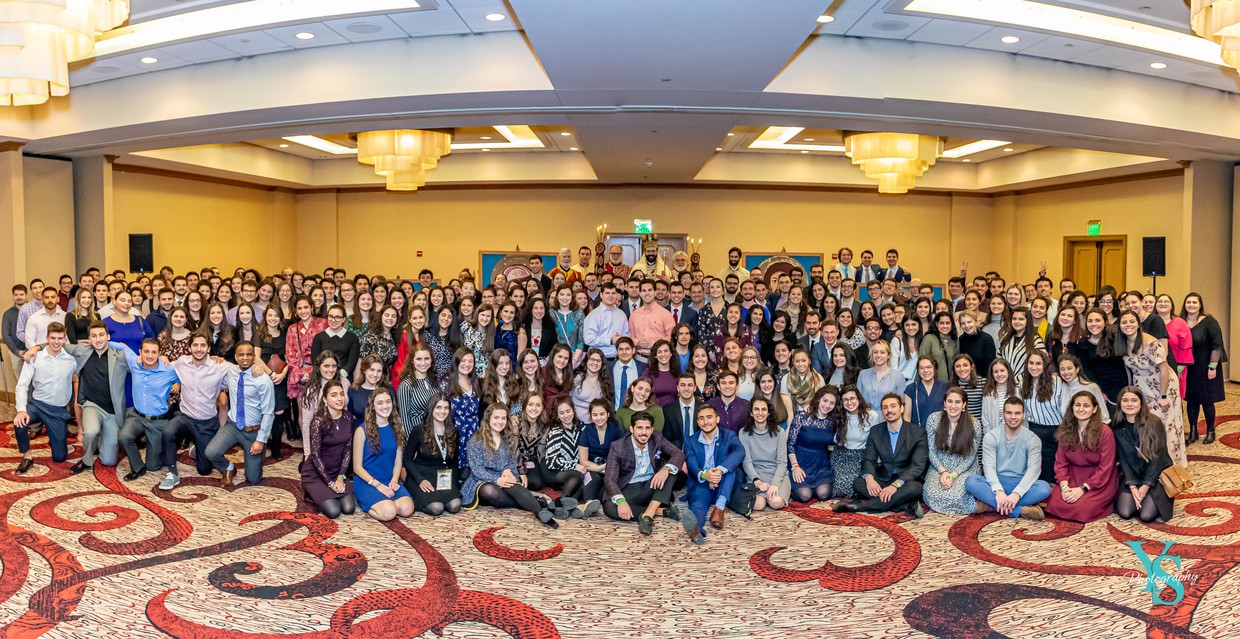 Follow Georgia Danos
Contact Georgia Danos
Embed code is for website/blog and not email. To embed your newsletter in a Mass Notification System, click HERE to see how or reach out to support@smore.com
close