When Did the Trojan War Take Place.

Where did the Trojan War take Place

This took place in Greece and Sparta. Mostly in a city called Troy.

This was a war that could have been avoided but due to the stubbornness of the Greeks, it wasn't. So I will tell you about the 10 year struggle to win this very un-needed war.

I put this here because the war was ended using this horse. It was hollow inside and held 234 soldiers and they killed the Spartans in their sleep.

The Burning of Troy

This was a very important battle in the war because it was the first time that the Greeks made an offensive move in this war. before they just took the defensive position. 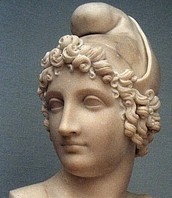 This is important because the whole war was about this woman. She was stolen by the Spartans and got the greeks very mad.

Bring you celestial bronze swords and shields and wear you best armor.
Get Directions