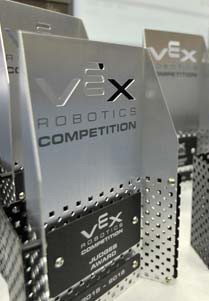 Most school teams that participate in competitive robotics are not ready to play the official game this early in the season. However, our three most competitive programs racked up a total of 17 awards in just the month of October! *This includes 8 teams earning one or more tickets to the California State Championship! 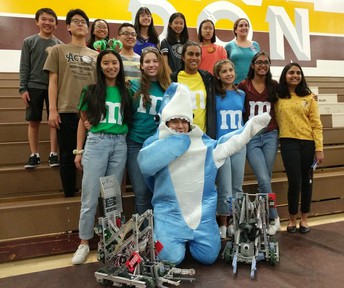 Beckman Teams and Coach Sit Dressed up for Halloween 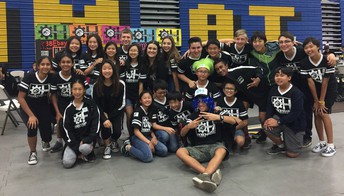 On November 3, 2018, coach Megan Lund and the Robohawks hosted their first tournament as a fundraiser for the OH Robotics program. Teams from around Southern California traveled to compete at this inaugural event. Many Beckman Robotics students helped volunteer as well as the Orchard Hills ASB students to help make the day run perfectly. Great job Robohawks and thank you to all who volunteered!

This was also a season debut for both the Colombus Tustin and Pioneer Middle School Robotics teams. All teams arrived ready to play and had an excellent first tournament of the season. We look forward to seeing you all again and the rest of the middle schools in the TUSD Robotics tournament on Saturday, January 12th! 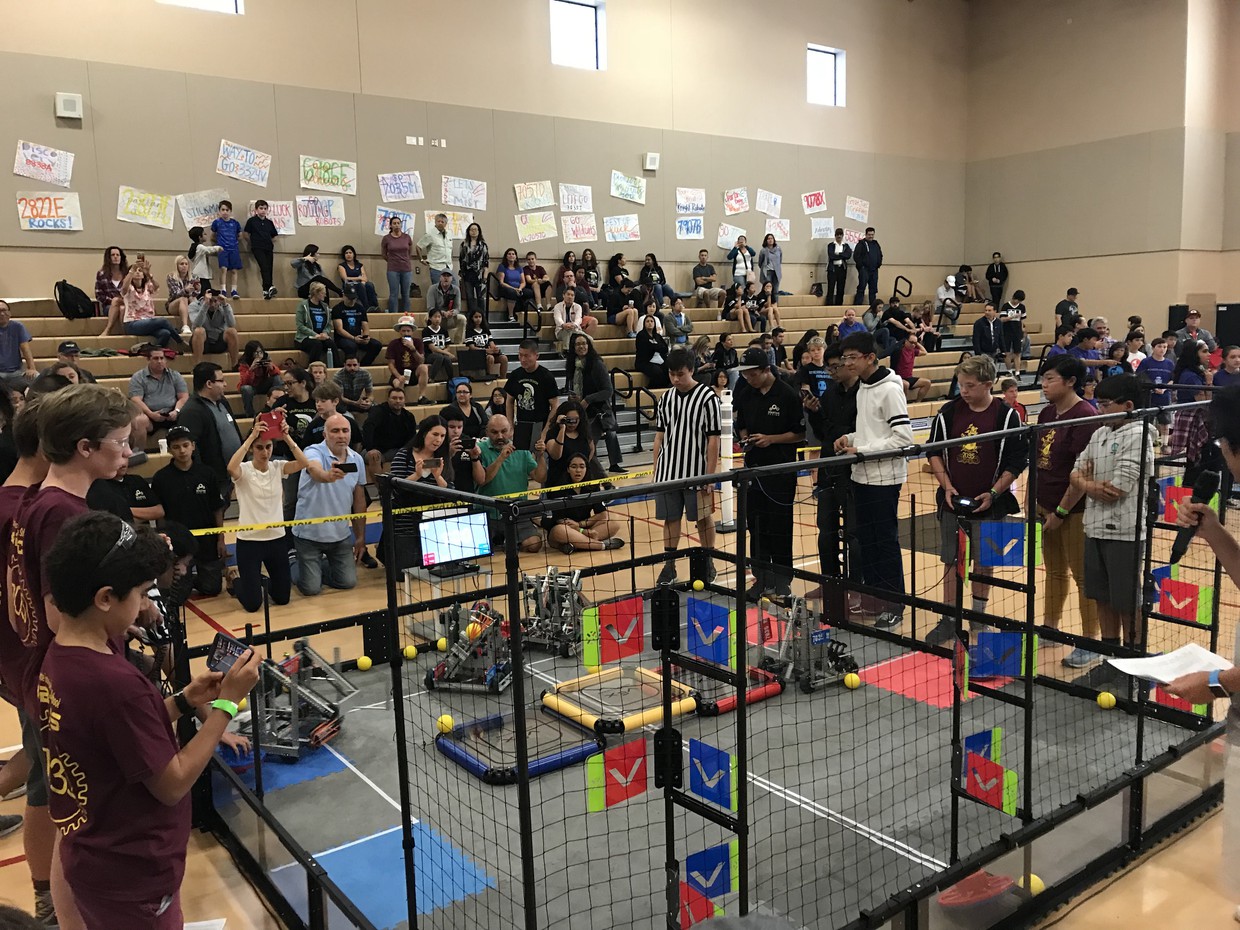 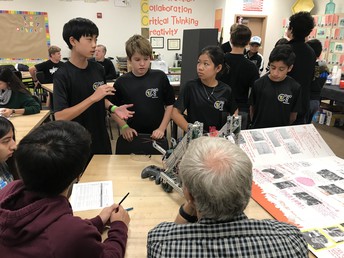 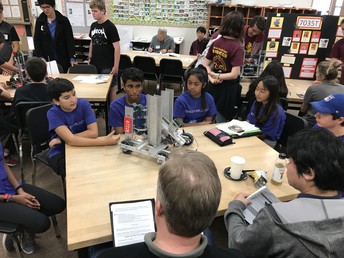 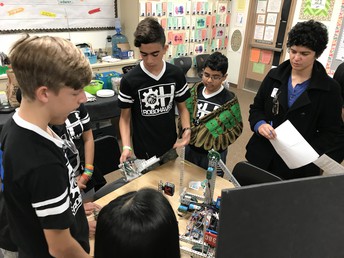 Pictured below are the two new teams for the 2018-2019 season from Currie Middle School! Currie is currently building two different robots for the January 12th tournament, a 6-bar lift and a flywheel ball shooter. Good luck Currie Robotics! 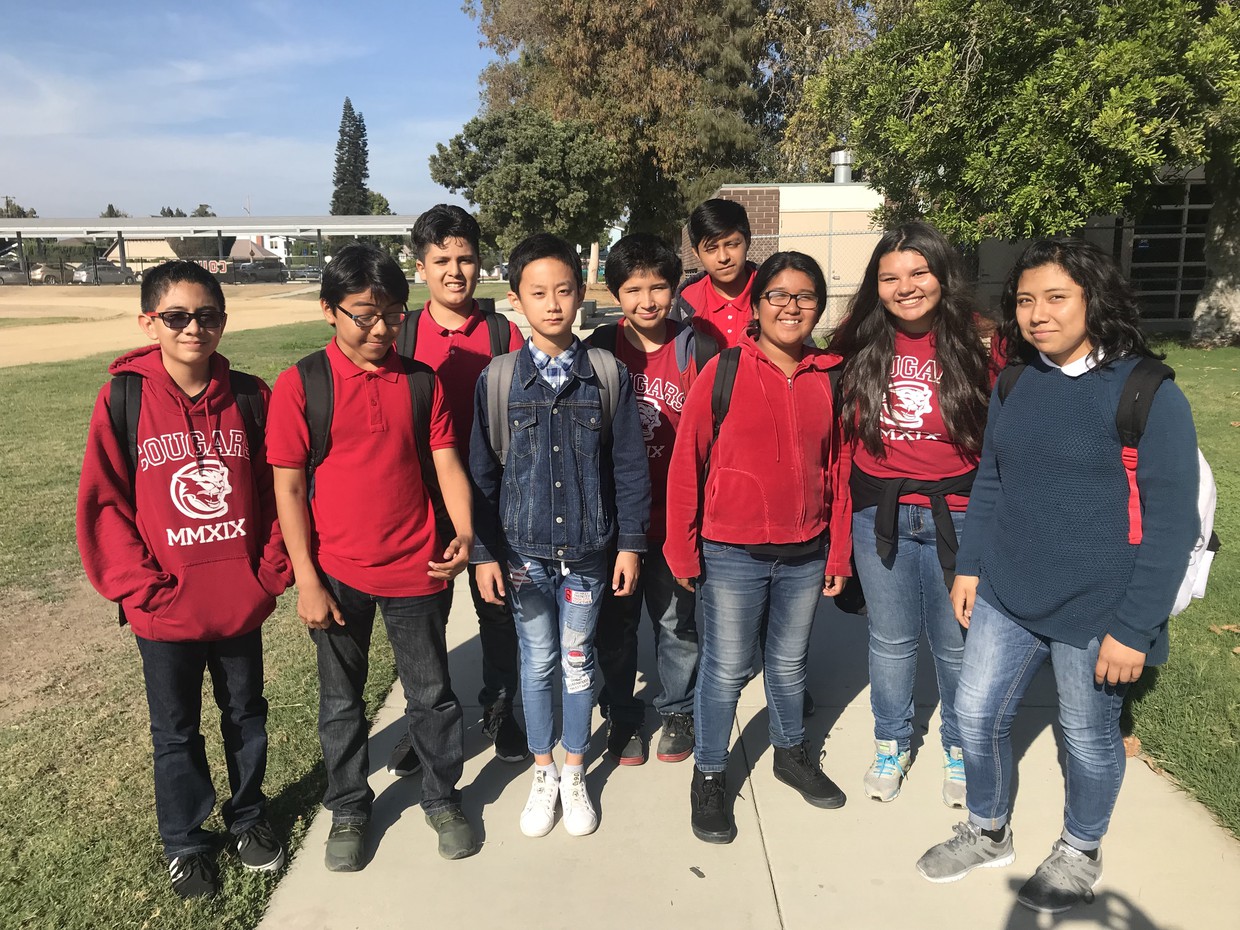 Hicks Canyon Robotics Gets a Makeover

Two new coaches have joined TUSD Elementary Robotics this year from Hicks Canyon, Cathy Gumz and Mike Hoffmann. Both attended a training at the start of the school year and Principal Deena Vela helped to support finding and building a new space for the Hicks robotics program. Pictured below is the new storage organization system and teams getting their first lesson in coding! Good luck Hicks Robotics! 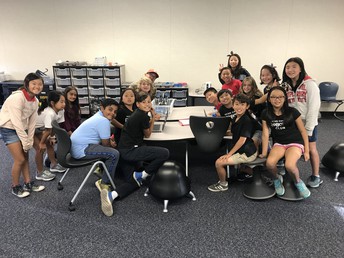 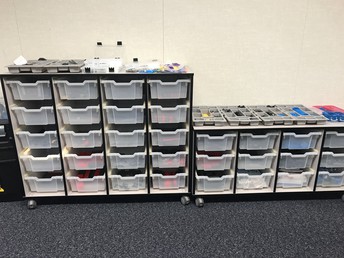 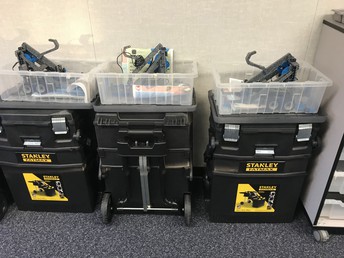 Below is a video from a VEX IQ tournament in Arizona. Notice the strategy, teamwork, and double reverse four bar lift build. This is a very difficult build but expect to see these this year at the California State Championship.

Here is a website with another double reverse four bar built for Next Level.

drive.google.com
Below is a video made during the TPSF Summer Academy that explains the different types of lifts. The students built prototypes of each one. They would need to be modified and reinforced to use for the game Next Level.
https://youtu.be/dmNF_Itz_Fc