Get email updates from Gigi: 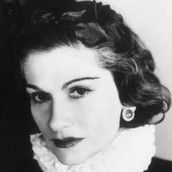 On August 19, 1883, in Saumur France, Gabrielle Bonheur Chanel was born. Chanel’s mother died when she was young so her father sent her and her sister to the catholic monastery orphanage, where the nuns taught her to sew. She became talented at sewing and practiced often. When she left the orphanage at 18 she sang at bars and restaurants featuring the song “Coco”. There she was given a nickname which lasted her a lifetime. She moved in with the rich Etienne Balsan, as his mistress, but used his wealth to begin making hats.

She opened her first hat store in 1910, at Paris’s Rue Cambon. Her stores spread to Deauville and Biarritz. Shortly after she began making clothes. She used lots of elements from the male wardrobe for her designs including the first women's suits, with tight pencil skirts and embroidery. She also designed the first “little black dress”. Before then black was a color of mourning and sadness but she revolutionized it to a stylish sleek evening wear. She used many male jerseys as a base for her designs with many other women loved and asked for one of their own. She made clothing both stylish and comfortable by being one of the first to not use corsets in her tops and dresses. She became famous for her amazing creations and in 1920 she launched her first perfume “Chanel no. 5”. She said “is the unseen, unforgettable, ultimate accessory of fashion that heralds your arrival and prolongs your departure,”. 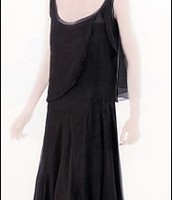 This is one of the original little black dresses Chanel made, starting a huge new fashion, still around today. 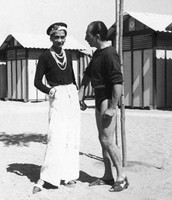 Coco was the first to suntan. Women liked to be pale because darker was associated with the lower class, but when she returned from a cruise with a lovely glowing tan, many admired it and soon the tan became related with wealth and luxury. 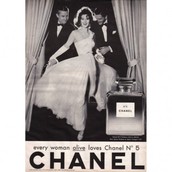 Coco launched her perfume "Chanel No. 5" In 1921. It was the first scent that smelled deliberately artificial. It was made with unnatural ingredient separating it from others and starting a new type of perfumes.

www.dailymotion.com
Biography series page at Hulu.comRevolutionary fashion designer Coco Chanel was raised in a convent where she learned to sew. She would introduce the world to the 'Little Black Dress' in 1926 and become the first designer to put her name on a fragrance

1. What new garments and ideas did Coco introduce to women's fashion, what wardrobe were these new garments inspired by.

2. What where some of her trademark garments.

3. What are some things Coco did differently from other designers. 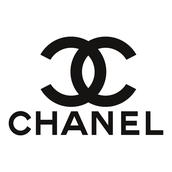 Coco had a large impact of women fashion, still today. She created and made designs both stylish and comfortable. She reshaped the standers of femininity with her suits and trousers, and made the timeless little black dress. She changed the future of fashion which still impacts us today.

Follow Gigi Harris
Contact Gigi Harris
Embed code is for website/blog and not email. To embed your newsletter in your email, click HERE to see how or reach out to support@smore.com